Writing mystery and thriller novels, Harlan Coben is an American author with one of the most widely recognized names throughout the industry. Taking a novel from Coben’s extensive backlog of work, his style is easy to identify, having his own unique approach to the genre that sets him apart from others within his field. Creating a number of iconic characters, his themes typically involve that of memory, usually centred around a misremembered crime or murder, or an accident that proved to be fatal. His multiple labyrinthine twists are also extremely well constructed, taking the reader on a journey in a manner which is wholly non-contrived and idiosyncratic to him.

Releasing his first book in 1990 at just twenty-six years of age, Harlan Coben would release his first novel titled Play Dead, which was a stand-alone thriller story. It would be a thriller mystery, establishing many of the themes and ideas that would feature in Coben’s writing career to follow. These would include sports-stars and his passion for basketball, something which would become even more prevalent in his Myron Bolitar series of novels. This is perhaps the collection of stories that he’s most highly regarded for, with a Mickey Bolitar spin-off series of Young Adult thriller titles. Starting the Bolitar series off with Deal Breaker in 1995, they would feature the various mysteries that would befall the eponymous sports-agent and retired basketball star, whilst the spin-offs would feature his teenage nephew.

Now he’s set to make his way into the world of television, with Coben signing a long-term deal with Netflix to have his work adapted. This has already seen the release of the adaptation of his 2015 novel The Stranger, along with him creating ‘The Five’; an original for the streaming service in 2016, and an adaptation of his 2003 novel No Second Chance. Winning many awards for his work, such as the Anthony Award in 1996, and the Edgar Award the following year, he’s a writer with plenty of highlights throughout his career.

These are my own personal top five highlights in Harlan Coben’s career so far: 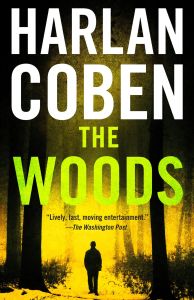 At a summer camp twenty years ago, the sister of Paul Copeland allegedly died at the hands of a serial killer. With the case going unsolved, her body was never discovered, something which has troubled the now public prosecutor Paul to this day. Working in Essex County, New Jersey, he’s embroiled in a new case, and one that’s set to change everything he thought he knew about that fateful event all those years ago.

Fast paced and exciting to read, this character driven story is a great entry into the career of Harlan Coben as a thriller writer. Perfectly showcasing his craft as an author of suspense, he really knows how to draw out the tension and continually build upon it throughout. With plenty of surprises along the way too, it’s not without humor either, as the dark sombre mood is never left to envelop the reader too deeply. 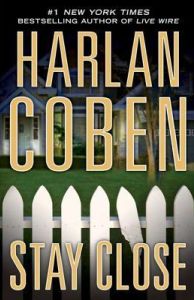 Three people living the lives they never dreamed of; Megan, a soccer mom who’s settled down after her wilder days and is now feeling dissatisfied, her husband Ray who showed promise as a documentary photographer now working as paparazzi, and Jack the detective who’s haunted by the cold case of a missing father. All wanting something else, they soon may have to face the truth that there’s darker elements hiding behind the facade of the American Dream. Getting lost in another world and another life may not be everything that it was initially cracked up to be, which is something they’re going to need to learn fast.

Combining thriller with drama, this is an excellent page-turning story that provides not just a great mystery, but a quality character study too. Showing glimmers of they lives they could have, the tension slowly builds for the reader in a wholly real way that’s easy to relate to. This is all thanks to Coben’s expert use of observation that really draws out the humanity in his subject matter and characters. 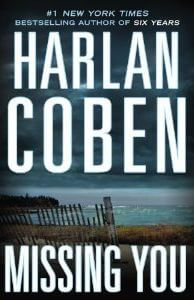 Finding an online dating profile that she never expected to see, the NYPD detective Kat Donovan discovers an ex-fiancée who broke her heart eighteen years prior. Reaching out to the man in order to maybe reignite what could’ve been, she finds her entire world flipped upside down, as everything she thought she knew changes. Now her investigation takes her into new territory, and, with the body count growing, it’s territory that’s more terrifying than ever, especially as the truth behind her father’s murder comes to light.

This is a story clearly from a veteran of the thriller genre, as it’s an excellent read that has a lot of personality to it. A stand-alone title, the story is self-contained, making it a fun and casual story to immerse yourself in, whilst also giving the reader a lot to think about. With plenty of chilling twists too, it’s definitely a story that will keep you guessing, as it’s Coben clearly at his peak best once again. 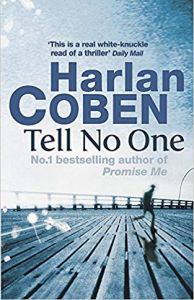 Eight years ago the wife of Dr. David Beck was taken, a night he can remember vividly and, despite being told to move on, he can’t. That’s when he gets a message upon his computer showing a phrase that was only known to him and his wife, leading him to wonder if she’s still out there. Telling no one, he ventures into a dark and shadowy world, filled with secrets and lies, as he attempts to stay alive himself in the process.

This is an excellent thriller with plenty of expertly crafted twists and turns, none of which feel like they’re cheating. Telling the story he wants to tell, Coben is a master of suspense, and this stand-alone title is no exception to that. Making the most of every character and narrative device, nothing is wasted, keeping the reader engaged at every beat of the plot and turn of the page. 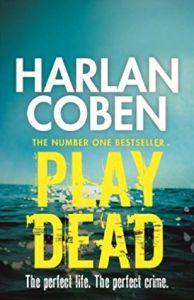 Whilst honeymooning with her husband, the Celtics star David Baskin, tragedy struck as supermodel Laura Ayers was left alone. Going out for a swim in the Australian Barrier Reef, David suddenly went missing, never to be seen or heard from again. Now left a widow with only her grief, Laura must journey back thirty years into the past, as she untangles a whole web of lies and deceit to get to the truth.

This would be the first novel from Harlan Coben, published at just twenty-six years of age, and it’s still a strong title to this day. Seemingly timeless, the story holds up, with its excellent use of mystery, clearly showing a fresh new talented writer on the horizon. Whilst Harlan himself feels the need to apologize for his youth here in the later preface, it’s a great book regardless, with a raw, passionate and exciting story.

Best Authors To Read If You Like Harlan Coben:

Lee Child: Going under the pseudonym of Lee Child, the British writer James Grant is well known for creating the Jack Reacher franchise. Focusing on the ex-army operative who’s gone solo, it sees him travelling across the United States, taking on various missions that only he’s capable of. Much like Coben, Grant has a gift for building suspense, knowing exactly how to combine action with tension at the right moment.

David Baldacci: Similar to Coben, David Baldacci is an American writer of thriller novels and crime fiction that really make the most of the genre. These are again more action oriented, with many of his series featuring long-running protagonists, such as his Will Robie novels. He’s also known for creating highly atmospheric conspiracy theories too, typically featuring corrupt government agents, where nobody is quite sure who’s working for who.

Tami Hoag: Well crafted thriller novels filled with suspense, American writer Tami Hoag’s books will appeal to those that appreciate Coben’s use of mystery. She does write some contemporary romance novels too, which gives her characters a deeper sense of personality; a factor that has proven to be hugely successful. With a heavy use of ambiance, her books have a rich and seductive air about them, drawing the reader in and keeping them there.

Michael Connelly: The work of American author Michael Connelly would be appealing to those looking for character driven mysteries. Largely known for creating the protagonist of Harry Bosch, his stories have seen the much loved detective grow and evolve over the years, much like Myron Bolitar. Using the genre to create something new and interesting, Connelly is a master of the craft, with his Bosch character having been adapted into a long-running show for Amazon Prime.

Karin Slaughter: A crime writer of American thriller novels, Karin Slaughter has created a number of richly drawn mystery titles, along with a whole host of characters. Similar to Harlan Coben, she takes the reader on a journey, as they get to see her protagonists develop and evolve, whilst keeping them guessing at every page turn. Creating her own worlds as well, such as that seen in her Grant County novels, her stories are extremely immersive, as the readers keep coming back for more.

World Book Club – Harlan Coben: Speaking to the host and an audience of his readers, this illuminating interview with the BBC gives an insight into who he is as an author. Reading from his work too, it’s a personal and in-depth look at his stories.

The B&N Podcast – Harlan Coben: Providing a more intimate interview, this takes a look at what goes in to the writing of Coben. Looking at where his stories come from, he plunges into his sources of inspiration.

The Penguin Podcast – Harlan Coben: Speaking with the presenter Konnie Huq, Coben gives another analysis of his work, this time looking at the novel ‘Don’t Let Go’. It examines his literary inspirations, along with his passions outside of writing, such as basketball, which have also influenced his work.