Writing spy thriller novels, the American writer Brad Thor is a well established and respected figure within the genre. One of his bestselling creations is that of ex-Navy SEAL Secret Service agent Scot Harvath, as he turns to counter-terrorism, keeping the United States safe from any and all enemies. Travelling all over the world in his pursuit for justice, he follows his assignments wherever they take him, in this fun and suspense fuelled series. A compelling collection of books that successfully set out to entertain the reader, they also create a strong and complex character in the form of Harvath himself.

Starting the series in 2002, Brad Thor would begin the Scot Harvath franchise with the novel The Lions of Lucerne. This would effectively introduce the character for the first time, as it was quickly followed up the next year, with Path of the Assassin being released in 2003. Over the subsequent series of books, Harvath would proceed to complete a number of different missions, and ultimately saving the day. While the series itself is highly entertaining, Brad Thor pays close attention to detail, ensuring accuracy in regards to military operations throughout. There are moments when the series moves into geopolitics, but it largely pushes forwards in creating a compelling and tense thriller franchise that has reached countless readers worldwide.

A film has been planned to be made of ‘Lions of Lucerne’, with Louis Leterrier set to direct, as it’s already been put into production. Also named as one of the top 10 best political thrillers ever by Barnes and Noble, the stage would be set for the series to follow, with there being nineteen books so far and counting, the latest one being Backlash in 2019. Winning numerous awards for his work, Brad Thor has established new ground in the thriller genre with Scot Harvath, leading to a lot of notable highlights along the way.

My own personal top five Scot Harvath novels so far are as follows: 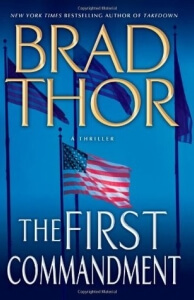 Waking one day, the covert counter-terrorism agent Scot Harvath is horrified to learn that a sadistic and deadly assassin is targeting those that are closest to him. That’s when the president himself commands that Harvath stay away from the investigation, which leads Scot to discover the conspiracy and have his revenge on his own terms. Learning of links between a recent release of prisoners and the attacks themselves, Harvath has to question his loyalty to his country and the institutions he’s spent his life serving.

This would be the sixth book in the series, and there’s plenty of action to keep the story going, never once letting up. The suspense and excitement are what this novel is really all about, as it’s an intense action thriller with a clear knowledge of military procedures. Brad Thor’s attention to detail is impressive, as it’s clear he knows what he’s talking about and understands the world, something which really does help to immerse you as a reader. 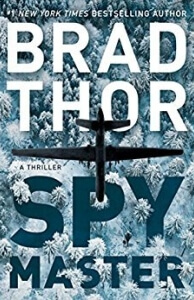 With diplomats being targeted all across Europe by a secret organization, and a foreign ally demanding the whereabouts of an important asset, war seems to be on the horizon. Stepping into the fray is the counter-terrorism expert Scot Harvath, as he reluctantly takes the role that he always said he wouldn’t. Now he intends to play by his own rules and do things his own way, as he aims to get the job done by any means necessary.

The eighteenth book in the series, this has plenty of twists and turns, whilst also keeping the action flowing throughout. With the story itself it’s always topical, as Brad Thor definitely has his own perspective which he’s never unafraid to share with the reader. Regardless of where his audience stands on the issues there’s a lot of fun to be had with the story, as it’s an entertainment novel first and foremost. 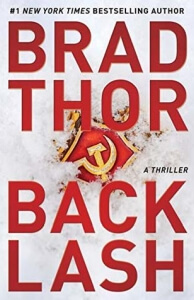 Special intelligence operative Scot Harvath has been badly crossed, leaving him far from home and surrounded by the enemy. Using every skill at his disposal to survive, he must fight to remain alive, as it seems nobody’s coming for him. Harvath also wants revenge and nothing’s going to stop him from getting it.

With this being the nineteenth book in the series, this would be a much later title in the Harvath novels. Having well established the character already, Brad Thor gets straight into the story, and this is one that really strips away all the non-essential ingredients, getting right down to what’s important. It also takes note of a turning point for Scot Harvath as a character, as here he becomes consumed by revenge, taking him to a somewhat darker place. 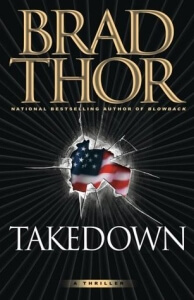 It’s been ages since there’s been a terrorist attack, but finally one fourth of July the city of Manhattan is hit, as a strike happens on American soil. With all the tunnels leading in and out, the city is in turmoil, as Scot Harvath fights through the chaos in the hope of restoring order. His one hope lies in a man that the United States government refuses to acknowledge even exists, and if he could just get to him this could all turn around.

The fifth book in the series, this really shows Brad Thor in his element, knowing exactly where and when to provide each action beat. Using short and snappy chapters to punctuate the action too, it’s a very well paced book that doesn’t waste a single word at any given point. With Harvath himself already being well established, he gets straight down to the action, as his hero is thrown directly into the deep-end. 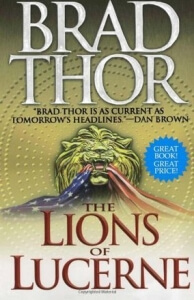 During a vacation on the snowy slopes of Utah, thirty Secret Service agents are taken and killed, whilst the American president is kidnapped. Initially believed to be the Fatah, a deadly middle-eastern terrorist cell, Scot Harvath thinks otherwise, as he’s seen as a threat by those with a hidden agenda. Taking to the mountains of Switzerland alongside Claudia Mueller of the Swiss Federal Attorney’s Office, Harvath seeks to expose the killers there after being framed himself.

The first in the series, this is Brad Thor at his best with the character, introducing him for the first time, as we get to see what he’s really all about. Combining high-octane action with intense drama, it’s an extremely exciting book that really knows how to make the most out of any given situation. The character of Scot Harvath himself is also very well done, making a strong impact on the reader, as they’ll want to find out more about him the books to come.

Best Books & Series To Read If You Like Scot Harvath:

Jack Reacher: Set in the mold of the classic action hero, this series from British writer James Dover Grant, aka Lee Child, is a great collection of fun and exciting pot-boilers. Following the character of Jack Reacher, a former United States military policeman, he now roams America taking on different jobs, undertaking various dangerous assignments. Made into a film starring Tom Cruise in 2012, there’s also a planned television series for Amazon Prime in the works too.

Mitch Rapp: Originally written by the American author Vince Flynn, and continued by fellow novelist Kyle Mills in his wake, the Mitch Rapp series follows the adventures of an assassin for hire. Initially working as an unofficial counter-terrorism operative, he starts to take on more of an official role as the series gradually progresses. There would be a film produced in 2017 starring Dylan O’Brien in the lead-role, titled ‘American Assassin’ after the first chronological book in the series itself.

Charlie Fox: Written by the British author Zoe Sharp, the Charlie Fox series follows Charlotte ‘Charlie’ Fox as she works in security taking on various assignments. Initially kicked out of the army in disgrace, she was an exemplary shot, that was until it all went wrong for her, as she attempts to pick her life back up after the fallout. Many have compared her character to Jack Reacher, seeing her as his female counterpart, but she stands out with her own personality that’s unique and interesting.

Jack Ryan: As a character, John Patrick Ryan, or Jack Ryan, has been enormously successful for a number of years now. Originally written by the American author Tom Clancy, they tell the story of a former US Marine, who goes on to manage a number of assignments for the government. A lot happens over the course of the series, with the character seeing a number of film and television adaptations, such as the latest Amazon Prime series starring John Krasinski in the lead-role.

Jane Hawk: The creation of American novelist Dean Koontz, who’s typically best known for his horror, here writes a series about FBI agent Jane Hawk. Dealing with the aftermath of her husband’s apparent suicide, she believes otherwise, dealing with a conspiracy that spreads nationwide. Building the tension throughout the books, she takes no prisoners, as she must often brave the elements alone to ensure that justice prevails.

Authors Stories – Brad Thor: Looking back at his book Backlash, Brad Thor expands upon his literary career. Speaking about his craft, it’s an interesting window into who he is as a writer.

Authors on Tour – Brad Thor: Discussing his thriller Foreign Agent, Brad Thor gives further analysis to his work. It’s a definite must for fans, in an easy-going and laid-back interview.

What Got You There? – Brad Thor: This sees Brad Thor talking about what’s inspired him as an author, and how he’s gotten to where he is today. Examining his creative process, it’s not just great for fans of the author, but for any aspiring writers as well.