Nora Roberts is one of the most prolific writers of all time. She is a first ballot Romance Writes of America Hall of Famer who has written well over 200 books in her career. She has not only had tremendous success writing under her own name, but she is also the author of the immensely popular In Death series using the pen name of J.D. Robb. Roberts is truly a one-in-a-million author who has seen her novels spend over 850 weeks on the New York Times Best Seller list and another 175+ in the number one spot on that list.

Roberts has been in the writing game for a long time. She got her start while still a stay-at-home mom in 1979. She began submitting her manuscripts to publishers, but was always rejected. Harlequin was the top publisher of romance writer and they would reject her simply because they already had an American writer in Janet Dailey. A new publishing house called Silhouette opened up with designs on taking advantage of the American writers that Harlequin had rejected. That included Roberts and in 1981 her first novel was published, Irish Thoroughbred.

She wrote aggressively from that point forward and in 1996 she surpassed the one-hundred novel mark in her career. In 2012, she then hit the two-hundred novels published mark. Nora was a founding member of the Romance Writers of America and was the first entry into their Hall of Fame. She has had her work made into movies in the past, including Angels Fall starring Heather Locklear and Montana Sky starring Ashley Williams.

The influence of Nora Roberts’ work is felt far and wide. Many authors have tried to imitate her and her style, but they’ve never been able to duplicate it. That said, if you like the work of Nora Roberts you should like these books that we’ve listed below. 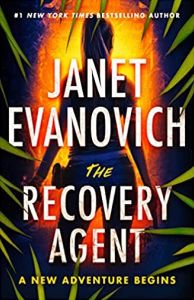 The Recovery Agent by Janet Evanovich

The Recovery Agent is the first book in a series by Evanovich that focuses on Gabriela Rose. The character works as a recovery agent and is hired by those who have lost treasures in their life. Whether it is stolen heirlooms or missing assets, she specializes in getting them back. Gabriela is a cool character under pressure and knows her way around weapons.

Her latest job is close to home as she is hired by her own family who are about to lose their home unless they can come up with some money. If she doesn’t want to see her family’s home wiped off the map, she’ll need to work fast.

The search for capital sends Gabriela to the jungles of Peru in pursuit of the Ring of Solomon and the lost treasure of Cortez. The job can solve all of their problems, but it also comes with a major obstacle in the form of her ex-husband Rafer. He holds the map that could lead them to the treasure and he won’t let her go and find it without him.

The two make a good team when they aren’t fighting about the old times. They need to be a good team because they are going to have their hands full as they go against a vicious drug lord who is also searching for the artifact. Their rival has no problems killing people to get what he wants. 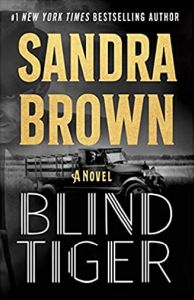 This piece of historical romance was one of the best romance novels of 2021. Brown is a masterful storyteller like Roberts and this book does a great job of combining suspense with romantic tension.

Blind Tiger takes place in 1920 in the height of Prohibition. Thatcher Hutton has returned from war and resumed his life as a cowboy. One day he is traveling on a freight train when he jumps off to avoid trouble, but ends up finding far more trouble that he what he was looking to avoid.

He arrives in Foley, Texas just as a woman goes missing and as the new man in town he is immediately a suspect for the case. His odds of getting off of this one aren’t great either as the mayor and sheriff are corrupt. He’ll end up taking on the role of deputy and soon finds himself caught between feuding moonshiners.

Laurel Plummer came to Foley to get a fresh start, but it has turned out to be just more trouble and tragedy. She is destitute, but makes the choice to go into the regional industry to make some money and the good ol’ boys who have been running the moonshine game aren’t too happy about it. Her success makes her a target of her competitors who don’t follow the rules of the law. Laurel finds herself in the midst of violence and on the opposite side of Thatcher in a moonshine war. 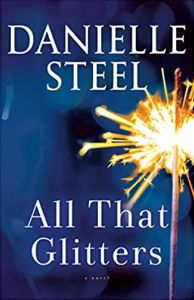 All That Glitters by Danielle Steel

If there is one author who can rival the output and quality of Nora Roberts, it’s Danielle Steel. She has written several books per year for decades now and is one of the bestselling authors of all-time.

Nicole “Coco” Martin is the only child of two parents who love here. She has been given every opportunity in life and seems to be destined to have it all. She has her mother’s beauty and creativity, and her father’s work ethic and diligence. Coco seems to be unstoppable and the world is her oyster if she wants it to be.

She is getting ready to graduate from college and the summer job of her dreams is waiting. Her life couldn’t be better right now until tragedy strikes and her parents are killed in a terrorist attack while on vacation.

She is left devastated and alone, but she must find a way to move forward without her family. She is determined to make her parents proud and pursues her dreams. She decides to think outside the box and play by her own rules which leads to multiple exciting opportunities coming her way. That includes men and she enters into relationships with charismatic and fascinating men. Each of these relationships will teach her new lessons, both good and bad. Coco will learn about what matters to her in life as well as how strong she can be as she discovers herself. 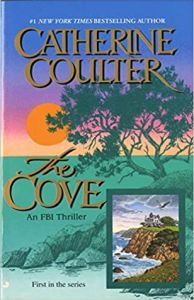 The Cove by Catherine Coulter

The first book in the FBI Thriller series is exactly the type of romantic suspense that Nora Roberts fans have come to love.

Sally Brainerd lost her father, but she can’t remember what happened on that night. He was murdered and she doesn’t know if she did it, her mother did it, or what happened. She decides to get away from Washington, DC and heads to her aunt’s home in The Cove for refuge. However, it is not long after her arrival that Sally starts to realize there is something not right about this little town.

FBI Special Agent James Quinlan doesn’t believe that Sally murdered her father, but he thinks there is a chance that she knows who did. He heads to The Cove to get closer to Sally and try to unleash the memories that are trapped in the woman’s mind.

As he works, James can’t deny the personal connection that he is making with Sally. Their lies and passions will begin to intertwine, but that’s just the tip of the iceberg as Sally and James soon figure that they aren’t the only ones in this small town with secrets to keep.