Bringing together faiths and beliefs from around the world, Paulo Coelho has been lauded from many corners for his lyrical prose and finely crafted contemporary parables. A bestselling international sensation, his infusion of spirituality and self-help into easily digestible stories has seen him become a household name for many. Also adept at historical dramas, the Brazilian writer has had his praises sung by numerous names and celebrities, perhaps most notably by Oprah Winfrey. With elements of new-age philosophy running throughout his work, his stories often contain protagonists finding themselves on a journey of self-discovery and embarking on a quest for truth.

In 1982 Coelho would release his first book, Hell Archives, but this would fail to make much of an impact upon publication. Several years later, he would publish The Pilgrimage in 1987, and this would see him rise in popularity, but it was in 1988 that he would release The Alchemist which would really make his name. Initially written in Portuguese, it would later become a bestselling sensation worldwide, translated into a number of different languages.

With its allegorical nature, it would follow a young protagonist on his search for truth and meaning; something many readers would find solace in. It wasn’t to become a success overnight, though, as he would first need to release his next novel Brida in 1990, before moving ‘The Alchemist’ to a different publisher in HarperCollins.

Since the publication of this novel, he has gone on to publish a novel every two years, with the majority of them being fictional allegories, although he has produced a few collections of essays. Known for thinking upon the nature of the universe on a deeper level, his work seeks to impart these ideas he has. Another novel to exemplify this was Veronika Decides to Die in 1998, which would also help gain Coelho a lot of new fans.

Over the years, his writing has gone on to inspire numerous other adaptations and different media, with his ideas being taken to heart by many. Signing for a television series himself using the characters from his novels, including The Devil and Miss Prym, his work has been adapted to both the large and small screen. In 2009 ‘Veronika Decides to Die’ would also be made into a film starring Sarah Michelle Gellar in the lead role. With a film inspired by his own life, too, along with plenty of awards and plaudits, he’s a writer with many notable highlights throughout his literary legacy.

These are, in my opinion, the best Paulo Coelho books ranked in order of top five: 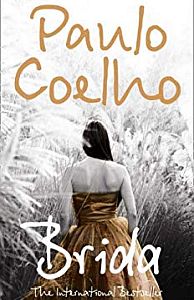 Long interested in magic, Brida is a young Irish girl seeking wisdom and knowledge, hoping to find her way in the world. Meeting people who teach her about the spiritual world, she goes on to meet a wise man deep in the forest who tutors her in dealing with her fears. Another woman teaches her how to appreciate life, while Brida hopes to become a witch herself, finding life, love, and happiness along the way.

Weaving magic and character together in one intoxicating mix, Coelho here provides plenty of life lessons through the journey of his character. A true master of his craft, he sets about imparting his own wisdom and ideals, as it makes for a classic and invigorating novel. Told with plenty of passion, it’s definitely a book that will stay with the reader long after they’ve put it down. 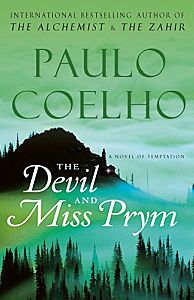 Arriving in the remote village of Viscos seeking answers, a stranger has a backpack holding eleven gold bars and a notebook. He wants to know if people are good or evil and goes about hatching an elaborate plan to find out using the villagers as part of his plot. Soon the community is devoured by greed, as they struggle among themselves, all the while the stranger’s plan comes to fruition.

This is the third published novel in the series titled ‘On the Seventh Day,’ and it follows on thematically from the previous titles answering some of the bigger questions. There’s a lot here to unpack, as it brings its world to life, with its look at temptation and what it means to do good in the world. Its simple premise is used perfectly, paving the way to some larger ideas, as Coelho tells his parable with a clear sense of passion and sincerity. 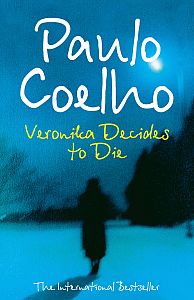 With everything apparently to live for, Veronika has the world at her fingertips at the age of twenty-four, and that’s why it’s such a surprise to everyone when she decides to kill herself. Feeling a void within her own life, she takes a handful of sleeping pills, only to wake up in the hospital, but now she has just days to live, having caused irrevocable damage to her heart. Over those days, a journey of awakening occurs, as she begins to discover what life and living are really all about.

Despite its somewhat upsetting premise involving a suicide attempt, the story itself is an uplifting one, looking at what life really means. In Coelho’s signature manner, there’s a lot of life lessons to be learned here, and it does it extremely well, with both tact and sensitivity. Using experiences from his own life, he really understands the subject matter well, knowing where to take the story, articulating his message along the way. 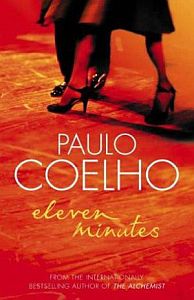 Left heartbroken after dealing with love for the first time, Marla is a young girl from a Brazilian village, as she becomes convinced she will never find true love. Taken from Rio to Geneva after a meeting by happenstance, she finds she may be able to love once more, as she meets a young and handsome painter. Heading off on a journey of sexual discovery, she seeks to find herself, looking for her own ‘inner light’ in the process.

With some fairly risque content, this is a novel that definitely gets quite steamy at points, making for an invigorating read. Looking at sex in a frank and honest manner, Coelho analyzes what that means for the individual and how it makes us who we are. Coupling this with love and it’s a touching and sincere novel with all the hallmarks of a Paulo Coelho instant classic. 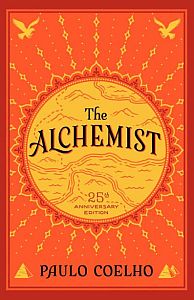 Following the character of Santiago on his journey, this sees an Andalusian shepherd boy embarking on a journey of self-discovery. Traveling from his homeland, he heads out from Spain across the Egyptian desert seeking treasure nearby the pyramids there buried deep. Meeting a cast of characters on the way, including the eponymous alchemist, they all point him in the direction of his treasure. It is not known if it even exists, but Santiago’s journey is not only an external one but an internal one as well, as he looks inwardly to his own heart.

For many, this may seem like an obvious choice, but it’s a Paulo Coelho classic and the one that really started it all. Talking about the need for people to learn to listen to their own heart, it manages to impart some deeper truths and wisdom. There’s plenty of intelligent one-liners along the way, making for an engaging story that really stays with the reader for years after.

Best Authors To Read If You Like Paulo Coelho:

Rhonda Byrne: Previously a television producer and writer, Rhonda Byrne is an Australian author who would take to writing her most well-known book ‘The Secret’ in 2006. Based on the documentary film of the same name released earlier that year, it would combine self-help with spirituality, which many people would testify to, although questions have been raised over its scientific credentials. Regardless, it’s gone on to become hugely popular, and many readers have said to have found solace in it, along with a massive celebrity following, much like Paulo Coelho.

Yann Martel: Using the parable as his template, much like Paulo Coelho, Yann Martel is an award-winning author of allegorical fiction. Writing the novel ‘Life of Pi’ in 2001, he’d also see a film made by Ang Lee of it in 2012, as it would become a hugely popular bestseller worldwide. Weaving deeper metaphorical truths into his work, his work entertains and educates in equal measure, complete with compelling and interesting characters.

Carlos Castaneda: Writing on Shamanism and the supposed teachings of the Yaqui, Carlos Castaneda would purport to write about his own experiences under the tutelage of Don Juan Matus. Many now question its authenticity, but it still remains an interesting series of novels, regardless of whether or not they’re fiction. Drawing from Shaman mythology, his books interweave spirituality and psychedelics, reaching for some hidden truths that make for an enlightening read.

Machado de Assis: Also a highly respected Brazilian author, similar to Paulo Coelho, Machado de Assis is considered as one of the greatest writers from his country. Many artists have cited his work as a massive inspiration, with his fiction being hugely influential and important. Revolutionizing the form, he would alter the way people thought about storytelling, making him one of the most compelling writers of his generation.

Khaled Hosseini: A storyteller with a deeper sense of understanding of his craft, Khaled Hosseini has produced well-received novels such as ‘The Kite Runner.’ This would be made into a 2007 film that was also fairly popular with good reviews, making for an engaging and compelling story. Both Hosseini and Coelho seek to impart messages through their writing, making an emotional connection with the reader.