Horror is a genre that just won’t go away. It doesn’t matter if you think that you’ve read all the genre has to offer, there are always new horrors in the world and in our lives, and new way that these novels find a way to scare us. From psychological horror to a classic ghost story, these novels have a way of keeping us at night and double-check the locks.

The year of 2021 was another great one in the world of horror and this list was not very easy to put together. I have six honorable mentions on top of my top five, but I could put this list together in reverse and still be happy with it. There were just so many great horror books that I read this year, but these were my favorite eleven books.

This list is the best horror books that were published in 2021: 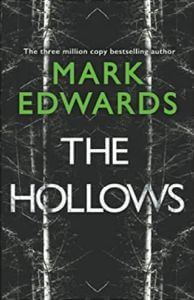 See at Amazon#5: The Hollows by Mark Edwards There is nothing scarier than a dark, creepy woods and that is exactly where this one is set.

Tom’s marriage is over and his career is in shambles. He decides that his best course of action is to reconnect with his fourteen-year-old daughter, Frankie. He makes plans with her to head to a cabin resort deep in the woods of Maine. There is something a little off about the place with whispers in the trees and windchimes echoing in the forest only adding to the creepiness.

Tom meets a pair of true crime podcasters at the resort who warn him of Hollow Falls dark history. Twenty years ago, a double murder managed to shut down the resort. The crime went unsolved and now the area is filled with murder-obsessed tourists. Tom and Frankie will soon learn that there is something disturbing going on here and their dream trip is about to turn into a nightmare. 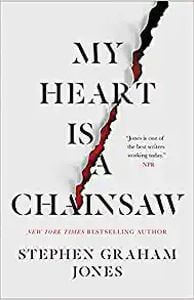 My Heart Is A Chainsaw is an homage to the slasher film that takes place in a gentrifying rural lake town. Jade Daniels is a half-Indian outcast in a town that wants nothing to do with her. To get by, Jade live in her own world and seeks protection from it all in the world of horror movies, especially the ones where a masked killer seeks revenge. Jade narrates the on-goings in her town as if they are happening in a slasher movie.

Then blood starts to actually spill in the waters of Indian Lake and Jade uses her encyclopedic knowledge of these movies to predict what will happen next. Jade drags the readers into her dark dream where a portrait of a scared, traumatized girl is the one beneath the mask. 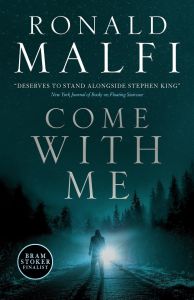 See at Amazon#3: Come With Me by Ronald Malfi The author of this book has written numerous horror and thriller novels in his career, but Come With Me just might be his masterpiece.

The story focuses on Aaron Decker whose life is changed for the worse when his wife is killed. He is shaken by her absence, especially as he is haunted by her ghost. As Aaron goes through her belonging, he finds a receipt for a motel room in a different part of the country. Overwhelmed with grief and curiosity, he heads on a journey to figure out what exactly his wife was up to in her final days.

His digging leads him to discover dark secrets about his with that he wasn’t prepared for. Her hidden life was filled with death and horror, and with each new secret that he learns, Aaron becomes more obsessed with finding out more. Even as his search puts him closer to his own death. 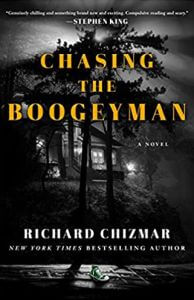 In the summer of 1988, the dead bodies of girls once thought missing begin turning up in a small town in Maryland. The evidence leads police to believe that there is a serial killer on the loose. However, a rumor among the town’s people is begging to spread that states that the thing stalking the girls isn’t human at all. Law enforcement believes that the killer is human and they they are playing mind games with them.

A curfew is enacted in town just as recent college graduate Richard Chizmar returns home. He is preparing for his wedding and starting a new career when he finds himself smack dab in the middle of a real life horror story. Richard begins to write a personal account of the killer’s reign of terror, blissfully unaware that everything that is happening now will go on to haunt him for years to come. 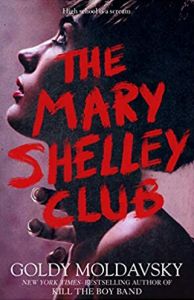 Rachel is the new girl at school who turns to horror movies for comfort. She simply prefers the killers and monsters of the movies to the bored rich kids of Manhattan Prep. There are also some memories that she would also prefer to keep buried in the past as well.

Then she is recruited by a mysterious society of students known as the Mary Shelley Club. Members of the club orchestrate Fear Tests, pranks based on movies and urban legends, on others. Rachel embraces the power that comes with these reckless pranks, but things get crazy as the Fear Tests begin to escalate and the competition begins to turn deadly. Soon, Rachel finds herself playing a game that she can’t afford to lose.

The Whispering Dead by Darcy Coates: Keira is homeless and being hunted, but right now she is desperate to escape a bitter storm. She ends up in an abandoned groundskeeper’s cottage on the edge of a cemetery where she hears the whispers of the dead and sees their spectral shapes. Now, Keira has become the target of a woman who died before her time and she is determined to help free the spirit.

When the Reckoning Comes by LaTanya McQueen: Mira fled her segregated home in the South and never looked back, but now she’s drawn back to town to attend her white friend Celine’s wedding. The event is taking place at a former plantation known as the Woodsmen. Despite its renovations, the Woodsmen is a tribute to its racist history with reenactments, a mostly black staff, and antebellum era drinks. As much as they’ve tried to cover things up, they can’t hide the rumors of the ghosts of slaves who seek vengeance on the descendants of those who tortured them.

The Final Support Group by Grady Hendrix: One of the modern day masters of horror enters his take on the slasher genre with The Final Support Group. A group of final girls, survivors of massacres, meet together in a support group with a therapist. When one of the women in the meet goes missing, the rest are left terrified by the real fear that someone knows about their group and wishes to tear them apart.

The Last House on Needless Street by Catriona Ward: A family of three lives in a boarded-up house on a dead-end street in the woods of Washington. A secret binds them together and keeps them secluded, but a new neighbor moving in next door will change that and what was thought to be buried will come back to haunt them.

Whisper Down the Lane by Clay Chapman: Inspired by the the McMartin preschool trial and Satanic Panic of the 1980s, Whisper Down the Lane sees a man who has tried to erase his dark past. Sean was five years old when his mother led him to lie about his teacher and that one lie grew into a nationwide moral panic. In the present day, Richard is confronted by someone who knows what Sean did, but do they know they are the same person?

The Book of Accidents by Chuck Wendig: Nathan grew up in a house in the country with an abusive father and has never returned since or told his family what happened. As a child his wife Maddie was making dolls when she saw something that she shouldn’t have and has been chasing that lost trauma ever since. There was something sinister in this town, deep in the mountains and the coal mines of Pennsylvania. Now, the two are moving back to their hometown with their son and what happened long ago is happening to their son.

“Chasing the Boogeyman” and “The Book of Accidents” were in my top 3, easily. I also loved “Nothing But Blackened Teeth” by Cassandra Khaw, but as a very short story (about 125 pages) I’d hesitate to rank it too far above a bigger work.

I know what you mean – I try not to let length influence rankings etc but it’s very hard to rank a shorter story.