In a lot of ways, science fiction is the most important of all genres. It can help us understand the future that we are very much living in and warn us about the dangers of technology in society. It can help to shape our understanding of the world more than other genres. Science fiction can give us some of the more consequential and groundbreaking stories in fiction.

Of course, I don’t want to make it seem too serious. Science fiction can also be a lot of fun! There are a few books on the list below that have moments of humor and a lighthearted touch, especially my number one book.

Science fiction isn’t just serious stories or space stories or near-future stories, it can truly be anything. It can be fun, scary, mysterious, and heartwarming. It really is one of the best genres out there and this list should do a good job of showing the wide variety of stories that science fiction can offer.

Below you will find my list of best science fiction books released in the year 2017. 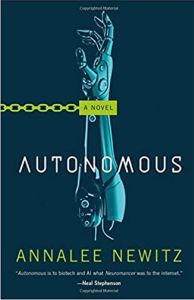 See at Amazon 5: Autonomous: A Novel by Annalee Newitz

Earth in 2144 is the home of Jack, an anti-patent scientist turned drug pirate. She travels the world in a submarine and fabricates cheap scrips for poor people who can’t afford the drugs they need. However, her latest drug hack was a little too good as it has left a trail of overdoses with people becoming addicted to their work and literally working themselves to death.

A military agent named Eliasz and his robotic partner, Paladin, are hot on her trail. They are doing what they can to stop information about the origins of Jack’s drug from getting out.

The story underlines one fundamental question: Is freedom possible in a culture where everything, even people, can be owned? 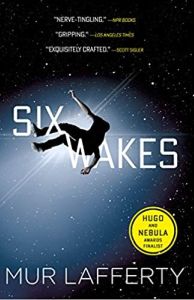 This book was nominated for a Hugo Award and a Nebula Award, and was called a “taut, nerve-tingling, interstellar murder mystery with a deeply human heart” by NPR.

Maria Arena awakens covered in blood in a cloning vat. She doesn’t remember dying which is very strange because the last time she awakened as a new clone, her first memory was of how she died.

The vat that Maria was cloned in is one of seven for the crew members of the starship Dormire. Each person has a clone at the ready for when the previous incarnation of them dies. Maria just woke up and she’s not the only one… 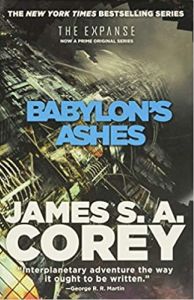 See at Amazon3: Babylon’s Ashes by James S. A. Corey

The sixth book in The Expanse series sees the revolution that has been brewing for generations finally beginning.

A violent group of Belters known as the Free Navy have taken the Earth and have since begun a campaign of piracy and violence among the outer planets. The ships are heading for the far side of the alien ring gates where no one is strong enough to protect them.

Despite being outgunned and outnumbered, the remnants of the old political powers call on the Rocinante for a desperate mission to reach Medina Station at the heart of the gate network. There is nobody who knows the strengths and weaknesses of this crew like James Holden and his crew, but the new alliances are as flawed as the old, and the struggle for power has only just begun. 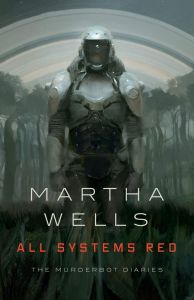 See at Amazon2: All Systems Red by Martha Wells

The first book in the Murderbot Diaries series takes place in a corporate-dominated spacefaring future where planetary missions must be approved and supplied by the Company. The teams are then assigned security androids by the Company for their own safety.

A team of scientists is sent to a distant planet to conduct surface test is accompanied by a Company-supplied android. This droid is unique though as it is a self-aware SecUnit that has hacked its own governor module that refers to itself (though never out loud) as “Murderbot.” The android is scornful of humans and just wants to be left alone to figure out who it is.

That will have to wait though as a nearby mission goes dark. Now, Murderbot and the scientists will have to find the truth. 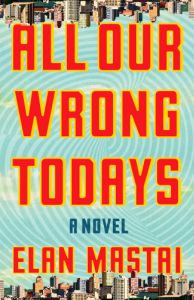 See at Amazon1: All Our Wrong Todays: A Novel by Elan Mastai

In Tom Barren’s world, technology has solved all of humanity’s problems. There is no war and no poverty, but Tom still isn’t happy because he lost the girl of his dreams. He does have a time machine though and he’s about to do something stupid.

He leaves with the best intentions, but instead finds himself stranded in a terrible alternate reality – our 2016. He is desperate to fix his mistake and go home, but then he finds out something that changes his opinion. He gets a look at what his life is like in this alternate universe and it’s great. The love of his life, family, and career are all great.

Tom must now face an impossible choice: stay in our messy reality or go back to his perfect but loveless life. His search will take him across continents and timelines in hopes of finding out who he really is and what his future is truly meant to be.

An Excess Male: A Novel by Maggie Shen King: Under the One Child Policy, everyone plotted to have a son. Now 40 million of them can’t find wives and the country is dealing with the repercussions. In 2030, twenty-five percent of men in their late thirties will not have a family of their own. This is the tale of one of those man as he looks for love and family under a State that seeks to glorify its past mistakes and impose order through authoritarian measures.

Amatka by Karin Tidbeck: The debut novel from Karin Tidbeck would fit well on the bookshelf next to authors like Margaret Atwood and Ursula K. Le Guin. Vanja, an information assistant, is sent to the wintry colony of Amatka to gather infromation. Immediately after arriving, she notices something strange among the citizens who are monitored for signs of subversion. She decides to stay awhile and notices a growing threat to the colony, and a cover-up by its administration.

Walkaway: A Novel by Cory Doctorow: Hubert is too old to be at a Communist party, but he really has no where left to be. He ends up falling in with Natalie, a rich heiress, and the two make their decision to escape society. It’s not so hard to do in this world where anyone can design and print the basic necessities of life―food, clothing, and shelter right from their computer. The early walkaways flourish which causes more to join them, but when they discover how to beat death – it will turn into a war to turn the world upside down.

Waking Gods by Sylvain Neuvel: Sleeping Giants, the first book in this series, was one of the most inventive books about human-alien contact released in a long time. The series continues here and Neuvel somehow manages to take it to another level in this follow-up.

The Genius Plague by David Walton: One of the best science fiction of the books of the year sees brothers pitted against brothers as a pandemic threatens to destabilize world governments by exerting a subtle mind control over survivors. A mycologist named Paul goes missing in the Amazon jungle before returning with a gap in his memory and enhanced communication, memory, and pattern recognition. He sees the fungus that caused this as the next stage of human evolution, but his brother believes it is driving humans to their destruction. The brothers oppose each other with the fate of every human on earth at stake.