There is nothing in life quite like a good scare. A jump scare is great in a movie or a television show, but the scares that come from books just hit differently. A sense of creepiness that just engulfs you. A feeling of dread that just gets worse as the book goes on. There is something special about reading a horror book that scares you in a way that movies or television never could. Your imagination just runs wild with fear.

I’ve read a lot of great horror books over my lifetime, but I never get sick of it and it’s always exciting to see what new things that people come up with. With a lot of genres, it can feel like every possible type of story has already been told. That’s not the case with horror at all. There are always new fears in the world and new ways to scare your pants off.

There are those out there that don’t like horror and I have to say: I don’t get it. Even bad horror is worth a read! This list below is anything but bad horror though. 2019 was a scary year and there were a lot of books that came out that outdid what was happening in the real world.

This list is the best horror books that were published in 2019: 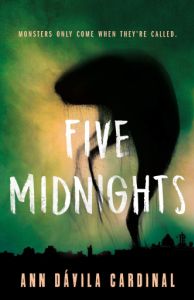 See at Amazon 5: Five Midnights by Ann Dávila Cardinal Based on the el Cuco myth and set in modern day Puerto Rico, Five Midnights was a smash hit and the 2019 Digital Book World Award Winner for Best Suspense/Horror Book.

Lupe arrives in Puerto Rico to spend the summer with her family. What she doesn’t imagine is that she’ll become involved in the murder investigations of her uncle. The two murders take place within a few days of Lupe’s arrival which leads her to worrying greatly about her missing cousin Izzy as she suspects the cases are related.

Lupe teams up with Javier who realizes that both of the victims were part of Los Cangrejos, a group that he was also a part of when he was younger. The two work together to try and find Izzy and discover who is responsible for the murders. As they get closer to the truth, they start to believe that the legendary El Cuco is following them with designs on taking them as well. 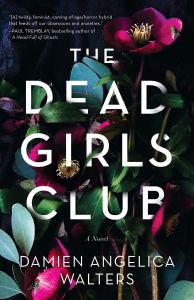 See at Amazon 4: The Dead Girls Club: A Novel by Damien Angelica Walters The title of this book refers to a group of girls that Heather belonged to in 1991. The group was for those obsessed with the macabre where the girls talked about serial killers, monsters, and myths. The Red Lady, a spirit of a vengeful witch was one of the many things they discussed.

Heather also knew that the stories were nothing to take seriously, until her best friend Becca started insisting that the Red Lady was real and ended up dead.

Now, nearly thirty years later, Heather has done her best to put that night behind her and has never told anyone about what really happened. That all changes when a familiar necklace arrives in the mail, a necklace Heather hasn’t seen since the night Becca died. The night Heather killed her. Someone knows what she did and they’re going to make her pay. 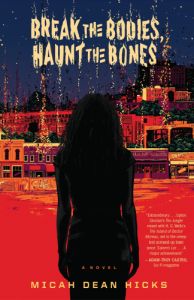 See at Amazon 3: Break the Bodies, Haunt the Bones by Micah Dean Hicks Ever since she was a child, Jane has been haunted. She carries the spirit of a ghost girl that feeds on people’s secrets and fears with her. The ghost girl tells Jane what they are thinking and feeling, whether she wants to know or not.

Her brother, Henry, is also ridden by a ghost who forces him to build strange and dangerous machines. While there mother is also possessed, but a lonely spirit that burns anyone she touches. The entire town of Swine Hill is filled with ghosts, there are more living than dead here.

New arrivals in town begin scoring precious jobs at the last factory in town which makes both the living and the dead are furious. Now, Jane must find a way to save her haunted family and escape the town before it kills them all. 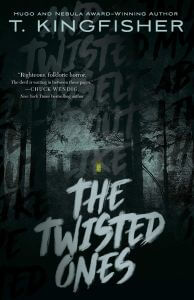 See at Amazon 2: The Twisted Ones by T. Kingfisher After losing her grandmother, Mouse heads to rural North Carolina to clean out her house at the request of her father. She can’t imagine what she’s going to find.

It turns out that her grandmother was a hoarder and her house is filled with rubbish. For most, that would be the worst of it. For Mouse, it gets much worse when she finds her step-grandfather’s journal. The book appears to be filled with nonsense, but then she starts to see some of the things that he described in his writing.

Mouse is alone in the woods with her dog when she finds herself face-to-face with impossible terrors. It turns out that the things that go bump in the night are real, and they are looking for her. Now, she’ll need to face them head on if she hopes to survive. 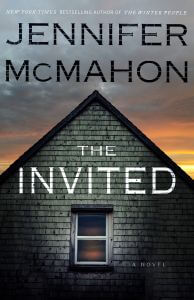 See at Amazon 1: The Invited: A Novel by Jennifer McMahon Helen and Nate make the decision to give up the comfort of suburbia and move to forty-four acres of rural land. The plan is to build the house of their dreams in the peace and quiet of nature.

However, they soon find that this beautiful property has a dark and violent past. The legend of Hattie Breckenridge, a woman who lived and died there a century ago, becomes an obsession for Helen. As she digs deeper into the story, she finds that Helen and her descendants, three generations of Breckenridge women, all died under suspicious circumstances.

As the two build their home it becomes a place of menace and unfinished business. Their new home is haunted and it is beckoning Helen, Nate, and their neighbors toward unimaginable danger.

The Toll by Cherie Priest : Titus and Melanie are recently married and decide to take their honeymoon in the Okefenokee Swamp cabins for a canoeing trip. On the drive there along Route 177, the road narrows into a rickety bridge with room for only one car. The next thing Titus knows, he’s waking up in the middle of the road with no bridge – and no Melanie – in sight. He calls the police who tell him there is no such thing as Route 177.

Growing Things and Other Stories by Paul Tremblay: A chilling collection of stories from one of the best horror writers working today. The collection features nineteen stories of short fiction, including “The Teacher,” a Bram Stoker Award nominee about a student who is forced to watch a disturbing video that will haunt and torment her and her classmates.

The Tenth Girl by Sara Faring: A woman fleeing her home takes a job at an Argentinian finishing school. The local legend states the the land will curse those who settle there, but Mavi does her best to embrace the strangeness. Then one of her students goes missing and it becomes harder to accept. Students and teachers begin to behave as if possessed and Mavi realizes she must confront the forces haunting this land.

Ghoster by Jason Arnopp : After getting ghosted by her boyfriend, Kate does something she knows she shouldn’t: she hacks his phone. She just can’t help herself but to look through his social media. That’s when the trouble starts and strange things start happening. She locks herself in her apartment until she figures out what is happening, but the deeper she dives into her boyfriend’s life – the less she realizes she knows about him.

Imaginary Friend by Stephen Chbosky: Kate moves her son Christopher to small town in Pennsylvania for a fresh start. It seems like the perfect place to settle down until the day that Christopher vanishes. He’s gone for six days with no trace before he reappears from the woods. He is unharmed, but he’s brought something back with him: a voice in his head that only he can hear and a mission to build a treehouse in the woods. If he doesn’t, his mother and everyone else in town will never be the same.