Written by the American horror and thriller novelist Dean Koontz, the Jane Hawk series features an FBI agent dealing with the aftermath of her husband’s death. Finding herself in a world of conspiracies, as she has to sort the truth from the truth, she must find out what really happened with her husband’s alleged suicide. Not believing him to be capable of such a thing having been happy in life, she decides to investigate further, which is a case this series follows. Taking her on a journey, she solves various different mysteries along the way, all in an effort to discover the truth and ensure justice prevails.

Starting out in 2017, the series would begin with The Silent Corner, which would establish the character and central premise of the novels. The second book, The Whispering Room would also come out that year, followed by book three, The Crooked Staircase, and book four, The Forbidden Door, in 2018. Book five, The Night Window, would later come out in 2019, as they would all focus on a conspiracy featuring mind-control and powerful institutions lurking in the shadows. There’s also an audio novella taking place before book one titled The Bone Farm released in 2018, featuring FBI agent Jane Hawk in a stand-alone case on the trail of a killer. With a tough and resilient protagonist in the lead, Hawk is stubborn in her pursuit of justice, often going solo in her attempts to find those guilty.

Many of Koontz’s novels have been adapted for film television in the past, so it should come as no surprise that The Silent Corner was previously commissioned for a television series. Set to be produced by Anonymous Content, this was announced back in 2017, although not much has been heard on it since. The series itself has been hugely successful though, gaining a lot of critical acclaim and commercial success, with many strong entries throughout its run.

These are my personal rankings of the Jane Hawk novels: 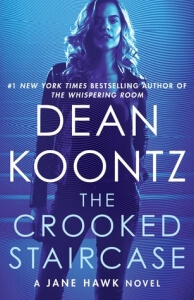 Battling a one woman war against a conspiracy that threatens the safety and freedom of millions, Jane Hawk is up against the elements. Wanting to bring justice to the death of her late husband, she finds herself pitted against an army of hired killers, whilst also on the run as a rogue FBI agent. Heading to the place where her nightmare first took place, she goes back to Lake Tahoe and ‘the crooked staircase’ to face off against a deadly enemy to finally learn the truth.

Working as the third instalment in the series, this really takes the concept forwards into new realms, expertly building upon what came before. In the character of Jane Hawk we see a wonderfully crafted protagonist who really knows what she wants, and is fully driven in her goals. Keeping the story grounded too, Koontz does a great job of ensuring that the action and narrative is believable, allowing the readers to fully immerse themselves in the world. 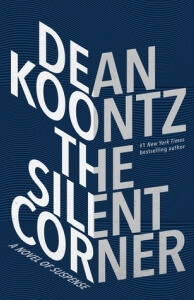 Dealing with the aftermath of losing her husband, Jane Hawk seeks justice for what she believes to be a murder. Given that he was happy in life, it appears suspect to her that he would commit suicide; a trend which seems to be becoming more and more frequent amongst accomplished and successful members of society. There are powers that be that don’t want her to learn this truth though, as Hawk, an FBI agent with a mission now, finds herself in over head in a conspiracy of monumental proportions.

With a strong attitude and direct approach, Jane Hawk is a powerful protagonist in this more than compelling series opener. Getting straight to the heart of the action, Koontz wastes no time in delivering a story that is exciting, filling it with both suspense and tension. Setting up the books to follow in terms of both ambiance and themes, there’s plenty of questions asked, leaving the reader wanting to find out more. 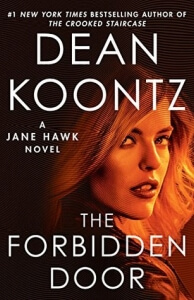 Deeply immersed into the mind-control conspiracy now, Jane Hawk continues in her quest for justice, looking to prevent yet more untimely deaths. Striking hard against the secret cabal of a hidden elite, she aims to take down the technology that brought her husband to an early demise. Now it appears that those behind this terrifying plot are aiming to threaten her through her five year old son, as she races against the clock to keep him safe from them, and the mind-controlled individuals they pit against her.

Taking the action up a level, everything is on the line for Jane Hawk here, with the stakes being raised to boiling point. Koontz handles this with ease, confident where the story is going and how to handle the characters and the world of the series. This being the fourth Jane Hawk book, it picks up directly from where the last left off, perfectly paving the way for what’s to come in the thrilling climax. 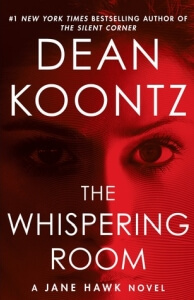 Following the shocking carnage caused by the schoolteacher Cora Gunderson and her subsequent suicide, it initially appears that she was legally insane. Knowing otherwise though, Jane Hawk is well aware of the secretive cabal behind her death, pushing her to investigate further and bring those responsible to justice. Putting her son into hiding and going rogue, Hawk is on a mission against a mind-control technology, now a fugitive herself being marked as one of America’s most dangerous criminals.

Delivering the second title in the series, Koontz brings the action forwards with Hawk’s sheer determined approach to her mission. Taking factors like her job out of the equation, it strips the story back to the bare elements, these being her against the powers that be. This makes for an extremely exciting and highly entertaining narrative, raising the expectations of the reader as she braves it alone. 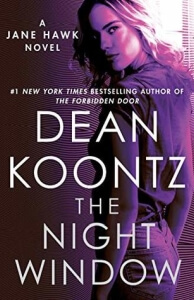 Building up a resistance of sorts against the shadowy society now known as the ‘Arcadians’, Jane Hawk aims to prevent the complete takeover of society through mind-control. Facing off against an army of mind-controlled, or ‘adjusted’, citizens, Hawk and her allies must battle against the secret order and stop them before it’s too late. Confronting the main power at the heart of the nefarious plot, she must use all the skills at her disposal in order to take them down.

Set to be the final battle for Jane Hawk, this is the exciting fifth title in the Jane Hawk series, and the thrilling climax to the story. Filled with twists and turns, many of which the reader never sees coming, it’s definitely an ending worthy of what’s come before, fully delivering on its promise. With a sense of the epic to its story at this point, I still cared about the character of Hawk, which is a clear testament to the skill of Koontz as a writer.

Best Books & Series To Read If You Like Jane Hawk:

Smoky Barrett: The creation of American thriller writer Cody McFayden, Smoky Barrett is a highly singular FBI agent who was left scarred badly after her run-in with a serial-killer. Fighting not just against criminal and external enemies, she also fights to keep herself grounded, pushing forwards to get past her ordeal. Not letting it define her, she’s an intricately drawn personality who really stands out off of the page, using her wits and intelligence to finish the case.

Invisible: Written by the renowned American thriller author James Patterson, the Invisible series features FBI agent Emma Dockery, along with her ex and now partner in the field Harrison Bookman. Solving various different cases, Emma Dockery takes the lead, often on her own, solving mysteries and bringing serial-killers to justice. Whilst there’s only two novels so far, it’s a series that has the potential to continue indefinitely, with its compelling and driven protagonist.

Jack Reacher: More action oriented than the previous writers, Jack Reacher is essentially a one-man army, having been an army investigator, now turned drifter, taking assignments as and when he wants them. Written by the British writer James Dover Grant, aka Lee Child, they’re exciting stories that combine action and suspense to thrilling effect. With a well defined personality too, he’s not just a two-dimensional stand-in for the all action hero, with his own inner workings that really do make him shine.

Alex Cross: The Alex Cross series is again written by the American novelist James Patterson; an author also celebrated for his mystery stories. His Cross novels are especially popular, as they focus on the detective and family man, seen working for the Metropolitan Police Department in Washington DC. Adapted into various cinematic works, he’s been portrayed on-screen by Morgan Freeman and Tyler Perry over the years too.

Atlee Pine: An FBI agent with a particular set of skills, Atlee Pine is the hardened creation of the American writer David Baldacci. Seen taking to the wilds of rural south-western America, she relies on her own wits to get the job done, finding justice for those in need. As mysteries, these are finely tuned character driven thrillers that really make the most of the genre, taking it to exciting new heights.

Beautiful Writers Podcast – Dean Koontz: Talking to the host about his life and inspirations, Dean Koontz guests on this informative show. Going in-depth into where his ideas come from, it provides a fascinating insight into who he is as a writer.

Reading and Writing Podcast – Dean Koontz:This is a straight-forward interview directly with the author himself, covering who he is and what he does. Looking directly at his craft, Koontz explains his creative process for any up-and-coming writers.

Just the Right Book – Dean Koontz: Mostly looking at The Silent Corner, Koontz reflects on his literary career up to that point. Giving insight into the character of Jane Hawk and who he believes her to be, it’s great for both fans of the series and of the author alike.