Working as both an author and as a psychologist, the American thriller novelist Jonathan Kellerman has a unique insight into the human mind. Giving his characters a strong voice and set of motivations, he really gets into what makes them tick as people, something which has resonated with readers worldwide. Producing over forty crime novels during his lifetime so far, along with many works of non-fiction, he’s also one of the more prolific authors of his generation too. Writing full-time now, he’s created a number of noteworthy characters during his time, including Alex Delaware, the detective and forensic psychologist who solves an increasingly complex series of mysteries.

Publishing his first work of fiction in 1985, Jonathan Kellerman would make his debut onto the thriller scene with the novel When The Bough Breaks. This would also be the first in his long-running series of Alex Delaware titles, of which there are now thirty-five novels so far and counting. Prior to this he would release a non-fiction book titled Helping the Fearful Child, which would be an instructional title for parents published in 1981. He would later publish Billy Straight in 1998, which would be the first in his ‘Petra Connor’ collection of novels. There would also be a collaboration with his son Jesse Kellerman in 2014, when they would start the ‘Jacob Lev’ series together with the novel The Golem of Hollywood. They would also both work side-by-side on the ‘Clay Edison’ series, starting with Crime Scene in 2017.

No stranger to Hollywood either, Kellerman had his first film adaptation released in 1986, as ‘When The Bough Breaks’ would become a TV movie, starring Ted Danson in the lead-role. With his work lending itself well visually, as well as being very heavily character driven, his mysteries excel in ensuring that his readers keep coming back for more. Winning awards for his work too, including the ‘Edgar Award’ and ‘Anthony Award’ in 1986 for his debut, his reputation has grown enormously over the years, and will continue to do so, with many stand-out moments in his career.

My own personal top five highlights from Jonathan Kellerman’s career is as follows: 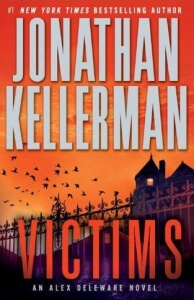 Finding herself in the morgue, Vita Berlin is the victim of a deadly killer, whose brutal murders have stumped LAPD detective Milo Sturgis, leaving him to call-up Alex Delaware once again. The calling card of the killer is a single blank sheet of paper with a question mark, and it’s leaving everyone confused as to the reasoning behind it. Searching for answers, Milo goes on the hunt for the killer, as Delaware finds himself navigating the world of mental-health, dissecting the line between patient and therapist, all whilst investigating the links and clues.

This is a taut effectively told thriller that knows exactly where it’s going, even when the audience doesn’t. With suspects at every turn, the reader is constantly left guessing as to who the killer may be, as there’s plenty of surprises on each and every page. The psychology of the killer is something that’s really fleshed out here too, as it’s clear that Kellerman has a strong understanding of the subject matter at hand. 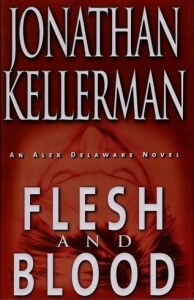 After the discovery of Lauren Teague’s body brutally murdered in a hail of bullets, her mother calls upon Alex Delaware to find the killer. Dealing with mistakes from his own past and his failure to help the girl as a teenager when she showed a lot of promise, he must now learn how her demise came about. From straight-A student to high end call-girl, she got herself involved in a web of conspiracy and lies, one that Delaware must now carefully deduce, bringing those responsible to justice.

While other authors may revel in the subject matter, Kellerman treats it with empathy, dealing with it in a compassionate and sensitive manner. He also does this through an expert building of suspense too, as he understands what it is that makes the genre work so effectively. The characters themselves feel like wholly real people that I actually cared about, drawing me in and making me feel for their plight. 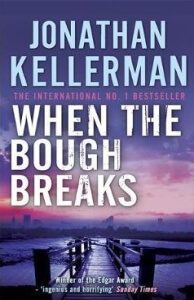 After Dr. Morton Handler is discovered brutally murdered in his Pacific Palisades luxury apartment, it seems the past is catching up on him, following the lifetime of sexual manipulation and fraud he led. Now Alex Delaware, the child psychologist, must go into the past of the witness, seven year old Melody Quinn, as he attempts to find what’s buried there. What he discovers, though, will shock everyone, as he begins to learn of a link to a conspiracy that spans back over forty years.

Being the one where it all started, this is Kellerman at his most raw, providing a great story as we get to know Delaware as a person for the first time. Not only that, but it also offers an engrossing mystery too, showcasing what Kellerman had to offer as an author, with its well plotted narrative and characters. Really drawing his protagonist out, it’s a finely written novel, and it’s no surprise how popular the series became off the back of this. 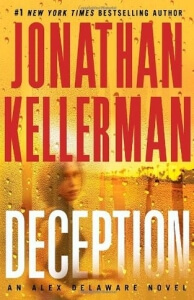 Found dead, the body of Elise Freeman is discovered with a DVD beside her which chronicles her hideous and sadistic torment at the hands of three evil individuals. Then, it transpires, these three are teachers working at Windsor Prep Academy, a highly prestigious school for the elite upper echelons of Los Angeles high-society. Now homicide detective Milo Sturgis must enlist the help of Alex Delaware in order to navigate these corrupt halls, making sure justice prevails.

With this being the twenty-fifth book in the Alex Delaware series and him already being firmly established as a character, this gets straight down to the action of the story. Delivering a great mystery with well developed characters, this exemplifies what’s so great about Kellerman as a writer, drawing the reader in and holding them there. The world is also also well established by this point too, as it provides a tense and compelling story, and one that really kept me guessing right until the end. 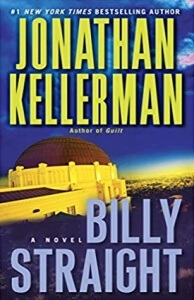 At just twelve years of age, young Billy Straight has just witnessed a highly brutal stabbing take place in Griffith Park, as the runaway flees from the late-night scene. Stepping onto the scene, the LAPD officer Petra Connor must find the boy before it’s too late, all whilst the media swarms around the horrific story of a vicious killer stalking their prey at night. Up against the clock, she must do whatever it takes to solve the case and bring killer to justice, as she navigates the city in all its darkness, getting to the heart of the mystery and saving the child.

Here I just loved the character development, as Kellerman introduces a fresh series and arc, establishing an entirely new world and premise. Focusing on the character of Petra Connor, the Los Angeles detective from the Hollywood Division, it never shies away from the grittier aspects of real life. While there have been only two books in the series so far, with the second one being released in 2004 titled ‘Twisted’, it really works as a novel, showing the full scope of his talents as an author, and of the genre as a whole.

Best Authors To Read If You Like Jonathan Kellerman:

Patricia Cornwell: Well known for getting into the minds of her characters, Patricia Cornwell is an adept author of the thriller genre. Inspiring many of her peers and contemporaries with her stark sense of realism, her stories come across as wholly authentic and well researched. Selling over 100 million copies worldwide, she has been enormously successful with her unique brand of fiction, drawing in readers from far and wide.

James Patterson: Writing thriller novels, the American author James Patterson has come to be best known for his Alex Cross collection of stories. Adapted for the big-screen on numerous occasion, he’s a widely well regarded writer with a gift for tension and suspense. Molding the thriller genre as he sees fit, he’s a craftsman who’s at the forefront of his genre, taking it to new and exciting places.

Michael Connelly: The American writer Michael Connelly is a firm fixture within the field of thriller novels, and has been for quite some time now. Focusing on a more noir oriented style of mystery, he takes the many classic staples of the genre and turns them on their head, making something fresh and new in the process. Creating the Harry Bosch series of novels, which has gone on to become a long-running show on Amazon Prime, he’s a gifted storyteller writing in a compelling and interesting manner.

Faye Kellerman: The wife of Jonathan Kellerman, fellow author Faye Kellerman shares many similar sensibilities to her husband when it comes to the thriller genre. Known for her ‘Peter Decker/Rina Lazarus’ series of novels, she creates intricately woven and intelligent mystery novels. Well regarded by many, she produces a large quantity of quality titles on a regular basis, being highly prolific with a strong body of work.

Jeffery Deaver: Writing highly effective crime and mystery novels, the American author Jeffery Deaver is a huge worldwide bestselling novelist. His novels have also been adapted for film too, with Morgan Freeman starring in his 1997 title ‘The Bone Collector’, coming out in 1999. This would be a part of his much loved ‘Lincoln Rhyme’ series of novels, set around a quadriplegic forensic criminalist, gifted with a keen sense of insight.

Reading and Writing Podcast – Jesse Kellerman: Speaking to the son of Jonathan Kellerman, this podcast gets to heart of what drives Jesse Kellerman as a writer. Also talking about his collaboration with his father, it’s a fascinating insight into the Kellerman writing process. Whilst Jonathan himself doesn’t give too many solo interviews, this offers a unique look into their world.

Jay’s 4 Questions – Faye Kellerman: This focuses on the life of Faye Kellerman as a writer, looking at her personal beliefs and outlook on life. Understanding her Judaism, it manages to provide an interesting look into where she’s come from and how she’s progressed. It also gives an insightful overview of the Kellerman family overall, and what their writing means.

Bay Area Book Festival Podcast – The Kellerman Family of Crime Writers: Speaking to the entire Kellerman family, with Jonathan, Faye and Jesse speaking, this takes a look at who they are as novelists. Learning about their various styles as writers, it provides an interesting window into how they each came to be authors. It also looks at their collaborations with one another, creating their stories and how they’ve helped shape each other.