Creating the quintessentially British children’s adventure novels, Enid Blyton and her Famous Five collection of stories are still admired to this day. Solving mysteries, Anne, Dick, Georgina and Julian, would find themselves having various different adventures, along with the fifth member; their dog Timmy. The first book in the series, Five on a Treasure Island, would be the first of many, as they would solve their first mystery, all whilst meeting each other for the first time too. Released in 1942, there would be a total of twenty-one novels in total produced in Blyton’s lifetime, and many of them would take place in the British countryside.

The adventures themselves would occur during the school holidays, whilst the children were home with a lot of free time on their hands. Capturing the joy and wonder of childhood, they’d deal with smugglers and treasure hunts, having picnics and taking hikes. For instance, the first book would sees them exploring a shipwreck off the coast of Cornwall, as they’re trailed by those that also want to find the treasure and will do whatever it takes to stop them. They’d each have their own distinct personalities as well, such as Georgina who was the tomboy of the group, preferring that people call her George.

Winning numerous awards for the series, it’s gone on to create a legacy that’s had many homages paid to it, along with a number of well known parodies. Crossing different media platforms, it’s seen films made, along with a well known television series running throughout the latter part of the seventies, and one in the nineties. This has all lead to many favorites coming from the series, as fans and young readers continue to enjoy the books to this day.

These are, in my own opinion, what I feel to be the best top five titles in the long-running series of Famous Five novels: 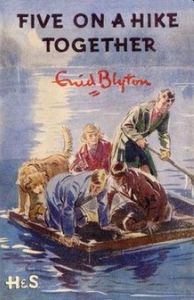 Given extended holidays, the Famous Five decide to go on a cross-country hike, staying at bed and breakfasts as they go. This then leads to an adventure after staying at ‘Blue Pond Farm-House’, as they find themselves uncovering a nefarious plot with an escaped prisoner on the loose. There’s also the case of some stolen loot, as they must work together if they hope to ever have a chance of finding it.

A classic story written in the midst of the series, it has all the hallmarks of what made The Famous Five great as adventure novels. With an idyllic outlook, it’s perfect for younger readers looking for mystery and suspense, as it still holds up to this day. Straight-forward and simple to follow, the story never loses itself either, making it a light, fun, and easy read. 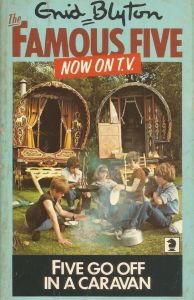 Meeting a young orphan named Nobby who’s travelling with the circus, the Famous Five head off on a caravanning holiday. Camping on a hillside, they meet up with the circus again, but it appears they’re unwanted by some of the adults there, especially considering their position near to some caves. Heading off in to the caves with Nobby, they find that something may be hidden down there, something that the adults don’t want them to see.

Once again providing all the staples of a classic adventure yarn, this manages to hit all the correct beats in its idyllic and uplifting story. The characters all seem to be enjoying themselves, which is something that immediately comes off of the page, and will definitely continue to resonate with younger readers. With the story itself, there’s nothing too taxing either, with its light and fun approach, making it perfect for any children learning to read. 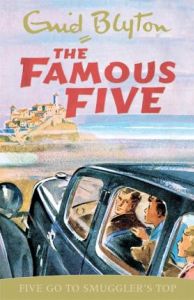 After a tree falls on Kirrin Cottage, the five must this time head to Smuggler’s Top, which is owned by Mr Lenoir. Here they find that Lenoir plans to drain the nearby swamp, something which doesn’t sit so well with local smugglers. With the help of Uncle Quentin, they must work together to stop the villains and help save the day once again.

A large appeal of these books is the camaraderie, and this title is no exception to the rule, with them all working together to get the job done. The setting is pleasant and rural, although here there’s a small element of danger and darkness, which elevates it as an adventure. Not too difficult though, it still retains the sense of fun of what came before, with all the characters having their own distinct personality. 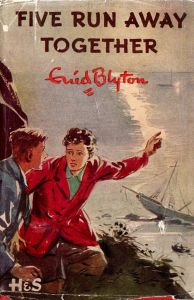 Staying in Kirrin Cottage for the summer once again, Aunt Fanny and Uncle Quentin have to leave the children with the cook, Mrs Stick, after their aunt is taken ill. This leads to Mrs Stick and her family taking a disliking to the children and vice-versa, as the children promptly decide to run away to Kirrin Island. It is here that they discover something nefarious going on with a captive being held there, as they attempt to get to the bottom of it all.

Somewhat darker than the first two offerings, this manages to keep the adventure going at a fun and breezy pace. Never too taxing for younger readers, the villains are well drawn, making for an exciting read that children will enjoy. Everything all works out too, making it a charming and entertaining story, and one of the better ones with its direct simple approach. 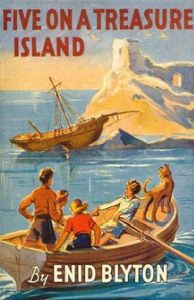 Setting up the series for the first time, this saw the Famous Five all being introduced to one another, as they go to spend time in Polzeath, Cornwall, over the summer. Visiting the nearby Kirrin Island, there’s a shipwreck there that gets blown up in a storm and, exploring it, they discover a treasure map. This directs them to explore the castle on the island, as they realize the treasure’s there, including those who want to get to it before they do.

As the first adventure in the series, this works the best, it being in the manner of a back-to-basics children’s action story. Providing the classic template of a treasure hunt, it definitely manages to keep the pages turning, hitting every beat in the right place. It’s also fun seeing all the characters come together for the first time, exploring the world and allowing young readers to enjoy it with them.

Best Books & Series To Read If You Like Famous Five:

The Secret Seven: Also written by Enid Blyton, this adventure series would feature seven children instead of five, as they’d also solve mysteries together. Focused more on their detective skills, they’d take the mysteries upon themselves, whilst they’d be solved during term time outside of school hours, as opposed to in the holidays. With a colorful cast of characters, it didn’t see a television adaptation, but they did go on to have a large following in their own right.

The Hardy Boys: A long-running American franchise written under the collective pseudonym of Franklin W. Dixon, this has proven to be a huge success globally. Dealing with mysteries in a manner similar to the Famous Five, it features two brothers, Frank and Joe Hardy, taking the lead. Over the years there’s been many different adaptations of it, including television serials and even video-games, with them often being placed alongside the Nancy Drew novels.

Just William: Another classic British series of books, these would follow the exploits of a mischievous young schoolboy named William Brown. Written by Richmal Compton, it would also see well known characters like Violet Elizabeth Bott being introduced, with the series itself starting out in 1922. Adapted for television twice, this has quickly become a beloved British series, with many memorable quotes and stories.

The Adventure Series: This was another series of adventure novels from Enid Blyton, doing exactly what they say in the title. Featuring the same children in each novel, Lucy-Ann, Jack, Dinah and Philip, they also found themselves having various different adventures, much like the Famous Five. Running for a total of eight novels, there would also be a television series in the nineties, and they would usually have their pet parrot Kiki with them.

Nancy Drew: An American series and brand now, these novels would often run in conjunction with the previously mentioned Hardy Boys novels. Published under the collective pen-name of Carolyn Keene, they would feature Nancy Drew as the young teenage amateur sleuth solving mysteries. Spawning a whole industry around the name, the books have gone on to become beloved by generations of young readers across the world.

Famous Five Podcast: Straightforward and to the point, this podcast does exactly what it sets out to do; provide a comprehensive breakdown of each of the novels in the Famous Five series. Looking at how they related to the books as children, this sees its hosts analysing what the stories have meant to countless young readers worldwide.

Enid Blyton – Her Own Greatest Creation: Looking at the author herself, this provides a summarised history of the author herself and what her legacy means to young readers over the generations. It also gets into the Famous Five series, along with a number of her other series along the way.

World Service – Enid Blyton and the BBC: There isn’t too much archival audio and this goes some way towards explaining why, taking a look at how the establishment, and particularly the BBC, viewed her at the time. Despite her huge popularity with children at the time, there was some pushback against her, as can be heard here in this short artefact from the BBC themselves.