As well known for his snappy dialogue as he is for reinventing the Young Adult genre, renowned American novelist and YouTuber John Green is a well-established name throughout the industry. Many know him for being able to make or break a new and upcoming author’s career with a simple recommendation, which has come to be termed the ‘John Green effect.’ His rise in prominence and popularity has grown since the release of his first novel, as he continues to speak openly about his craft. With an ear for how people actually speak too, he leaves nothing out, writing novels that readers the world over want to hear. Regardless of readers’ backgrounds, his books strike a chord, as he often deals with more sensitive subject matter, but in a touching and humorous way.

Focusing on writing from the get-go, John Green would start his literary career with the novel Looking for Alaska in 2005. This would be a teen romance heavily inspired by his own time spent at Indian Springs School based in Alabama, as the experience would shape much of his outlook. One year later, in 2006, he would publish his second book An Abundance of Katherines, which would go on to become a finalist after being nominated for the Los Angeles Book Prize.

His third novel in 2008, Paper Towns, would really take things forward, as it would fast reach the top of the bestseller list, gaining an Edgar Award the following year for Best Young Adult Novel. This would see him gain a large following both online and off, a fandom that would continue to grow with his YouTube channel, the Vlogbrothers, starting it in 2007 and using it to teach all manner of different subjects, from literature to science.

Along with this, he’s also well known for podcasting, producing shows, as well as speaking at numerous different events. An outspoken member of the literary community, he’s reshaped what the format has to offer, shifting how it’s perceived, and this was solidified with the release of his fourth novel in 2012

The Fault in Our Stars would show him in a whole new light, really changing the Young Genre as a whole. This would later be made into a film in 2014; an adaptation that would also receive a large amount of critical acclaim. His novel ‘Paper Towns’ would also be made into a film in 2015, which Green himself would also have a hand in producing. He has spoken on education and the need for the enjoyment of learning, too, always looking for new ideas and inspiration. Over the duration of his career, he’s had numerous notable highlights, with many of his novels standing out.

My own personal top five John Green books are ranked as follows: 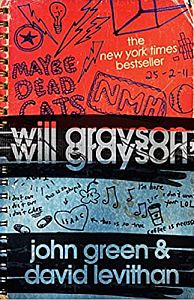 Seemingly from two entirely different worlds, Will Grayson and Will Grayson aren’t living all that far apart, but they might as well be. Then one cold dark night in Chicago, two paths intertwine through a chance meeting, and their lives are irrevocably changed forever. With romantic turns for both of them, there’s a high-school musical on the horizon, as it will be one of the most epic productions ever.

Joining John Green for a collaboration, this book was written alongside fellow author David Levithan, as they would each write one of the Will Grayson’s. This makes for an interesting read, as it would touch on ideas of friendship, what it means, and how it can potentially change a person. There are some strong LGBT themes as well, as it would be one of the first books of its kind to reach the top of the New York Times children’s bestseller list. 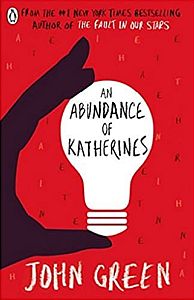 Only interested in girls named Katherine, Colin Singleton is dedicated to a type, it’s safe to say, except that he’s always getting dumped by each of them. With over nineteen Katherines dumping him, Colin is now on a road trip, with ten thousand dollars on him and a history as a child prodigy obsessed with anagrams. Accompanied by his best friend, he aims to center himself with The Theorem of Underlying Katherine Predictability; a theory which he hopes will safely predict the outcome of any relationship.

Fast and funny, the dialogue here is especially entertaining, with some strong ideas and witty turns of phrase. There were some key moments that definitely made me laugh out loud, containing home truths that were easy to relate to. Pushing for hope and light at the end of the tunnel, it keeps the reader engaged throughout, with plenty of heart and warmth from start to finish. 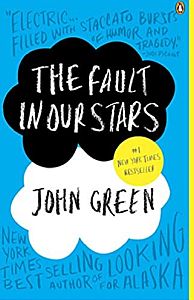 Hazel has had terminal cancer for a long time, with a tumor that has been shrunk through medical treatment, buying her a few more years. That’s when Augustus Waters arrives at her Cancer Kid Support Group, and her whole world is then turned upside down. Falling in love with Augustus, an ex-basketball-playing amputee, as the two of them share the few precious moments they have together.

Perhaps one of John Green’s most well-known novels, this definitely has a lot going for it in terms of heartfelt romance. With a touching relationship between the two protagonists, it never falls into mawkishness or over-earnestness as it so easily could do. It was also translated into a film in 2014, which was well-received, too, really capturing the essence of the story and what makes it so unique. 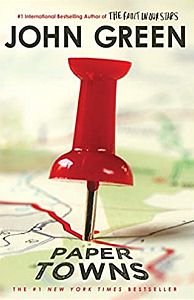 With a huge crush on a girl at school name Margo Roth Spiegelman, Quentin Jacobson secretly admires her from afar. Then one night, she arrives in his window dressed like a ninja, and she beckons him to come out and help her seek revenge, as the two of them then embark on an all-nighter. The next day Quentin turns back up at high school only to find that she’s now disappeared, as he and his friends leave on a trip to go find her.

This made for an extremely intriguing mystery and one that kept me glued to the page every step of the way. The characters themselves feel extremely well-drawn here, with fully developed personalities, as they’re more than just simple caricatures. It feels realistic and grounded with a story that, while being compelling with its mystery, remains easy to relate with authentic-sounding dialogue. 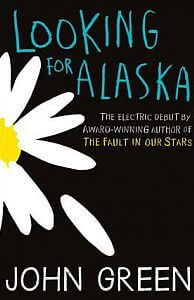 Obsessed with famous last words, Miles ‘Pudge’ Halter is sick and tired of his safe life spent at home, as he yearns for something more. Taking the last words ‘the Great Perhaps’ from the poet Francois Rabelais in his stride, he heads off to Culver Creek Boarding School, where it’s the complete opposite of safe. It’s here that he meets Alaska Young, a woman who is different, pulling him into her orbit, but everything suddenly changes.

There’s a lot of emotional turmoil here, but it wouldn’t be a John Green book if it didn’t have all that driving it forwards. Based on his own life and his experience of boarding school, Green would draw heavily from his past, putting much of it into this book. This is perhaps part of what makes it so effective, as it feels both genuine and honest while also containing a lot of intrigue, keeping it gripping. It’s an entertaining novel that really hits on some home truths, showing Green at his best and most raw as an author with something to say.

Best Authors To Read If You Like John Green:

Jesse Andrews: Both a novelist and screenwriter, Jesse Andrews is a well-established American author, best known for writing ‘Me and Earl and the Dying Girl.’ A leading figure in the Young Adult genre, much like John Green, they both deal with similar subject matter and age ranges. A film was also produced from his debut, and his books would also signal a shift in direction for the YA novel.

Rainbow Rowell: A writer of both Adult and Young Adult fiction, Rainbow Rowell inhabits territory that will be familiar to readers of John Green. Previously a columnist and copywriter, she’s known for her accessibility, delivering her stories in a straightforward and engaging manner. She’s also written for Marvel Comics, and her stories are funny and witty while also remaining true to life and grounded in reality.

Stephen Chbosky: Another writer known for his ability to craft well-plotted Young Adult coming-of-age novels, Stephen Chbosky, is perhaps best known for ‘The Perks of Being a Wallflower.’ He’s also recognized for much of his work as a screenwriter, as well as a director, notably directing the big-screen adaptation of the novel ‘Wonder.’ This has also seen him direct his own novel in 2012, with The Perks of Being Wallflower also being written for the screen by him too.

Gayle Forman: Continually reaching the top of the New York Times bestseller list for her Young Adult fiction, Gayle Forman is an American writer much to be reckoned with. There’s an underpinning of melodrama to her fiction, such as in her award-winning novel ‘If I Stay,’ but she handles it with expert precision. This has made her one of the leading writers currently working within her field to date, emotionally connecting with readers from all over.

Jay Asher: Creating Young Adult novels that deal with difficult subject matter in a sensitive manner, Jay Asher really understands his readers. Also working in comics, Asher is an adept writer, also producing his own memoirs looking back on his life. The novel ‘Thirteen Reasons Why has been adapted into a Netflix television show, bringing in readers from all over.