No genre has the ability to take me away to another world quite like science fiction. Not only because it quite often takes us to other worlds, but because of the way it does that while also holding up a mirror to our own world. There is no genre of book that gets me thinking quite like a good science fiction book.

The year of 2020 featured some great ones from the world of science fiction. Masters like Christopher Paolini and Kim Stanley Robinson each put out great books in 2020. While a lot of authors published their first science fiction novels in 2020 that left us begging for more.

A great thing about science fiction books is that no two books are the same. You could have the same plot, the same setting, the same characters, and the ideas could be completely different and take you to places you never imagined going. Science fiction is a world of imagination and that’s why we love it.

This list is the best science fiction books that were published in 2020: 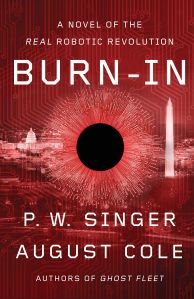 America is on the brink of a pair of revolutions as this book begins. One is a political revolution while the other is a technological one as the dream of AI and robotics has finally come true. It is not a time of happiness though as millions are angry that the future has left them behind.

FBI Special Agent Lara Keegan has her hands full with work. Her latest assignment sees her being assigned an advanced police robot to field test. There is no better time as a series of catastrophes will unfold and the two find themselves investigating a conspiracy. The mastermind behind it is using cutting edge to try and tear the nation apart, and they are doing a good job.

If Lara is going to have any hope of stopping the new breed of terrorist, she’ll have to forge a new type of partnership with her robot partner. 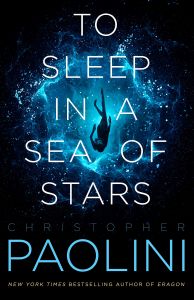 #4: To Sleep in a Sea of Stars by Christopher Paolini

I’ve seen this listed as the #1 book on multiple year end lists and I can’t argue with them. It took the win for Best Science Fiction book in the 2020 Goodreads Choice Awards and I think it is well deserved. This book is really, really good!

Kira has always dreamed of life on new worlds and has made it her career. Now, during a routine survey mission on an uncolonized planet, she finds an alien relic. She is delighted at first as this is what she has always dreamed of doing. However, that dream soon turns into a nightmare when the ancient dust that surrounds her begins to move.

Now, a war erupts among the stars and Kira is sent on a galaxy-spanning odyssey of discovery and transformation. She spent her life dreaming of first contact, but it is far from what she imagined. She’ll instead need to rely on what it means to be human as she could be humanity’s final hope. 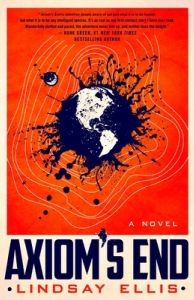 In the fall of 2007, a well-timed leak has revealed that the United States government has made first contact with an alien species. Cora Sabino’s father is the whistleblower on this story and she’s doing all she can to avoid the story as she hasn’t spoken to him in years.

However, his celebrity from the story has put a lot of attention n her. She doesn’t know or care if her father’s leaks are real or not, and really wants nothing to do with him. Until she learns just how deeply entrenched her family is in this cover-up. It turns out the extraterrestrial presence has been on our planet for decades.

After realizing just how much her and the public have been lied to, Cora sets out to gather all the information that she can. To do so, she’ll offer her services to the alien presence as an interpreter and becoming the first and only human vessel of communication. The connection will change everything for her while also having the potential to unleash something sinister on the world. 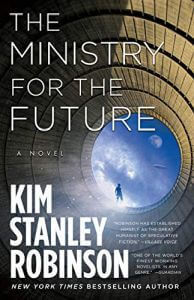 #2: The Ministry for the Future by Kim Stanley Robinson

Kim Stanley Robinson has written some of the best science fiction novels of all-time and he somehow continues to put out great work. His latest was named as one of the best books of the year by Barack Obama and is now being named one the best of the year by me. Pretty elite company if you ask me, lol!

The Ministry of the Future is KSR tackling climate change and how it will affect us all. The story focuses on an organization that was formed in 2025 to advocate for the world’s future generations and to protect all living creatures, present and future. The organization is formed at a time of great climate change need as weather is out of control.

The story is told entirely through eye-witness accounts as Mary Murphy, the head of the Ministry for the Future, makes decisions that will hopefully ensure that there will be a future for humanity.

Kim Stanley Robinson’s book sometimes doesn’t even feel like fiction as the events of the book are so near our present day. 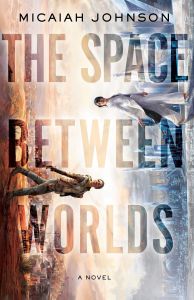 #1: The Space Between Worlds by Micaiah Johnson

The book takes place in a world where mutliverse travel is possible. The only rule is that you can not visit where your counterpart is still alive. This rule gives Cara a leg up in this world as her parallel selves are good at dying. Her parallel selves have died on 372 worlds in total. She is identified by the Eldridge Institute as a perfect candidate for multiverse travel.

The job takes her out of the wastelands and into a nice apartment in the walled-off Wiley City. She works off-world collecting data with her handler, Dell. Trouble ends up finding Cara when one of her eight remaining parallel selves dies under mysterious circumstances. This takes her to a new world with an old secret. She’ll discover information that changes her past and future, and reveals a plot that endangers the entire multiverse.

Network Effect by Martha Wells: The Murderbot Diaries series continued in 2020 with the release of the fifth book in the series. The book was a Nebula Award winner, a Hugo Award finalist, and a Locus Award finalist. It is the first full-length novel in the series and may be the best entry yet.

Harrow the Ninth by Tamsyn Muir: This book continues the story of the Ninth House that began in Gideon the Ninth. This story focuses on Harrowhark Nonagesimus, last necromancer of the Ninth House, as she has been drafted by the Emperor to fight an unwinnable war.

The Salvage Crew by Yudhanjaya Wijeratne: An AI overseer and human crew arrive on a distant planet in the middle of nowhere and everything goes disastrously wrong. What they thought was an uninhabited planet turns out to be anything but.

Riot Baby by Tochi Onyebuchi: This one was so very close to making my list and I probably will regret not putting it there. The story sees a girl named Ella who has a “Thing”, she can see things that haven’t happened yet. Her brother Kev has always tried to protect her from her power, but when he is incarcerated, she must decide how far she is willing to go to stop her brother’s suffering.