Most people will know the name Blake Crouch from his incredible Wayward Pines series of novels. This trilogy was one of those book series that got people talking and introduced them to this incredible author.

The first book in the Wayward Pines series was released in 2010. However Rouch had been writing for years prior to that. He started out with a book series called the Andrew Z. Thomas series, and then various standalone novels before Pines brook the book world.

Blake is one of those extremely versatile authors who are able to write in a wide variety of niches. His real skill however seems to be when it comes to science fiction. A genre often ignored by the casual reader; Blake is able to take the reader on an incredible journey without losing them even if they aren’t big fans of the sci-fi genre. I know sometimes I struggle to stretch my imagination for some of these science fiction books, but Blakes books are an incredibly easy read.

Dark Matter was nominated for a Goodreads Choice Awards Best Science Fiction, and Blake was able to actually win that award in 2019 with Recursion.

While Blake is known these days for his sci-fi, his first book was a chilling thriller where a man receives a note stating that a body is buried on his property. He must call a number by 8pm or the police will receive an anonymous call telling them that this man murdered the person, as well as giving them planted evidence that he has. This book was Desert Places, the first novel in the Andrew Z. Thomas series.

Wayward Pines was of course made into a TV show. All three books were compressed into the first season of the show, with Matt Dillon playing Ethan Burke. It was executive produced by Chad Hodge and the infamous M. Night Shyamalan.

Here is, in my opinion, the best 5 Blake Crouch books: 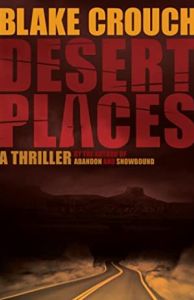 The first book in the Andrew Z. Thomas series deserves a place on this list. Andrew Z. Thomas is an author who lives out on a lake house. He receives a letter stating there is a body buried on his property, and there is planted evidence that he is the murderer and that he has to phone a telephone number by 8pm or the person will go to the police.

This book will hook you from the very beginning. I’ve read this entire series and I did think it petered out when he came back in 2010 and 2011 however the first couple of books are phenomenal. It’s fairly violent but I don’t have any problems with that personally. This book features two great characters in Andrew Z. Thomas, and the villain of the book. Fantastic thriller and well worth reading. Although again – VIOLENCE! If you look at reviews on Amazon all the negative ones are because there were too much violence. So bear that in mind prior to reading! 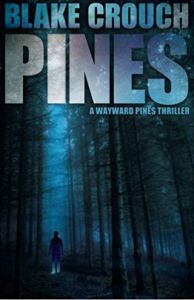 Pines is the first book in the Wayward Pines trilogy. It’s a combination of horror, mystery, thriller and science fiction. One thing this book does however is start off as a pure thriller then gets you hooked as time goes on, slowly introducing all the other aspects of it. Ethan Burke is a secret service agent who is investigating the case of two federal agents who went missing in the town of Wayward Pines, Idaho. However upon arriving in the town he gets into an accident and wakes up in a hospital. He’s missing his ID, his wallet, his cell phone and there’s something not quite right about this place. He also can’t get ahold of anyone back home.

I still remember when I first read this book. I’d heard a lot about it but I never got into it until after the entire trilogy was out. It was about 7:30pm and I was exhausted. My plan was a bath while having a quick read, and then bed. I randomly picked this book on my Kindle to read. Next thing you know it’s 11pm and I’m still up reading. I finished the entire book in one night. The way the story peels layer by layer from this book and the mystery within is just incredible. I can see why it was such a big hit. Also even though it’s the first in a trilogy, it both satisfies you while leaving you wanting more. Which leads me to….. 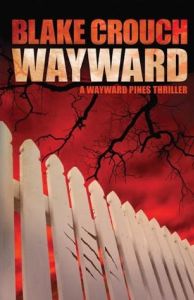 It’s hard to write too much about it without giving away spoilers. However here’s why this book is ranked so high for me: I have read countless trilogies over the years. Hunger Games spawned so many book series that were a trilogy and I just had to read them all (even the ones that went beyond a trilogy). Maze Runner, Divergent etc etc.

For me – the first book in almost every trilogy was the best one. However the second book in many of them? Well it just felt like a cash cow to a degree. They were fresh out of ideas and it was just trying to drag the story along before the ultimate conclusion in the final book. Not so with the Wayward Pines series. If anything I thought this book was even better than the first one. Just seeing the way Crouch is able to tell the story from a different perspective and the way the book ends. Some absolutely chilling parts in this book that really highlight the versatile talent of Blake Crouch. 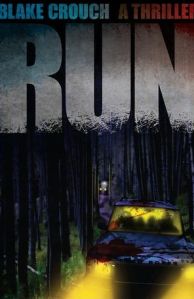 Some people may be surprised by the inclusion of this book this high on the list, however when I think of all the Blake Crouch books, this one always comes to mind as one of the most memorable and a personal favourite. In Run, a bizarre light was seen by a portion of the nation one night. Now somehow it’s turned everyone crazy. People are randomly getting murdered. Brutal prison riots. Each day it gets worse than after 5 days, people start reading the names via the emergency broadcast system of who is going to be killed. Enter Jack Colclough, one of the people whose names are listed. Jack now has to take his wife and two kids and go on the run while the world hunts him.

This is just an incredible book following Jack as he goes from place to place trying to escape and survive, and the trials and tribulations of that. This is one of those books that really connect with you I find – I would often stop and think “what if this was happening to me?” or “what would I do in this particular situation. This is the type of book that you want others to read purely so you can chat to them about it and theorize what you would do. If you’re one of those readers who just started following Blake after the likes of Wayward Pines or Dark Matter, be sure to go back and read this one. The ending might not be the best but the rest of the book is an incredible journey. 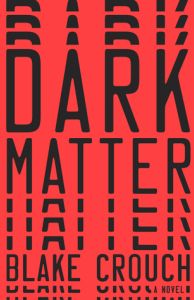 Dark Matter is one of those books that as soon as you are finished it, you will be recommending to everyone you know. Even if they aren’t into Sci-Fi. Jason Dessen has been abducted by a man who asks him if he is happy in his life, then knocks him out. Jason wakes up in a laboratory with all these people who seemingly know him. Yet he doesn’t know them. Worse – he finds out that the world he has woken up in isn’t the world he went asleep to. In this world he doesn’t have a son. He isn’t married anymore. He’s not just a professor but an actual genius. Now Jason just wants to get back to the life that he had.

Anyone who knows this book will probably get goosebumps when I say these four words: the chat room scene. Don’t worry if you haven’t read it I won’t spoil it. But of all the books I read – and I have read a lot – I can’t think of many book scenes more memorable than that. What starts out as an intriguing thriller jumps into a world of parallel / alternate universes. Blake is able to work both the world of science fiction and realistic fiction into this book. The way he is able to do this is absolutely incredible, and this is one book that you absolutely need to read whether you are into sci-fi or not.

Best Authors To Read If You Like Blake Crouch

Marcus Sakey: This is the first one that always comes to mind. There’s a story that both Blake and Marcus went on a trip to the mountains together and during that time out camping, they came up with their separate ideas for book series. Blake with the Wayward Pines series and Marcus with the Brilliance Trilogy. I’m sure quite a few bags of mushrooms were consumed on that trip! Either way it was worth it and Sakey is an incredible author, and one to read if you like Blake Crouch. Go with the Brilliance trilogy you won’t be disappointed!

Patrick Lee: For most people, they discovered “Dark Matter” and look for more books based on that. Patrick Lee is the man. Both his Travis Chase and Sam Dryden series are tremendous and well worth reading if you enjoy Blake Crouch.

Peter Clines: specifically The Fold. To be honest I haven’t read most of Peters other books yet but after reading Dark Matter this one was recommended to me and I loved it. It’s the type of book that is worth reading twice honestly. There’s a twist that…well, let’s say that it’s very rewarding to go back and read it all again. Also the book 14 which takes place in the same universe.

Ken Grimwood: It’s a shame Ken only wrote a few books in his life as Replay is an incredible book. It won at the World Fantasy Awards and is well worth reading.

J.A. Konrath: Had to recommend Konrath here as his Jack Daniels series actually crosses over with the Andrew Z. Thomas series. Fun reading them all together and seeing the book worlds collide.

Science Mag with Blake Crouch: An interview with Blake Crouch following the release of his novel Recursion. He talks about the research that inspired the book which is neat to hear considering how crazy the book is!

Professional Book Nerds Episode 344: An interview with Blake Crouch where they talk about the Berenstain Bears! How can you not listen to that?

The Writer Files: A two part podcast covering a wide variety of topics such as self publishing, and how to create believable fiction in this tough genre.