I was initially going to write a Best Books If You Like Legal Thrillers article – and I will soon – however I knew that the first entry would be John Grisham, and that felt a bit redundant.

John Grisham is of course THE legal thriller author. It’s what we all know him for. The man is able to capture courtroom drama like no other and is able to define the genre.

Legal thrillers are my favourite. The courtroom drama is something that is unmatched. 12 Angry Men is the greatest piece of writing ever. It’s one of those plays that if I visit a random town and a local theatre group is performing it I will always go see it. I’ve watched any film versions of it and just can’t get enough.

It’s a guilty pleasure almost but I love the 1997 remake simply because of Gandolfini. I can never get enough of Tony Soprano.

Sorry – went a bit off topic there! Let’s get back to the purpose of this article – listing the best authors and book series to read if you are a fan of the John Grisham Legal Thrillers. If you like John Grisham, you will hopefully love these authors: 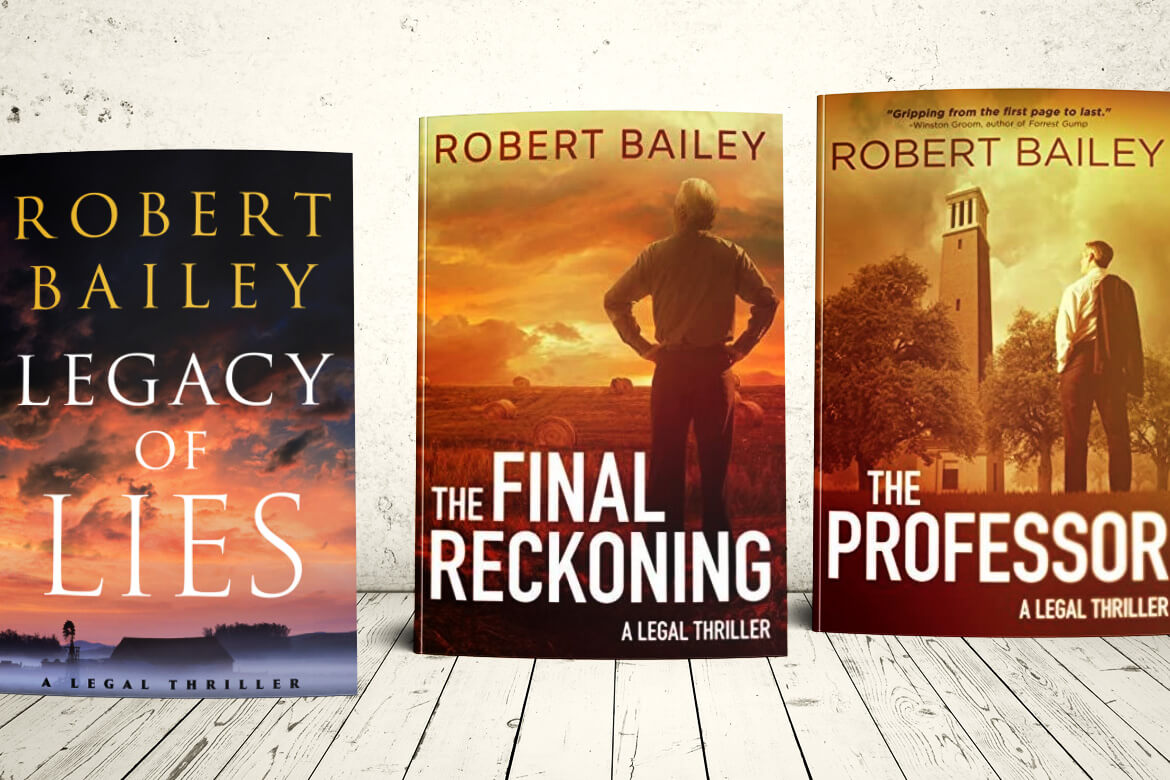 I find that a lot of the best legal thrillers are written by actual lawyers. If they have the ability to write then they can usually write some really good books. They have the experience and knowledge and every day they have probably been dreaming of the handling the type of cases they write about.

One of those authors is Robert Bailey who writes a few different series such as the Bochephus Hayne series and the McMurtrie and Drake Legal Thrillers.

If you’re looking to get started with Robert, The Professor is the best way to go. It’s the first book in the McMurtrie and Drake Legal Thrillers series and is just fantastic. McMurtrie, an ex professor, and Rick Drake, a hot shot lawyer, team up on a case where a woman has lost her entire family thanks to an erratic driver of a truck. This is a great legal thriller and you will be engaged throughout the entire trial.

Fans of Grisham or any courtroom drama will love Bailey. 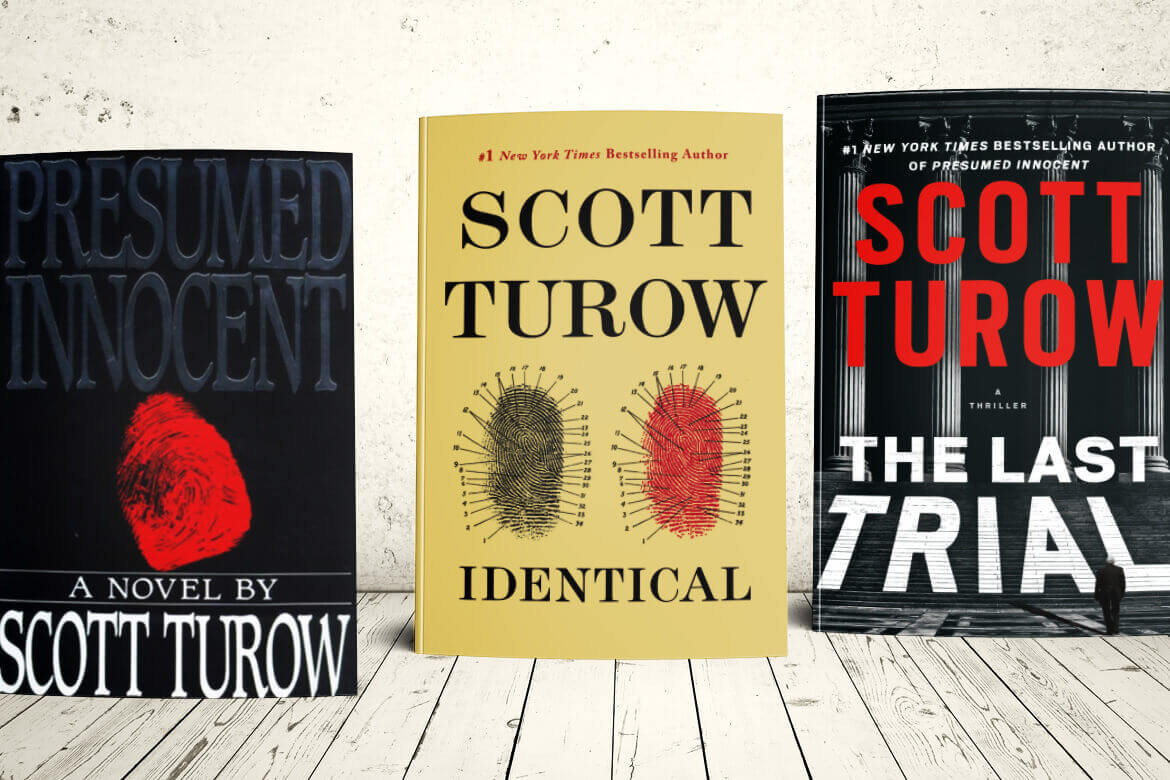 Chances are you have heard of Scott Turow. You may only have heard of one his novels of course which is Presumed Innocent. In terms of legal thrillers this is probably the pinnacle. Just an incredible book.

However that is actually just the first book in a series of books! It’s the Kindle County Legal Thriller series and they are all pretty good. There are certainly some misses – Testimony was passable at best for example – however the majority of the books are very good. They may not reach the heights of Presumed Innocent but what would?

Very solid legal thrillers. And honestly anyone who is simply a fan of reading should have Presumed Innocent on their “Books I’ve Read” list. 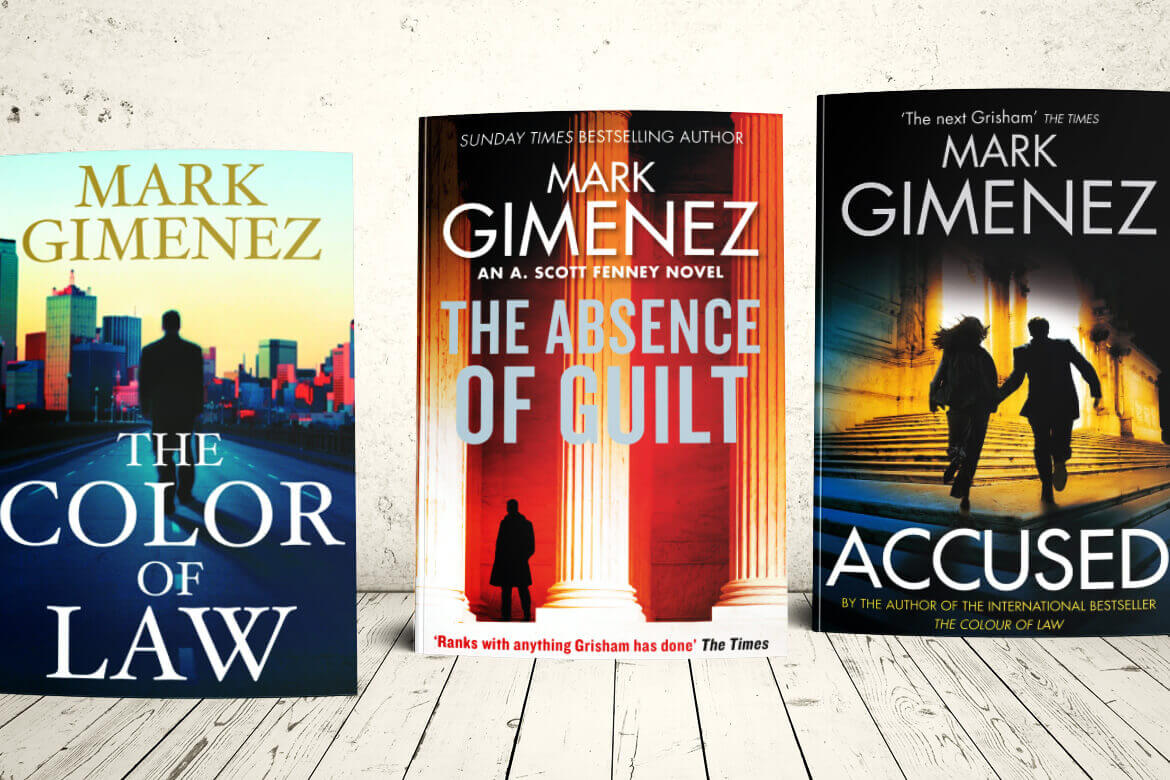 Every Grisham fan should read the Color of Law. Get it at Amazon

I always like those authors who don’t feel obligated to release a new book every year. They strike when the iron is hot so to speak and Mark Gimenez is one such author.

You may know Mark from his book The Color of Law which was written back in 2005. It’s the first book in the Scott Fenney series. He didn’t release the second book in that series until 2010 and the third in 2017.

In the meantime he still writes legal thrillers – just not always featuring Scott Fenney. One such book is The Common Lawyer about a lawyer called Andy Prescott who is a relaxed young lawyer. He specializes in traffic law, lives in Texas and his office shares the same building as a tattoo artist.

Mark is never afraid to take risks with his stories and he does a great job at creating protagonists that you’ll be rooting for in the courtroom.

Every Grisham fan should read the Color of Law. Get it at Amazon 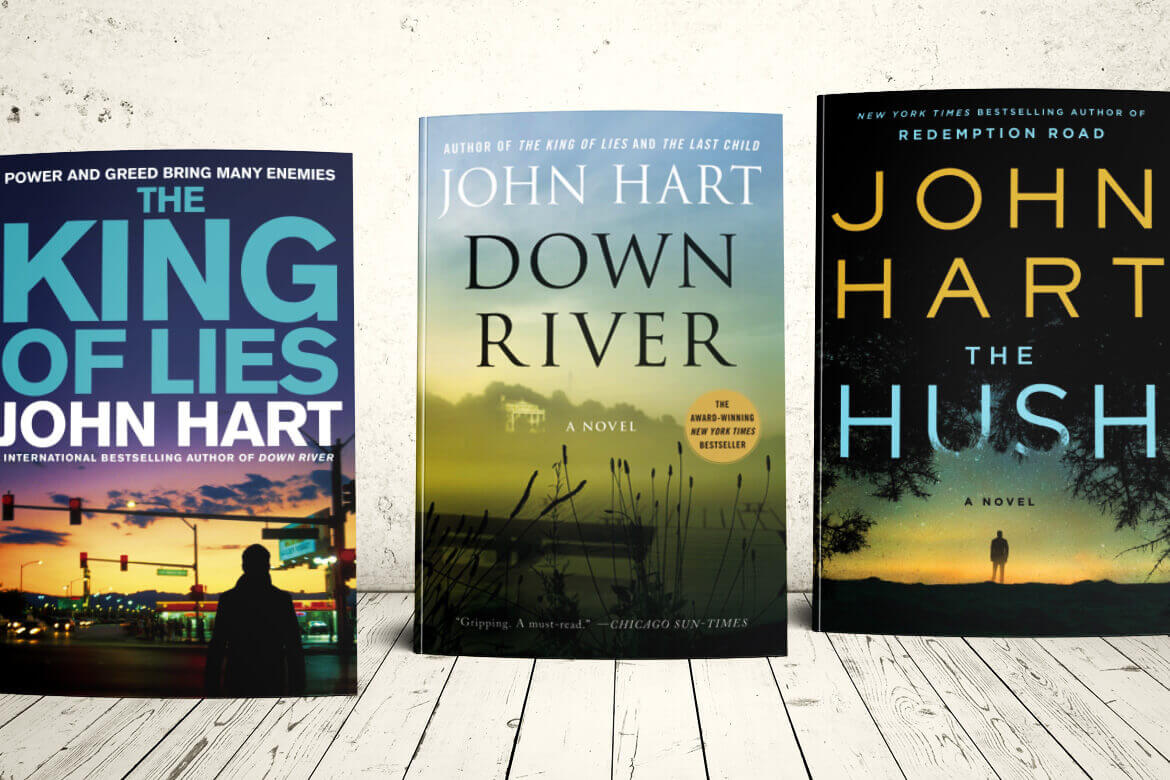 Buy The King of Lies at Amazon - click here

John Hart is an award winning novelist with some fantastic novels within the legal thriller genre. If you like John Grisham you will certainly like these.

He is known primarily for The King of Lies. This was the first book he wrote and it was nominated as Best First Novel on various awards such as the Anthonys, Barrys and Edgars.

Amazingly he followed it up with a book that was received even better in Down River. This one was nominated for a Barry Award Best Novel, but actually won the Edgar Award for Best Novel that year.

Guess what happened next time he wrote a novel? Yep you guessed it; The Last Child won Best Novel awards in the Barry and Edgar awards.

Unfortunately, not all of his novels are legal thrillers but even the books that aren’t are still exceptional.

Buy The King of Lies at Amazon - click here 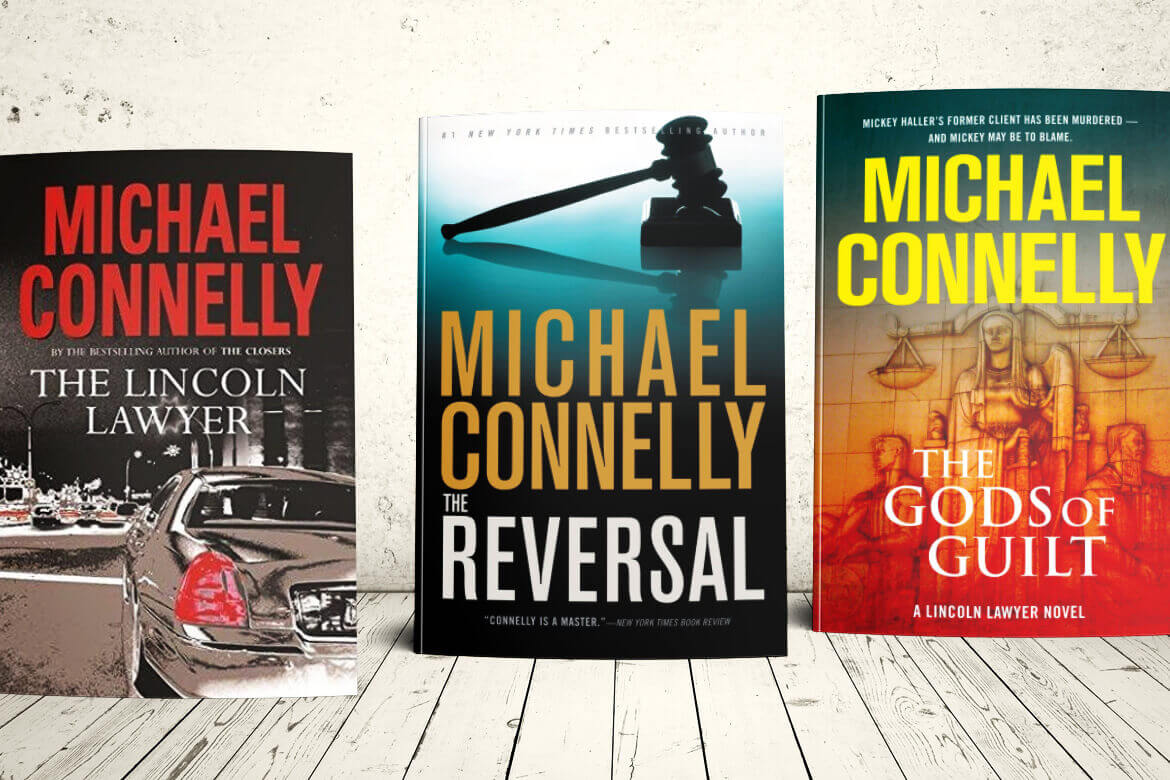 Specifically, The Lincoln Lawyer series which are all courtroom dramas.

Now you probably should read every single book Connelly has ever written. He’s just an amazing author and the Harry Bosch series is incredible. At the very least though you need to read the Lincoln Lawyer series.

I read them all as part of the “Bosch Universe” so I am not 100% sure how that series will read as a standalone series. I’ve not heard any complaints – there might be a few small things you are missing out on. In terms of courtroom drama though these books are a lot of fun and Mickey “Lincoln Lawyer” Haller is someone you will really want to root for. 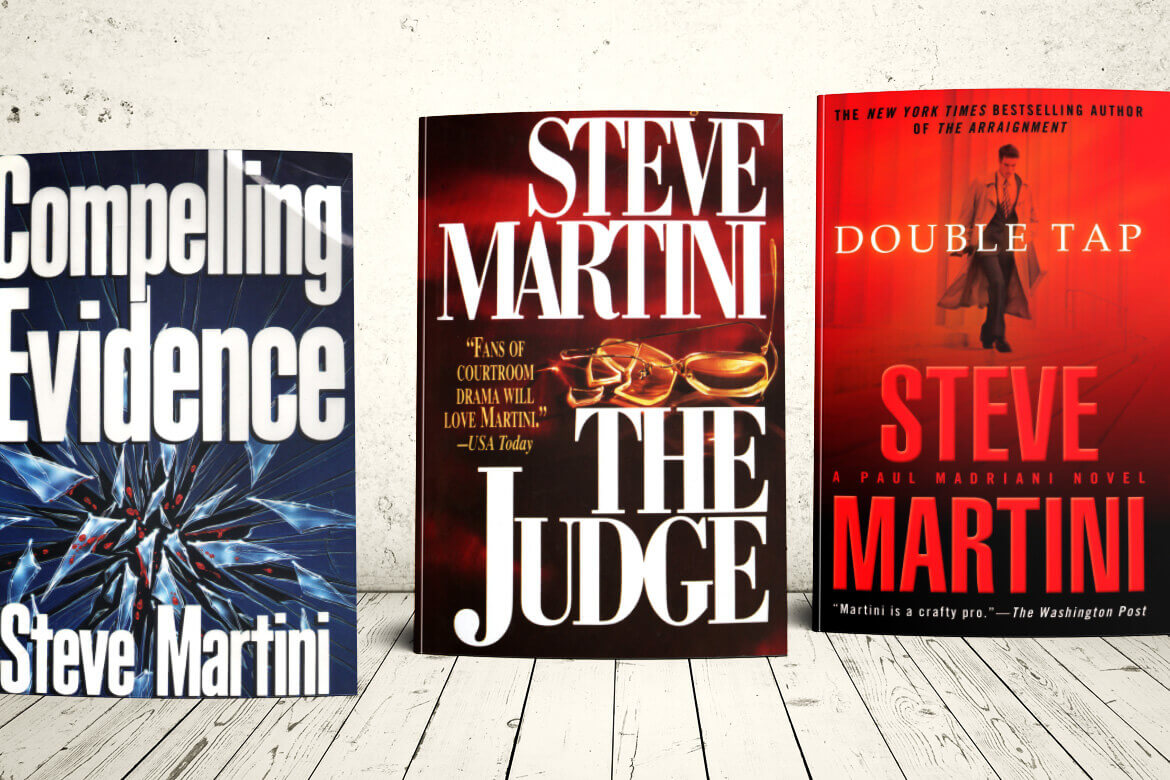 Particularly the Paul Madriani series. This series began in 1992 and is still going strong today. When the series begins in Compelling Evidence, Paul is a criminal defense lawyer. He has to defend his former lover who has been arrested for the murder of her current husband.

There’s something I really like about the whole defense lawyer aspect to this series. Each novel covers some drastically different topics though. For example one book deals with a book that someone has written that is worth 6 million dollars, and someone poses as this author then people start dying. Another has a judge caught with a hooker. Another book features a friend and fellow layer murdered outside the courthouse.

Throughout the books Paul also grows as a character and the development is just phenomenal.

There are of course many more books if you like John Grisham – I know I’ve barely scratched the surface. Let me know what books you like for Grisham fans below.

Love this webpage. Looks like a gold mine of good references of fiction reading. Yes, I am a HUGE Grisham fan, and I´ll definintely be diving into your recommendations. I retired last year and I´ve been devouring Grisham books for quite some time. But I´m also interested in just great fiction, doesn´t have to be just legal thrillers. I´ll hope to stay active with this page. Thanks again

Thanks for the kind words Bill, much appreciated! Happy Holidays!