The ‘Harry Bosch’ series of novels is written by the American author Michael Connelly.

Over the years the character of Detective Hieronymous ‘Harry’ Bosch has come to be regarded as one of the police-procedural genre’s foremost leading protagonists. Written by the American crime and thriller author Michael Connelly, he’s also injected an element of noir in there too, giving the series its overall moody atmosphere. Fun and engaging, the stories feature the eponymous detective living and working in Los Angeles, with recurring characters that evolve throughout the course of the books. With twenty-one titles in the series so far and counting, this is a series that continues to draw in fans from all over the world.

Starting with the novel The Black Echo in 1992, the series was a police-procedural series from the outset. Following the character of Bosch, it would also employ elements of noir, such as his signature love of jazz. Following up his debut with The Black Ice in 1993, Bosch was fast becoming an audience favorite, on his way to enjoying huge success worldwide. The character of Harry Bosch himself would be compassionate following a traumatic upbringing, something which allows him to empathize with the less fortunate. Recurring characters can be seen with his daughter Maddie, and his ex-wife Eleanor Wish, formerly working for the FBI as a profiler, before turning to professional poker playing in Las Vegas.

Adapted for television in 2014, Bosch has been a long-running show for Amazon Prime too, with five seasons so far. Bringing the stories and character to the screen, Harry Bosch himself is played by Titus Welliver, who has since become synonymous with the part. Winning numerous awards for his work, including the Edgar, Macavity, and the Anthony, there have been numerous highlights throughout the Harry Bosch series of novels.

For me personally, these are my top five Harry Bosch novels: 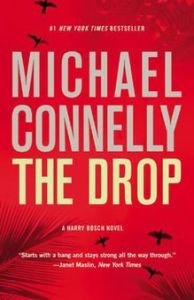 Given just three years to retire from the LAPD, Harry Bosch is up against the clock to get as many cases closed as possible. Then he gets DNA from a case dating back to 1989 involving a rape and murder, and it matches a now 29 year old convicted rapist. Given that the criminal would’ve been just eight years old at the time of the crime, Bosch is left to call into question all the evidence of the police lab, which could in turn compromise all those currently standing trial.

A tense thriller, this shows Bosch up against the elements, as he’s made to question everything he knows about the law. It also balances the personal life of the detective well too, developing his character further, which is impressive considering this is the fifteenth title. Still holding readers with its gripping story, there’s also some interesting interplay between Bosch and his long-term nemesis Irving. 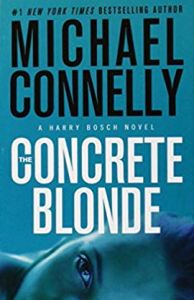 Thinking he’d stopped the serial-killer known as the ‘Dollmaker’, Harry Bosch is lead to have second thoughts after he finds they might have the wrong man. Shooting a man dead, the widow of the deceased is now suing the LAPD for the wrongful accusation and subsequent death. Not only that, but it also appears that the killer is out on the loose again, attacking in a similar pattern to before.

Taking the usual cliches of the serial-killer narrative and turning them on their head, Connelly does something distinctively new here. With expert precision, he carefully plots the story, giving it a real sense of weight at every twist and turn, making it entirely believable for the reader in the process. The characters feel real and grounded, establishing them as fully formed personalities, making the story a highly immersive one. 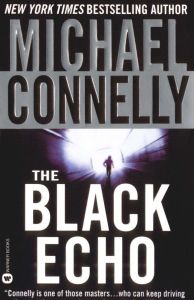 Harry Bosch is no stranger to dealing with grim and grisly murders, but the latest one has gotten to him all the same. Finding a body in the Mulholland Dam, the victim had served in Vietnam as a ‘tunnel rat’ just like Harry, serving beside him throughout the war. Dealing with enemies from both outside the police department and within, Bosch must come face-to-face with the enemy, as they’re someone that he never expected.

This would be the first book in the Harry Bosch series, and it’s where we’re introduced to the character of Bosch himself. An excellent series opener, it manages to deliver everything that’s needed, showing us Harry at the age of forty-two years old, having gone through various institutions for most of his life. Setting up who he is as a person, it says a lot on the themes and ideas of the series almost immediately, whilst also providing a highly effective thriller mystery. 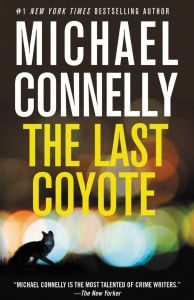 After attacking his commanding officer, Harry Bosch is suspended indefinitely and ordered to see a psychiatrist, something which he’s initially reluctant to do. Back in 1961, though, when Harry was just twelve, his mother was murdered, a case which was never solved, with nobody ever accused. Opening the thirty year old case back-up, he must now look into the past to gain some peace-of-mind, but it appears there was a cover-up, as there are those that desperately want the truth to remain buried.

The fourth title in the series, this looks back into the history of Harry Bosch as a person, giving him an extensive backstory. Looking at the darkness of his past, it’s an excellent character study with plenty of mystery, building upon what came before. Whilst many of the plot beats may seem cliched on the surface, it’s Connelly’s handling of them that turn them into something else entirely, making this a uniquely thrilling read. 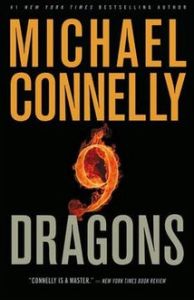 Shot dead in an apparent robbery, the Chinese owner of Fortune Liquor has been found murdered, and the case is given to Harry Bosch. Teaming up with the Asian Crime Unit, Bosch soon identifies the chief suspect as being a member of a Hong Kong triad. That’s when his daughter Maddie, herself living with her mother in Hong Kong, goes missing, leading Bosch to take off for the city in a disappearance that could be connected.

Taking off for Hong Kong, this is a change of pace to the books that came before, with this being the fourteenth title. Whilst some may find this a little brisk, it was the straightforward story that worked for me, with the character of Bosch already being firmly established. Knowing him well, it tests him with a case that becomes extremely personal for him, upping the stakes and the tension.

Best Books & Series To Read If You Like Harry Bosch:

Harry Hole: Written by the Norwegian writer Jo Nesbø, these mystery novels perfectly capture a foreboding sense of atmosphere, doing what Scandinavian noir does best. Featuring the character of Harry Hole, a police officer working for the Oslo Crime Squad, Nesbø himself has attributed Bosch as being a major source of inspiration. There was a film made in 2017, although it’s probably best to opt for the books themselves, with their solid plots and characters.

Kurt Wallander: A creation of the Swedish crime novelist Henning Mankell, Kurt Wallander is a police officer working in the town of Ystad. Taking place in the Swedish southern province of Skåne, Wallander deals with various mysteries and cases in his own inimitable way. Portrayed on-screen in various different incarnations, both in film and in television, his stories are perfect for fans of the mystery and thriller genre.

Inspector Rebus: The Scottish author Ian Rankin is extremely well regarded for his Inspector Rebus novels, which follow John Rebus in and around Edinburgh. Working as police-procedural detective stories, they have a hard-boiled edge to them, not unlike the Harry Bosch series. Solving mysteries and investigations, they’re engaging and entertaining, creating a rich and evocative atmosphere that’s distinctive to its character and location.

Philip Marlowe: For many this will come as no major surprise, given that it has been largely credited with popularizing the hard-boiled detective noir genre. Written by the American writer Raymond Chandler mostly during the 1940’s, these are moody and intelligent noir novels steeped in a dark ambiance. The character of Philip Marlowe himself is a private eye detective, working in around Los Angeles, solving various cases that come his way.

Boldt and Matthews: The American author of crime and thriller novels Ridley Pearson is well known for his Boldt and Matthews Mystery series. Featuring the detective Lou Boldt, along with Daphne Matthews, a child psychologist, the two of them work side-by-side in Seattle, Washington. Solving various different mysteries, they deal with all manner of case files, including serial-killers on the loose, and murderers looking to harvest organs.

RNZ: Saturday Morning – Michael Connelly: Interviewing the author, this looks at the impact his career has had, and how it came about. It also goes over Harry Bosch as well, looking into his development as a character.

Michael Connelly – Murder Book: Previously working as a crime reporter for the Los Angeles Times, Michael Connelly brings his expertise to this well produced true-crime podcast. Looking at cases previously ignored by the mainstream media, it’s a fascinating show hosted by the author himself.

The B&N Podcast – Michael Connelly: Looking at everything from how he does his research to where he gets his ideas, this is an extremely interesting interview. Speaking directly with the author, this gives an overview of all his work, including Harry Bosch.