Regarded by many as being at the forefront of his genre, Jo Nesbø is a Norwegian writer of Scandinavian noir fiction. Many know him for his much loved Harry Hole series of novels, which have been running for some time now, attracting fans around the world. Translated into a number of different languages, his books have reached far and wide, with his novels creating an intoxicating dark and moody atmosphere that’s always appealing. Never knowing what’s around the corner, his books have also been adapted for the big-screen, with Harry Hole making it to the cinema too.

Starting out in 1997, Nesbø would publish his debut novel titled The Bat, which would come out in English in 2012. This would also mark the first in his much loved series of ‘Harry Hole’ novels, featuring the eponymous detective living and working in Oslo. Becoming part of the Scandinavian noir genre, he would soon follow it up with Cockroaches in 1998, it being translated in 2013. Publishing stories for children too, he’s a highly versatile author, which can be seen with his book Doctor Proctor’s Fart Powder in 2008, beginning the Doctor Proctor collection. Writing short-stories and stand-alone titles, including The Son in 2014, he’s become a highly prominent novelist over the years.

In 2011 a film based on Nesbø’s 2008 novel Headhunters came out, gaining a lot of good reviews upon its release. Later there would be a Hollywood production of his Harry Hole novel The Snowman in 2017, although this wasn’t quite as successful. ‘The Son’ has also had big-named producers looking at it, with his work continuing to attract a lot of attention throughout the international media. With a television series called ‘Occupied’, and numerous awards such as the Bookseller’s Prize, his career continues to add highlights as the years go on.

Here’s my own personal top five highlights from the entire career so far of Jo Nesbø: 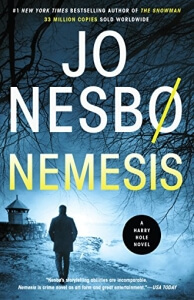 See at Amazon#5: Nemesis (2002)
With a murder taking place during a bank robbery, Detective Harry Hole is called in to investigate the shooting of a cashier caught on CCTV. That’s when he meets an ex for dinner, only to wake up twelve hours later completely forgetting what’s happened to him during that time. Now it seems that someone’s trying to frame him for his ex’s murder, as her body’s been found, with someone now attempting to blackmail him.

This made for a highly intriguing story for me, and one in which Harry Hole really comes into his own as a character. The story constantly kept me guessing from start to finish, and I never knew what was coming next. It’s so addictive, and it speaks to Nesbø as a writer that the book is a translation and still remains so evocative and compelling every step of the way. 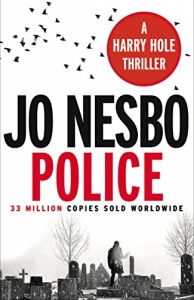 See at Amazon#4: Police (2013)
Discovered at the scenes of unsolved crimes, murdered police officers are being left in what appears to be a grisly pattern forming. Brutal and merciless, there are no leads and, not only that, the Oslo force is currently without their best investigator to lead the case. Then there’s the mystery patient being kept alive in a coma in Oslo hospital, as he’s guarded by the police with some secrets to tell.

The tenth book in the Harry Hole series, this didn’t show any signs of slowing down for the character, keeping me constantly engaged throughout. There’s so many surprise twists along the way, it feels as if Nesbø is constantly playing mind games with the reader. This worked perfectly, and I never knew what was coming round the corner and, at a certain point, I stopped trying to guess simply allowing myself to soak it in. 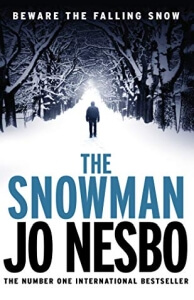 See at Amazon#3: The Snowman (2007)
Receiving a letter with the signature of the Snowman, Detective Harry Hole is met with a case involving women being killed when the first snow of the year falls. Each victim is also noted to be married and a mother, making the murders all the more hard hitting for everyone involved. Taken to the edge of madness and back again, he must work with Katrine Blatt, his colleague, against the clock to solve the case.

It’s the seventh book in the Harry Hole series this time, and perhaps one of the most widely well known titles. Made into a film starring Michael Fassbinder as well in 2017, it’s probably best to read the book first, as this really does excel in every way imaginable. It may carry many of the traditional beats of the serial-killer thriller, but it uses them with such panache that rises above the rest, standing alone in a league all of its own. 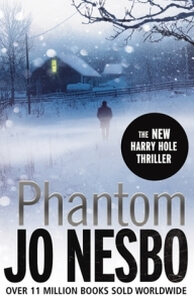 See at Amazon#2: Phantom (2011)
Fleeing to Hong Kong to escape his own traumatic past in the police-force working as a cop, Harry Hole is soon forced to return to Oslo once again. When the son of the woman he once loved and lost is said to be a killer, he vows to help the boy Oleg, having raised him as his own. Prevented from rejoining the police, Hole must investigate by himself, as he journeys back into his past, dealing with truths that some would rather remain buried.

A great mystery, this really does evoke strong feelings, getting right to the heart of who Harry Hole is as a character. The ninth title in Hole’s series, it’s a tense slow burning, but efficiently paced thriller with a lot of weight behind it. Feeling a strong connection with the protagonist at this point, it really manages to develop this bond between him and the reader, elevating it to new and exciting levels. 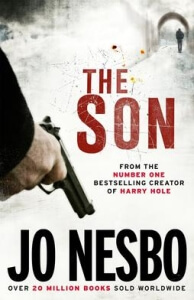 See at Amazon#1: The Son (2014)
Languishing behind bars, Sonny Lofthus has spent most of his adult life in prison, serving time for crimes he didn’t commit. His father, a corrupt cop, committed suicide, and now his son is left addicted to heroin, which he receives freely in order to retain his silence, as Oslo’s crime lord ‘The Twin’ aims to keep him locked up. That’s when Sonny finds himself caught up in the midst of a corruption scandal and, breaking out, now seeks to exact revenge on all those that wronged him.

This stand-alone novel really helped show what Nesbø was capable of outside of the Harry Hole series, weaving an intelligent and immersive narrative. It’s an extremely tense and exciting thriller, using a straight-forward premise that really pulled me in, keeping me constantly glued to the page. Everything about this worked for me, from its brevity to its stylistic action, with it really knowing how to keep the tension up at every turn.

Best Authors To Read If You Like Jo Nesbø:

Stieg Larsson: The Swedish writer Stieg Larsson was well known for his atmospheric and moody thrillers that pulled from a rich vein of Scandinavian noir. Writing in a style that really pulled the reader in, he managed to get to the core of the subject matter, writing with both empathy and heart. It was his Millennium series for which he’d become best known, and one that has been continued by writers after his passing.

Camilla Läckberg: Also a Swedish crime writer, Camilla Läckberg has proven herself to be gifted at creating suspense fuelled mysteries and thrillers. Reaching a worldwide audience, she’s especially noted for her characters, creating fully three dimensional personalities. With a strong visual sense too, she produces images and ideas that stay with the reader long after they’ve finished.

Michael Connelly: Working within the contemporary detective noir genre, the American novelist Michael Connelly is someone who has come to influence Nesbø heavily over the years. Working within the format of the genre, he’s made it very much his own, moving it in new and interesting directions. His work has also been adapted for the television, with the show Bosch showing on Amazon Prime for a number of seasons now.

Henning Mankell: A Swedish crime author as well, Henning Mankell was particularly well known for his Kurt Wallander stories. Writing plays and working with television, he was extremely versatile during his lifetime, with a unique voice of his own. His novels would be adapted for the TV, both in Sweden and abroad in the UK, securing his place as a mainstay in the crime genre for years to come.

Karin Slaughter: The American writer Karin Slaughter is well known for her crime novels, writing in a style that is at once evocative and down-to-earth. She really has an understanding of the genre, and is a must for anyone hoping to find out more on what can really be done with it. Moving into television too, her work is being adapted, with her moving onto Netflix, as she continues to grow her audience worldwide.

World Book Club – Jo Nesbø: Looking at his own relationship with Harry Hole, Nesbø examines what the character means to him. He also examines his stories and where his inspiration comes from.

The Penguin Podcast – Jo Nesbø: Speaking with the presenter Konnie Huq, Nesbø talks about his own novel ‘The Thirst’ and the ideas behind it. Examining his own life, he takes a look into his past and how he came to be a writer.

The B&N Podcast – Jo Nesbø: Here Nesbø gives a straightforward interview on his life and creativity. Immediate and to the point, it really captures who he is as an individual and as a writer.