A bestselling Swedish writer of highly regarded crime fiction, the novelist Jean Edith Camilla Läckberg Eriksson has been translated across sixty different countries, into approximately forty different languages. Seen by many as the Swedish Agatha Christie, she’s a master of the craft when it comes to writing crime, using what she herself describes as a ‘visual style’. This has helped her to become the household name that she is today, with the television series ‘Fjällbackamorden’ based on her own series of the same name. Winning numerous awards for her work, she’s reached a worldwide audience, establishing herself as one of the foremost crime fiction writers of her generation.

In 2003 she would make her debut with the novel The Ice Princess, which would also be the first in her Fjällbacka series of novels, introducing the character of police detective Patrik Hedström. Working and living with his partner, the writer Erica Falck, they solve crimes together, whilst also dealing with their day-to-day home-life, and it proved to be a hugely successful formula with it being adapted into a 2007 film of the same name. This would also pave the way for the Fjällbackamorden television show in 2012, which would use the same characters, but new storylines, in a series consisting of six installments lasting till 2013. Läckberg has also successfully ventured into the world of children’s fiction, with the 2011 book Super-Charlie, which would subsequently entail a whole series illustrated by Millis Sarri. Writing her first stand-alone psychological thriller in 2020 titled The Golden Cage as well, she’s definitely a writer of merit with a lot to say.

Working with highly regarded translators such as Steven T. Murray and Tiina Nunnally, she’s fast become a bestselling international author. Previously working in business as an equally successful entrepreneur, her heart was clearly in writing and it shows, with the passion exuding from the page. Her nuanced handling of her characters which, whilst conforming to certain genre tropes on the surface, is made into something completely fresh and exciting. Winning numerous awards, including the ‘People’s Literature Award’ in 2006, and the ‘SKTF Prize for Author of the Year’ in 2005, she’s produced a number of noteworthy titles over the course of an especially exemplary career.

These are my own personal top five highlights in the career of Camilla Läckberg so far, ranked in order: 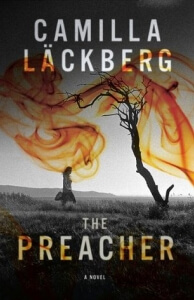 Awaiting the birth of their first baby with eagerness and anticipation, detective Patrik Hedström and Erika Falck are spending time together, when a six-year-old boy across the other side of town discovers a body. Patrik is called in to lead the murder investigation, as the boy has discovered the corpse of a young woman, with two long lost camper’s skeletons buried beneath her. This finding throws the tourist town into turmoil, as it appears that the victims seem to have all been killed with the same injuries, and the chief suspect of the missing campers killed himself twenty-four years prior.

Filled with questions, Läckberg is a master of mystery, knowing exactly how to keep the reader guessing every step of the way. This was an extremely entertaining novel, and I was constantly surprised by the revelations made, as it continually remained a few steps ahead. The characters are also highly compelling, as I felt I could relate to them, feeling grounded and wholly real upon the page. 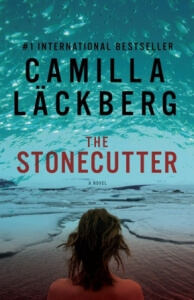 In a fisherman’s net in the remote town of Fjällbacka, the body of a little girl is discovered, and it seems the drowning was no accident. Recently becoming a father himself, the detective Patrik Hedström finds the traumatic investigation no easy task, especially when the killer could be someone he knows. As he investigates further though, he begins to discover a darker side to Fjällbacka, and one that could lift the lid on everything the town is really about behind the façade.

As always with Läckberg, this is perfect for fans of Scandinavian thrillers, with it being an atmospheric and sombre piece. Engrossing from start to finish, it’s really got everything, as it immerses the reader into its richly drawn world. Setting up the third Fjällbacka mystery, it’s definitely one to keep coming back to, with there being something new to discover each and every time. 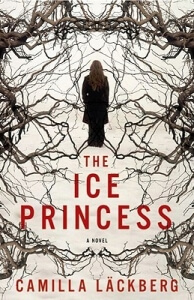 Returning home following the funeral of both her parents, Erica Falck moves back into Fjällbacka after so many years. Tragedy meets her here too though, as the community is mourning the loss of her childhood friend Alex, who apparently slashed her wrists in an ice-cold bath. Teaming up with the Detective Patrik Hedström, they both start to learn there’s more to this case than meets the eye, as Fjällbacka may have a darker past than they’d initially anticipated.

This would be the first time we got to see Patrik Hedström, who’s introduced alongside with Erica Falck. The small town of Fjällbacka is brought to the forefront for the first time too, as Läckberg really works to paint a vivid picture. With a rich and evocative atmosphere, this really worked for me on a fundamental level, as I felt I really knew the characters fully by the end. 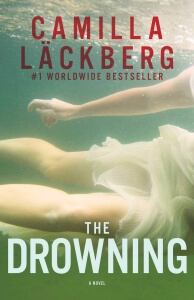 The writer Christian Thydell has had his first novel debut to rave reviews, but his happiness is short lived, as threats have been made against him anonymously. Having helped him discover his talent, Erica Flack steps up with her detective husband Patrik Hedström to solve the case and find out who’s behind it all. Adding to all that, one of Christian’s oldest friends, Magnus, has gone missing, and there’s a whole host of issues to solve surrounding the group of four friends from Christian’s childhood.

Camilla Läckberg does a great job of building character and tension here, especially in regards to the interplay between everyone. Whilst the narrative is complex with each of the characters different motivations, it’s handled with ease, making it simple to follow and keep up with. At no point was I left behind, as I was constantly attempting to guess what each person may be hiding, with Läckberg’s expert use of suspense yet again. 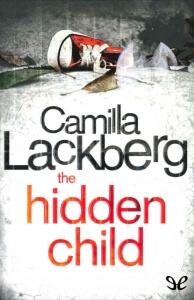 Finding a Nazi medal in the possessions of her late mother, Erica Falck is shocked by her discovery, as she investigates further into her family history. Meeting a retired history teacher who was friends with her mother during the Second World War, he avoids the questions Erica poses, only to meet a brutal death just days later. Helping with the murder investigation, detective Patrik Hedström becomes involved, whilst his wife Erica attempts to delve into her own family’s past.

There’s so much going on here, and it’s an engrossing story with an immediately arresting premise at the heart of its mystery. Even though it’s the fifth book in the Fjällbacka series, it can be read as a stand-alone title, with an entirely self-contained story. The relationship between Erica and Patrik is explored further for fans of the series though, making it a must for not just those passionate about thrillers, but lovers of the franchise as well.

Best Authors To Read If You Like Camilla Läckberg:

Jo Nesbø: The Norwegian writer of crime and mystery fiction Jo Nesbø is a highly regarded author within his genre. Mainly known for his Harry Hole series of detective novels, he’s adept at crafting a well plotted mystery, constantly keeping the reader guessing. Whilst he has been adapted for the big-screen, it’s best to start with his novels, as they really do evoke a unique and immersive ambiance.

Karin Slaughter: Much like Camilla Läckberg, the American author Karin Slaughter has an engaging pulpy sensibility on the surface, yet has plenty of depth and character underneath. World renowned, she’s produced a number of notable series, including the Will Trent mystery novels, along with the Grant County collection. With a series underway for Netflix too, she’s well on her way to becoming a household name, as her books have been translated in to thirty-seven different languages.

Ann Cleeves: Perhaps best known for her Vera Stanhope series of mystery novels, the British crime writer Ann Cleeves is a highly regarded author working within the thriller genre. Adapted for the television, the series ‘Vera’ has also become a long-running television show for ITV, starring Brenda Blethyn in the lead-role. She’s also written a number of ghost stories as well, making her one of the most versatile novelists currently working today.

Håkan Nesser: An award winning Swedish crime novelist, Håkan Nesser has been translated into over twenty different languages worldwide. One of his main recurring characters is the detective Van Veeteren, who would later come to own an antiques shop as his book series progressed. Solving crimes and mysteries, the novels resonate with readers far and wide, as Nesser has become a unique and distinctive voice in the industry, with his work being cited as inspiration by many.

Kerstin Ekman: Setting many of her mystery novels in her home country of Sweden, Kerstin Ekman has proven to be a strong inspiration for Camilla Läckberg. Outspoken and concise, she’s always got something to say through her work, making it impactful and, at times, quite powerful too. Not to mention the entertainment factor that definitely ensures her stories will live on for a long time to come.

Värvet – Camilla Läckberg: Here Camilla Läckberg talks about life, art, politics, and everything in-between, in what is an illuminating interview. Spoken in Swedish, few interviews with the author have been conducted in English.

Helt kriminelt – Camilla Läckberg: Again this is a Swedish language podcast, as the two hosts break down the work of the author. Looking back at her career, they examine exactly what it is that makes her fiction work so well.

Under huden med Kakan Hermansson – Camilla Läckberg: Speaking about her life and issues important to her, Camilla Läckberg has a fun and irreverent talk with the host here. It’s also in Swedish again, but is a must for all those interested in the author.