Mystery novels wouldn’t be what they are today without the work of Agatha Christie, a writer whose contributions to the genre have proven to be hugely influential. Creating a total of 66 detective novels during her lifetime, along with six romance novels which she write under her Mary Westmacott pen-name, she was one of the most prolific authors of her generation. Not only that, but she would also produce 14 short story collections, as well as her play ‘The Mousetrap’, which would go on to become one of the longest running stage-plays for its time. From her body of work would come a number of highly iconic characters too, such as ‘Hercule Poirot‘ and ‘Miss Marple’, novels which she is remembered for to this day.

Focusing mainly on the mystery genre, she would redefine it, ultimately making it her own, which would begin with the release of her first novel, The Mysterious Affair at Styles, in 1920. This would also see the introduction of her eponymous Belgian detective ‘Hercule Poirot’ for the first time too, leading to one of her most successful franchises. She would also create various other characters, such as the amateur senior sleuth ‘Miss Marple’, who was quintessentially British living in the fictional small-town of St. Mary Mead, solving different cases and mysteries there. Her books would typically follow a similar structure, in that there would be a murder which then needed to be solved, a formula which she helped to shape in many ways. Over the course of her career she would also come to experiment with this template, in novels such as The A.B.C. Murders, which would provide an early example of a serial killer narrative.

Christie’s work would reach a number of other platforms too, with her words not just being confined to the page, as she would write for the stage, radio, film and television, along with video-games being produced from her work as well. Some notable examples of this include David Suchet’s portrayal of Hercule Poirot for ITV’s ‘Agatha Christie’s Poirot’, which ran on television from 1989 to 2013, along with various cinematic adaptations of her work, including Murder on the Orient Express. Miss Marple would also be seen on TV and in film, along with other adaptations of her stand-alone work, such as the television mini-series And Then There Were None. Winning many awards for her work during her lifetime, she would go on to be awarded a DBE (Dame Commander of the Order of the British Empire), in 1971 towards the end of her life. This would help cement her standing as one of the all time literary greats, with many highlights throughout her career that continue to be celebrated by readers and writers the world over.

These are my own personal top five highlights from her writing career: 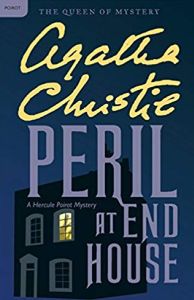 Taking a vacation off of the Cornish coastline, Poirot meets the owner of End House, Nick Buckley, a young woman who seems be surrounded by constant mishaps. These all appear to be connected to the house itself, as it teeters upon the edge of the rocky cliffs of St. Loos there, which leads Poirot to believe she may be facing more than just bad luck. It seems that someone wants to see harm come to the young woman, and the detective must do everything in his power to prevent this from happening.

Delivering a straight-forward mystery story, this really makes the most of its simple premise, allowing Christie to do what she does best. The atmosphere throughout the novel is also expertly used, with this being one of the novels that would come to define the cozy mystery genre in years to come. It would also further develop the character of Poirot, establishing him as more of a presence, leading to the iconic detective we know him as today. 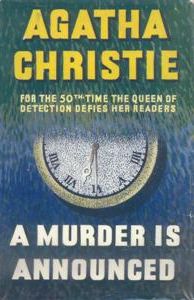 Set in the idyllic rural English town of Chipping Cleghorn, life is turned upside down after an advertisement is placed in the local Gazette announcing a murder to take place at 6:30pm on Friday the 29th of October. Nobody knows what to make of it, as it’s said to be happening in Little Paddocks so, with that, everyone heads down there at the stated time. That’s when the lights go out, a gun is fired, and with the lights coming back a dead body is revealed, which means that it is then up to amateur sleuth Miss Marple to solve the case.

As a character Miss Marple is often overlooked in favour of Poirot, which is a shame as the series has a lot to offer mystery fans. One of the strongest entries for me has always been this one, as this has one of the most interesting and compelling setups of the franchise overall. Expertly paced throughout, this title displays Christie hitting her stride with her 50th title, along with the post-war period being perfectly utilized too. 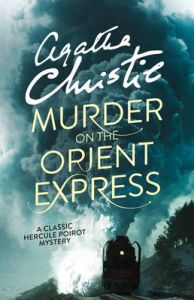 Hitting a snow drift on his way home, Poirot’s train journey to London aboard the Orient Express is then disturbed by a murder. The victim is one Samuel Ratchett, an individual who believed his life to be in danger prior to the incident taking place, and it appears that he had few if any friends, with the entirety of first-class having a motivation. Now Poirot must work against the clock to solve the case quickly before it’s too late, finding the killer and bringing them to justice.

Setting is everything here, as it keeps itself to the confined quarters of the train carriages, as Christie slips effortlessly between each passenger. With each of them being so strongly drawn as well, the reader really gets a sense of who they are, giving them an insight into them and their worlds. The story itself is expertly crafted too, giving one of the all time greatest twists of the mystery genre, and one that still continues to surprise readers as time goes on. 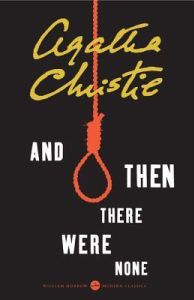 Ten strangers are summoned to a private island located remotely off the coast of Devon, as they are being hosted by an eccentric and reclusive millionaire. With none of them knowing their host, they are left wondering as to what’s going on, as he’s nowhere to be found when they arrive. That’s when it transpires that each of them has a secret to hide and, with each of them now being marked for murder, the clock is ticking on their weekend retreat.

A stand-alone work, this is a great example of how Christie played with the mystery genre, using the remote island location to thrilling effect. With its title to altered to ‘And Then There Were None’ in 1940, it originally went under a far more racially insensitive title which, thankfully, has been changed for successive releases. Despite some of the unfortunate racial elements, it’s still a strong murder mystery with great use of character, keeping the reader guessing throughout, with a television mini-series and film also having been adapted from it. 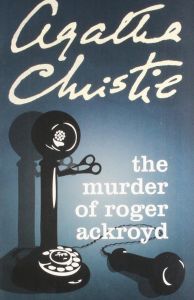 Set in King’s Abbot, there’s talk in the town that a widow murdered her previous husband, as she’s blackmailed for it, which is what seems to lead to her sudden suicide. That’s when the night after the man who was rumoured to be having an affair with her, Roger Ackroyd, is also found dead following him receiving a letter with the name of the alleged blackmailer. Stepping out of retirement, Hercule Poirot must now solve the case in a town filled with potential suspects, all of whom apparently have something to hide.

This will always be the best of Christie’s work to me, taking the mystery genre, and really changing it in ways unforeseen at that period. Moving the genre onwards, it’s a captivating novel that definitely has fun with the reader, leading to some of the biggest twists of all time. Difficult to put down, this is one story that not only fans of Christie and Poirot, but readers in general will not want to miss.

Best Authors To Read If You Like Agatha Christie:

Conan Doyle: Well known for his Sherlock Holmes novels, these would help inspire Christie in her creation of Poirot as a character. Running for a long period of time, the Holmes franchise has spawned an entire industry around the name, with films and television shows adapting the stories. Paying close attention to detail, Doyle leaves nothing to chance, as he weaves well crafted mystery narratives that work like a finely tuned clock.

Louise Penny: As a Canadian author of mystery novels, the writer Louise Penny is well known for creating accessible and highly involving stories. Taking many of the narrative elements that Christie would help establish, she has updated them for a modern audience, setting many of her murder mysteries in Quebec. Focusing on the character of Chief Inspector Armand Gamache for a large portion of her career, she has also had her work adapted for television, with ‘Still Life’ in 2013.

Ngaio Marsh: Seen as one of the ‘Queens of Crime’, the legacy of Ngaio Marsh is a force to be reckoned with throughout the mystery genre. Hailing from New Zealand, she would establish herself as one of the foremost writers within her field during her lifetime. Her main character would be Inspector Roderick Alleyn, a detective working with the London Metropolitan Police, helping them to solve cases using his wits and intellect.

P.D. James: A name that was synonymous with a certain brand of detective fiction, James would become a highly sought after author over the course of her career. Known for creating Adam Dalgliesh, a poet and police commander, she was also well regarded for her dystopian fiction too. Most notable of this would be the book ‘Children of Men’, which would later be made into a film directed by Alfonso Cuaron in 2006.

Raymond Chandler: The work of Chandler would take the detective genre and move it into more hard-boiled territory, as he took a page out of Dashiell Hammett’s book. Pioneering the pulp-noir novel and perfecting the art-form in many ways, his wordplay is unsurpassed, creating numerous witty turns of phrase. These would also apply themselves well to film, with his novels being adapted for the big-screen, much like Hammett before him.

The History Chicks – Agatha Christie: Examining the life of Agatha Christie from a historical perspective, this puts her work into the context of her time. Hosted in a fun and irreverent manner, they’re both witty and informative.

All About Agatha (Christie): This examines the back catalogue of Christie’s work, breaking it all down clearly and methodically. Accessible, it’s straight-forward and to the point, making sure to leave nothing out of their analysis.

World Book Club – Agatha Christie: This focuses on the story of Murder on the Orient Express, which is perhaps one of Christie’s most well known novels. Studying what makes it work, it provides a closer look at how Christie would construct a novel.