Mysteries are one of the oldest and most popular genres of novels. Since writers have been putting pen to paper, they’ve been asking us whodunit? The genre is always ripe for great stories and mysteries usually count among the best books of any given year.

2021 was no different with some outstanding books that keep readers guessing. Putting this list together was no easy task as there were easily another ten books that could’ve easily made this list.

These are the best mystery books released in 2021. 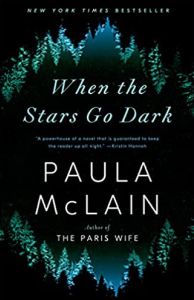 See at Amazon#5: When the Stars Go Dark by Paula McLain. The Paris Wife was a bonafide hit from Paula McLain and this book is just as good, but quite different.

The story follows a seasoned missing persons detective in San Francisco named Anna Hart. She has seen the darkest parts of human nature and has learned to deal with it. Then she is hit with some tragedy in her own personal life which leads to her leaving the Bay Area nad heading to the Northern California village of Mendocino. Her plan was to grieve in the place where she lived as a child as she believes this is the only place left for her. However, her grieving time is interrupted when she learns that a local teenage girl has gone missing.

Worst of all, the crime has a lot of similarities to a time in Anna’s childhood when a young girl’s murder was left unsolved. Anna starts to believe that she was called her for this and becomes obsessed with the case and saving the missing girl. Along the way she’ll learn the meaning of true courage, getting out of your own way and letting others in. The story uses actual missing persons cases and trauma theory to tell an affecting tale of fate, redemption, and what we do when the worst happens. 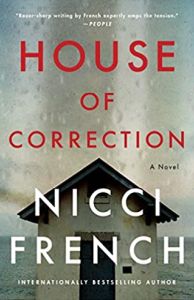 See at Amazon#4: House of Correction by Nicci French. A body is found in Okeham, England and Tabitha is arrested for the crime. She doesn’t think that she is a murderer and finds herself shocked to be the one in handcuffs. Tabitha had just moved back to her childhood home, but she’s already leaving it again to go to prison.

In the system, Tabitha sees her life picked apart and scrutinized by the authorities. Her history of depression, medications, and past relationship with the victim all come into questions. Making matters worse for her, Tabitha’s memories of that day are either missing or a complete blur.

To try and clear her name, Tabitha goes through all of the evidence against her from her prison cell. She takes the evidence and the testimonies against her and compares them against her own memories. As she digs, long-buried memories from her childhood come rushing back which leaving her second guessing the kind of person she is. With everyone thinking she’s a killer she sets out to prove she’s not, but what if she’s lying? 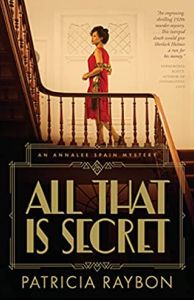 See at Amazon#3: All That Is Secret by Patricia Raybon. The first book in the Annalee Spain Mystery series introduces us to a young black theologian who solves cases like her literary hero Sherlock Holmes.

The book begins in the winter of 1923 when professor Annalee Spain is working at a small Chicago Bible college. She receives a cryptic telegram that calls her back home to Denver after the death of her father.

She sets out to find answers about his mysterious death which could mean real danger in a city ruled by the KKK. She uses the work of Sherlock Holmes to inspire her as she hunts for clues. Along the way she will attract two allies: Eddie, a young white boy looking for his missing father, and Jack, a handsome black pastor who loves dancing and his sporty car. Jack and Annalee form a connection, opening up Annalee to the highs and lows of romantic love.

The clues in her father’s death lead her to Denver’s powerful elite. She’ll find deep secrets that don’t want to be revealed and the sinister motives of the elite which could make her the next victim. 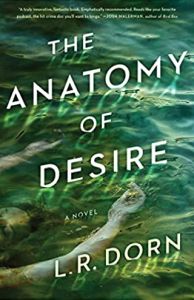 See at Amazon#2: The Anatomy of Desire by L.R. Dorn. This is one of the most unique mysteries of the year as is it is told in the style of an immersive investigative docuseries like Making a Murderer or Serial.

Claire Griffith has it all in life. She has a handsome boyfriend, a thriving career, and a group of glamorous friends. Her parents preached a conservative life to her as a child, but she always knew she was meant for me. She moved to Los Angeles and rebuilt herself as Cleo Ray and is now on the threshold of seeing her dreams come true.

One day, Cleo sets off in a canoe with a woman named Beck Alden on a mountain lake. One hour later, Beck is found dead in the water and Cleo is missing. The authorities suspect foul play and the case is going viral thanks to Cleo’s involvement.

The questions in the case are many. Who was Beck? Was she a friend or a lover? Was her death an accident? Or a murder? 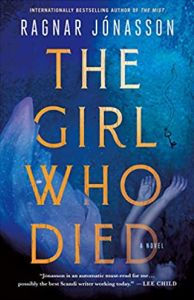 See at Amazon#1: The Girl Who Died by Ragnar Jonasson. The Ari Thor series of books was quite a hit and Jonasson’s turn with a standalone novel here features one of the best crime stories of the year.

Una wants to be a teacher, but is having trouble finding any steady work in Reykjavík. She decided to take some work in the remote fishing hamlet of Skálar in order to earn some teaching credentials. The village is one of the most isolated in all of Iceland and her classroom consists of just two students. When her work day is done, she struggles to connect with anyone in the town outside of Thor, but even he seems determined to keep her at arm’s length.

Filled with loneliness in the bleak winer, Una finds herself spending a lot of time in the rented attic she lives in which just so happens to be a legendary haunted place. Her nightmares are filled with a little girl in a white dress singing a lullaby. When a tragedy happens in the village it brings back memories of an event in Skálar’s past which inspires Una to get to the bottom of the secret this village has been keeping for generations.

Arsenic and Adobo by Mia P. Manansala: This cozy culinary mystery book was the first in Tita Rosie’s Kitchen Mystery series. The first book sees a food critic dropping dead and Lila being fingered as the key suspect. She’ll have to clear her own name as the landlord looks to kick the family restaurant out.

The Survivors by Jane Harper: Kieran Elliot’s life changed forever after a mistake when he was younger. Now, the guilt still haunts him and will resurface when he heads back to the community he once called home. A body on the beach leads to long-held secrets that threaten to emerge.

Shiver by Allie Reynolds: Milla heads to a cozy ski resort in the off-season to catch up with four old friends. Not long after arriving, things are much different than expected. They are alone, their phones have disappeared, and the cable cars have stopped working. The only thing left for them is play a game that is meant to remind them of Saskia, the sixth member of their group that went missing long ago.

My favorites are all on your list, but I’d add “The Sanatorium” by Sarah Pearse. The twists were great, and I thought it was a terrific debut for that author!

I usually love that sort of setting in a book – but I only enjoyed that one, didn’t love it. I’ll certainly read more though by Sarah!