Stephen King just might be the most famous author of all-time. There are very few people on this planet that don’t know who you are talking about when you say the name Stephen King.

His books have been turned into films, television series, miniseries, and comic books. The odds are that even you haven’t read his books, then you have at least seen an adaptation of one. Films made from his books range from IT to Pet Sematary to Stand By Me to The Green Mile. It’s just an incredible amount of work that has found its way to the screen and it all came from the mind of one man.

King has been awarded for his writing throughout his career. He is a multi-time Locus Award winner, a multi-time Bram Stoker Award winner, and a multiple time winner of the World Fantasy Award, including the Lifetime Achievement award. In addition to that, King has received many other lifetime achievement awards. Most impressive among these being the National Medal of Arts.

The influence that Stephen King has had on the world of writing can’t be denied. There isn’t an author of science fiction, fantasy, or horror working today that can’t say they weren’t at least somehow influenced by King and his work. Whether the influences are obvious or indirect, he’s simply written so many classics that you can’t help but think of King when you think of genre fiction.

Perhaps the greatest thing about King’s influence is how he’s made it so easy for so many other great works to be written in these genres and accepted as part of mainstream fiction. 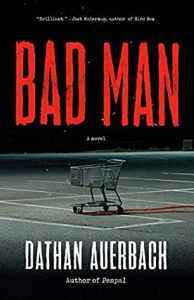 See at Amazon Dathan Auerbach got his start writing creepypasta on Reddit and has since turned it into a full fledged writing career. It’s funny to think now, but if Stephen King came along today – might he have taken the same path? The world is a lot different now than when King broke in so who knows if he would’ve been posting his stories on Tor or Reddit.

Bad Man follows Ben whose little brother went missing. Eric was just three years old and Ben looked away for just a second, but that’s all it took for him to go missing. That was five years ago and Ben has never been the same. He’s twenty now and he still looks for his brother, even taking a job at the supermarket where Ben went missing.

Ben works night stock at the supermarket, but he can tell that something isn’t quite right there. He sees it in his co-workers, in his boss, and feels it in the air itself. Whatever is happening here, Ben feels like the store has the answers that he is looking for. The answers to where his brother went to, but the store has a much different message for him. The message that he should’ve stopped looking.

Auerbach’s book is unsettling and creepy in all the best ways. This was the second horror novel released by Auerbach with the first being Penpal, the story of a man looking back on his unsettling childhood memories.

The Hunger by Alma Katsu 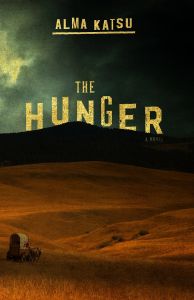 See at Amazon This one might be cheating because the cover of this book features a quote from King himself, but it’s just so good that I had to list it here. The story is a unique twist on the infamous story of the Donner Party and what really might’ve happened out there.

The wagon train known as the Donner Party is struggling with a series of misfortunes on their trip and the only explanation that they’ve been able to come up with this far is evil, pure evil. The Party has struggled with depleted rations and the death of a little boy, and now the travelers find themselves on the brink of madness. They were heading West towards a dream, but the trip has turned into a complete nightmare.

The Donner Party can’t seem to escape tragedy and it’s almost like someone-or something-is following them and causing this all to happen. If you know the story then you know what this group is heading towards. What you don’t know is the evil that has stalked them and grown within them all along.

Katsu does a great job putting a supernatural twist on the Donner Party. They would go back to that same well in 2020 with The Deep, which put a psycholigical twist on the sinking of the Titanic. Katsu is also the author of the Taker Trilogy, a gothic historical fantasy series.

The Shining Girls by Lauren Beukes 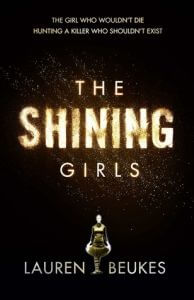 See at AmazonYou can see the influence of Stephen King right in the title of this as The Shining is one of his most famous novels.

Harper Curtis is a killer destined to end the lives of shining girls by the House. He’s given this job after stumbling onto an abandoned house that sends him through time. His orders are to insert himself into the lives of girls who “shine” at moments in time and then wait until the perfect moment to take them out. He’s a hunter who can vanish without a trace after each murder and is incredibly efficient at his job. Until the day that one of the girls survives.

The girl is Kirby, the last of the shining girls, a group of bright young women who are loaded with potential. Now, she is determined to bring her killer to justice and takes a job at the Chicago Sun-Times to work with the reporter who covered the case. The two will look to solve the crime that has left the police baffled.

The Shining Girls has been called one of the best crime books of the decade with a premise that is “pure Stephen King”. Fans of King should also check out Beukes’ Afterland, a thriller where a mother has to protect her son in a world where most men are dead. 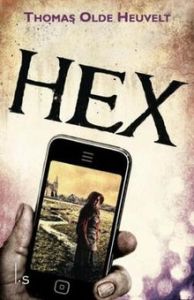 See at Amazon Thomas Olde Heuvelt is a Dutch author who has had his work translated into English. His work has earned near universal praise with Stephen King himself calling Hex, “totally, brilliantly original”.

The story takes place in a town called Black Spring in the Hudson Valley where everyone born there is doomed to stay til death. The town is haunted by the Black Rock Witch, a seventeenth century woman whose eyes and mouth are sewn shut. The witch walks the streets and enters homes as she please, even going so far to stand next to children’s beds for nights on end. Everyone in town knows that the witch’s eyes may never be opened as the consequences of that would be awful.

The town’s elders are now quarantined using high-tech surveillance to prevent the curse from spreading. However, the town’s teenagers are frustrated with the quarantine and decide to break the rules and try to go viral. That turns out to be a big, big mistake as they send the town spiraling into the dark practices of the distant past.