Horror is one of my favorite genres. There is just something about being scared and creeped out while reading that just pushes all the right buttons. You want to stop reading, just put the book down and the fears will go away, but you just can’t. It’s a feeling that I just can’t get enough of.

2020 was a pretty scary year on its own, but even that didn’t make me stop reading horror books. If anything, it made me read them more! It was easy to do in 2020 with a ton of great horror books being released. This was an extremely tough list to make as any of the honorable mentions could’ve easily placed on this list.

This list is the best horror books that were published in 2020: 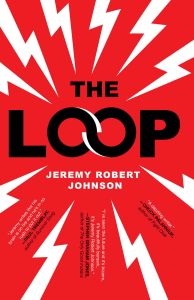 See at Amazon#5: The Loop by Jeremy Robert Johnson This book made many top end of the year best books lists and is just a ton of fun.

The story takes place in a small tourist in Oregon known as Turner Falls. It is the kind of town you escape for a quick vacation and then head back home when its over.

Things change in the idyllic town when it becomes the center of a violence outbreak. There is a biotech firm in the area and the teenage children of the executives have all become ill and the illness has made them murderous. The town is on the brink of disaster, and Lucy and her group of outcast friends must band together and do whatever it takes to make it through the night.

This story is bloody, gritty, and gruesome. Just how we like it. 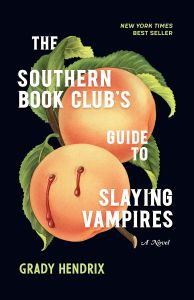 See at Amazon#4: The Southern Book Club’s Guide to Slaying Vampires by Grady Hendrix This book is set in the 1990s, but it is one of the best horror books of 2020. It has been called Dracula meets Steel Magnolias.

Patricia’s Campbell doesn’t have much of a life these days. Her husband works all the time, her kids have lives of their own, her mother-in-law keeps her busy, and she’s seemingly always running behind. The only thing that is keeping her together is her book club. The group is made up of Charleston women who love true crime.

One night after the book club, Patricia is attacked by an elderly neighbor. This allows her to meet James Harris, his nephew, who changes the way she sees the world. He’s well traveled, well read, and he’s making her feel things that she hasn’t felt in years. But when some children in town start going missing without much investigation by the police, Patricia starts to believe that James might be responsible.

James is a monster of a different kind than she’s ever met and she has a big problem on her hands: she’s already let him in. Now James will try to insinuate himself into her life and take everything from her, but she won’t give up without a fight. 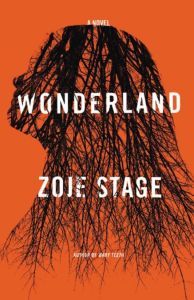 See at Amazon#3: Wonderland by Zoje Stage Zoje Stage wrote the creepy Baby Teeth and then followed it up with another standout horror story.

The book sees Orla and Shaw Bennett deciding to leave the city life for the quiet of the Adirondack mountains. That’s the plan at least. The couple and their two children settle into what seems to be a perfect farmhouse on an expanse of land that is miles away from the closest neighbor. It is exactly what they were looking for.

What they couldn’t have expected is what is waiting for them in the woods. Something has begun to call to the family, something under the earth and beneath the trees, something that is only in their minds. Soon, Orla realizes that she is the only who might be able to save her family. All she needs to do is figure out what this force wants… before it’s too late. 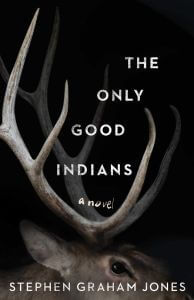 See at Amazon#2: The Only Good Indians by Stephen Graham Jones I really struggled with whether or not I should’ve put this book at #1 on this list. Stephen Graham Jones’ book is a masterpiece novel about revenge, cultural identity, and the cost of breaking from tradition.

Lewis, Ricky, Gabe and Cass are a group of young Blackfeet men who do something that will live to regret on the last day of hunting season. The young men knew they were in the wrong, but they went against their better judgment, spurned on by the adrenaline of the hunt. Nearly ten years later, Lewis now lives far away from the Reservation. He’d never forgotten what happened, but now he is starting to be haunted by images of what happened that day.

To give away too much would rob you of the joy reading this book. Graham Jones is a talented Blackfeet Native American author and his descriptions of life on the Reservation were some of my favorite parts of the book. The author manages to slowly build the tension in this one, disarming us with the humor of Lewis, before unleashing the gore. A great read and one of the best horror books of the year. 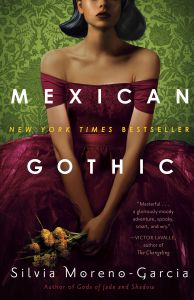 See at Amazon#1: Mexican Gothic by Silvia Moreno-Garcia This was probably the most decorated horror book of the year. It was the winner of the Locus Award and was also named as one of the best books of the year by the New Yorker, Vanity Fair, the Washington Post, Men’s Health, Book Riot, and many more.

The story sees Noemí Taboada heads to High Place in the Mexican countryside after receiving a letter from her newly-wed cousin begging her for help. Noemí has no idea what she will find there as she has little knowledge about the region.

If her cousin is in need of rescue, Noemí is an unlikely choice to do so. She’s glamorous in many ways and more suited for cocktail parties than an investigation. However, Noemí is smart and she’s not afraid of anything, including her cousin’s menacing new husband or his father. The scariest thing here may be the house itself which is beginning to invade Noemí’s dreams.

The only ally that Noemí finds in the house is the family’s youngest son. She wants to help Noemí, but she’s also trying to hide the secrets of his family’s past as there are many secrets at High Place. As Noemí digs deeper, she finds stories of horrific violence and madness. Now, she’s hearing voices and is being seduced by this world, she may not be able to leave.

Tender Is the Flesh by Agustina Bazterrica Agustina Bazterrica is an Argentine novelist who had a real scary hit with their second book. They ended up winning Argentina’s Clarin Novela Prize in 2017 for this book and it was finally published in English in 2020.

The story follows Marcos who works at a processing plant slaughtering humans. However, nobody calls them humans anymore. They call it “special meat” as all of the animals on the planet have become poisonous to humans. Marcos tries he’s best to keep to his job until he is given a live specimen of the finest quality. Breaking the rules, he’ll start to treat it like a human and start to see all that has been lost in this world.

Devolution by Max Brooks: The World War Z author penned this Bigfoot thriller in 2020 that is a ton of fun. The book is told using the recovered journals of Kate Holland who tells the story of the Greenloop massacre. The book has Kate’s journals mixed with Max’s own investigations into an attack on a small town by the legendary beasts.

If It Bleeds by Stephen King:It’s hard to make a list of the best horror without including the master himself. This book collects four new novellas written by King, including the especially creepy “Rat”.

Survivor Song by Paul Tremblay: An insidious rabies-like virus is spreading like wild and making the infected lose their minds. The infected are driven to bite and infect others, and now the hospitals are being overrun. Society is breaking down and the emergency protocols that the government put in place are failing. Now, a pregnant woman and her pediatrician need to get to a hospital to the deliver the baby, but the road is filled with dangers beyond their worst nightmares.

Ring Shout by P. Djèlí Clark: This is just a brutal story about the Ku Klux Klan and their plan to bring Hell to Earth. Maryse Boudreaux and her fellow resistance fighters are all that stand between them and the end of the world.