As a writer, Ann Cleeves really is in a class of her own when it comes to mystery, with her carefully crafted characters and series. Featuring long-running protagonists such as the well known Vera Stanhope, she’s found an international audience with her uniquely British stories. Many of her novels are also set in the Shetland Islands, as she has her locations become just as much a part of the action as her characters. All of this has proven to be a huge success, so much so that she’s had her work adapted for television on numerous occasion.

The debut book from Ann Cleeves would come out in 1986 titled A Bird in The Hand, which would also be the first Palmer-Jones mystery. Starting her ‘Inspector Ramsay’ series in 1990 with A Lesson in Dying, she’d then begin writing about the Northumberland based detective. Following this franchise she’d turn to perhaps her most famous novels yet, her Vera Stanhope stories, beginning with The Crow Trap in 1999.

These would be set in and around Newcastle and Northumberland, featuring the Detective Inspector Vera Stanhope solving various cases. Cleeves would also write the much loved ‘Shetland Islands’ books, starting with Raven Black in 2006, and these would also feature various different mysteries.

Over the years Cleeves has become a key name within the world of prime time television, with many of her series making it on-screen. Most notable is that of the series Vera, which is shown on ITV in the UK, and stars Brenda Belthyn in the lead-role, as she’s become synonymous with the character. There has also been a TV series adaptation of the ‘Shetland Islands’ novels, titled Shetland starring Douglas Henshall as Detective Inspector Jimmy Perez. Winning numerous awards for her work, including the Cartier Diamond Dagger, she has a career with plenty of highlights along the way.

My own personal top five books from Ann Cleeves’ writing career so far are as follows: 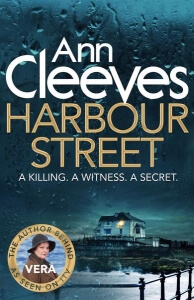 See at Amazon#5: Harbour Street (2014)
Entering a busy Newcastle train one Christmas with his daughter, Detective Joe Ashworth soon finds that one passenger, the elderly Margaret Krukowski, has been stabbed amidst the commotion. Stepping on to the scene, DI Vera Stanhope takes the case working alongside Joe, as they head to the Northumberland town of Mardle to investigate the past of Margaret. It is then that another woman is murdered in a similar vein, and the two of them put the pieces together, looking into the secrets of the past.

This is the sixth book in the Vera Stanhope series, and it exemplifies some of the best qualities of the franchise overall. Showing her as a character who isn’t perfect, it removes the glamour that is often otherwise found in the genre, making for a more gritty and realistic mystery. Her personality is extremely well developed too, as I continually find myself warming to her as the books progress, with her brilliant insight and sharp mind and wit. 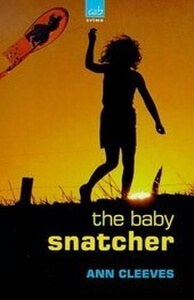 See at Amazon#4: The Baby Snatcher (1997)
Marilyn Howe is fifteen year old girl who turns up one day on the doorstep of Inspector Ramsay, with her mother, Kathleen, having apparently disappeared. Taking her home to the isolated coastal town of Headland, they discover Kathleen in her kitchen acting strange, but then everything apparently returns to normal. Six months go by, and now Ramsay is on the trail of a child abductor, and then Kathleen goes missing again, and it’s up to him to solve the case.

This is the sixth and final novel in the Inspector Ramsay series of mysteries, marking the end of a great franchise. It has some harrowing scenes, but Cleeves handles it all expertly, and I was constantly kept off guard by each new surprise awaiting me just around the corner. Paying close attention to detail, nothing is left out, as the entire story is told with the greatest care, making me really feel for the plight of the characters. 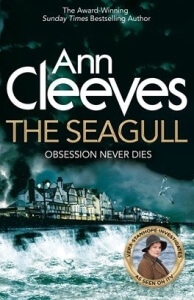 See at Amazon#3: Dead Water (2013)
Heading up the investigation of a dead journalist, Detective Inspector Willow Reeves is leading the way, whilst Inspector Jimmy Perez is called in for his local knowledge. Previously leaving the island to pursue a career as a major writer, the journalist had returned to follow up on a case involving the scandal of a young girl. It soon transpires that many of those around the Shetland Islands wanted the case to remain buried, and would’ve done anything to keep it that way.

Continuing the previous arc of Perez, this may be a stand-alone mystery, but it’s still very much a follow-up to the previous novel, this being the fifth in the Shetland Islands mysteries. Evoking a rich and moody atmosphere once more too, it’s a strong entry into the career of Cleeves, and one that kept me guessing constantly. There was never a dull moment here, and it’s a story with plenty of twists and turns, although never allowing it to overcome the characters at its core.

See at Amazon#2: The Seagull (2017)
Coming face-to-face once again with the former superintendent and detective John Brace, DI Vera Stanhope must pay him a visit in prison. Having put him behind bars for corruption and involvement in a murder, she has to now ask him for help with the disappearance of Robbie Marshall, a wheeler-dealer who mysteriously vanished during the nineties. He says he’ll help her if she looks out for his daughter, and the case takes her back into the past, as it appears both Robbie and John may have known Vera’s father.

One of my go to series, Vera Stanhope is always certain to be a quality read at this point, with this being the eighth book in the franchise. Self assured, Vera is an endearing character with a lot of redeeming qualities, despite sometimes being difficult to be around for her colleagues. Clearly confident with the character at this point too, Cleeves is definitely in her element here, as she provides another strong mystery yet again. 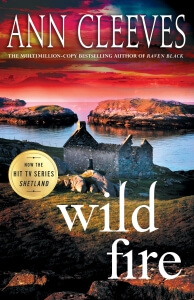 See at Amazon#1: Wild Fire (2018)
The architect Daniel Fleming and his wife Helena, a designer, move into the north of the Shetland Islands, becoming a part of the remote community there. It appears the arrival of the Flemings has sown discord with some of the locals though, as they start to receive hate mail threatening them, along with malicious gossip. There seems to be something ugly running deeper with broken families and equally broken relationships, creating a mystery for Inspector Jimmy Perez like no other.

Maybe it’s the fact that this was such an excellent finale, making it an almost bitter-sweet farewell to an equally wonderful series, that puts this at the top for me. The eighth and final part of the Shetland Island collection of mysteries, Inspector Jimmy Perez solves it once again, really making me feel invested in the story. The many other elements from before are there too, such as the moody atmosphere and the engrossing story, making it a pleasure to read.

Best Authors To Read If You Like Ann Cleeves:

Ruth Rendell: Writing intricate psychological thrillers, Ruth Rendell was a British writer who made a considerable impact upon the genre during her lifetime. Creating a large number of mysteries, including the Inspector Wexford titles, she would produce many long-running series. Her characters have continued to live on too, with her stories also being adapted for television, such as the highly popular Ruth Rendell Mysteries TV show.

Colin Dexter: An English writer of crime fiction, Colin Dexter really knew how to write a quality mystery, creating a large quantity of them during his lifetime. Many know him for his Inspector Morse novels, which would go on to inspire a television show of the same name for many years running. These would also show on ITV much like the Vera series, becoming a permanent fixture for many during the prime time.

Lynda La Plante: English crime novelist Lynda La Plante has been an author well known for her exciting thrillers for some time now. Many know her for her Prime Suspect novels featuring Chief Inspector Jane Tennison, along with her Widows miniseries, which was later made into a Hollywood film. Her style is immediately arresting, working with both novels and screenwriting, along with having previously been an actress too.

Louise Penny: The Canadian writer Louise Penny creates interesting and intriguing mysteries, primarily known for her Inspector Gamache collection of novels. These are set in and around Quebec, Canada, as Penny brings her stories to life, giving them a long lasting appeal that really holds up. Mystery fans will find them refreshing and easy to read, with her Inspector also making his way onto the screen.

Andrea Camilleri: Andrea Camilleri was an Italian writer of some renowned, having created the Inspector Montalbano series, which would go on to gain international appeal. Working on television too, he had a strong visual style that really spoke to the reader, whilst also dealing with some serious underlying issues along the way. His style was extremely fluid and immediately direct, making him highly accessible to read, and is a definite must for any mystery fans.

Desert Island Discs – Ann Cleeves: Appearing on the BBC program ‘Desert Island Discs’, Cleeves discusses the music and records that have shaped her. Providing insight into her life, it examines how the music she’s listened to has made her who she is.

A Stab in the Dark – Ann Cleeves and Yrsa Sigurdardottir: Speaking alongside fellow mystery author Yrsa Sigurdardottir, the two of them look at how the environment of their stories has shaped their writing. It’s another interesting look into the career and creative process of Cleeves as an author.

The Guardian Books Podcast – Ann Cleeves: Taking a look at the world of Scottish crime fiction, this looks at the genre with Cleeves herself. Examining the form, it looks at what it means to her and her writing.