Horror is always an interesting genre. Each year if you look at most horror awards websites, whatever book Stephen King wrote that year will end up being the victor. If it’s a public poll, you’ll see that it is usually by a landslide.

However when it comes to me you will see that is not the case. Don’t get me wrong I think Stephen King is an incredible writer and he is quite worth of the title as horror master, however I remind myself that he gets up each day and puts his pants on the same as everyone else – one leg at a time.

I’m also often left disappointed by Stephen King. Time and time again he disappoints me with his endings. However I have to give him credit for being such an incredible writer and even if the destination isn’t what I wanted – the journey there is usually worth it.

There are a lot of great horror writers out there and out of horror books I want books that legitimately scare me or creep me out. The kind of stories that either I actually can’t read at night, or that stay with me for days. When I think of the best horror books, those are the ones that come to mind. The ones that I don’t WANT to have in my head!

This list is the best horror books that were published in 2017: 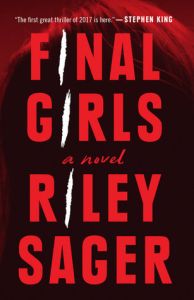 This one barely makes the list because while I really enjoyed it, it’s hard to consider it a true “horror” book. However the quality of it was enough (and it’s won or been nominated for enough awards in the horror category) that I feel it’s worth listing here. It felt more in the thriller genre to me.

it all starts a decade ago when the main character, Quincy Carpenter, takes a break from college and goes on vacation with her friends. Unfortunately she is the only one who returns from this vacation due to a massacre you’d see in a traditional horror movie. She finds out that she isn’t alone however – there’s a group known as the “Final Girls” who have seen a similar situation occur – a mass murder where they are the only survivor.

Fast forward a decade and Quincy is actually enjoying her life. She’s got a steady relationship, a great apartment and just in general enjoying life. Until she finds out that one of the “Final Girls” is found dead. Then another of the “Final Girls” appears on her doorstep and things aren’t what they seem.

Unlike some horror books where I have to put them down at times due to how scary or chilling they are – this was one that I easily blew threw in a day and was glued to it. Not one to start reading late at night! 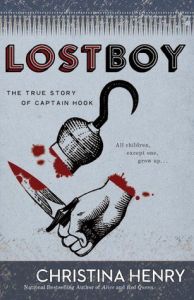 Man was this book ever good.

This book is just chilling. It’s such a different and well done perspective and I don’t think I’ll be able to look at Peter Pan the same again.

It’s not true horror but it is dark and violent and gruesome and one that I felt I had to include on this list. 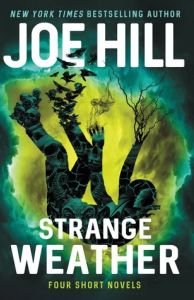 These are more “shorter” stories than they are short stories but they are excellent. There is Snapshot for example which is the story of a man in Silicon Valley is under threat by “The Phoenician”. This is a thug who has an instant camera which can erase memories Although I felt the concept of that one was great but the execution not as good.

Loaded was my personal favourite in terms of how disturbing it was. It’s about a mass shooting being stopped by a mall security guard. The guard is an instant hero for the gun rights groups, however then his story unravels. A real chilling one.

Rain was also a good one. It takes place in Boulder, Colorado where an apocalyptic event occurs with nails dropping from the sky shredding anyone they hit. Finally Aloft where a man goes for a parachute jump and ends up a castaway on a cloud.

Joe Hill is one messed up dude and I loved the heck out of these! 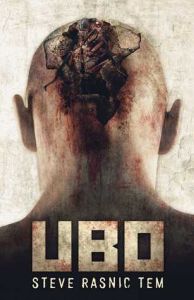 As soon as I heard the concept of this sci fi slash horror book, I knew I had to read it. Ubo is a planet that the main character, Daniel, is trapped on. He has no idea how he got there. One night he went to sleep on Earth, and then woke up on Ubo. And the monsters that inhabit Ubo make him play out a scary task; each day he has to take on the role of a different figure from the violent history of humans. So one day he has to be Jack the Rigger, and then the next day Stalin, Charles Whitman etc.

This book – wow. Just the concept of it alone was enough to hook me. I’m a big reader of all those crazy people and it was neat seeing Daniel have to take on their roles.

This is one of those books I really don’t want to talk too much about (as all good books should be). I’ve thrown the general concept out there and the general plot and that should be enough. If it’s intriguing to you, check it out! 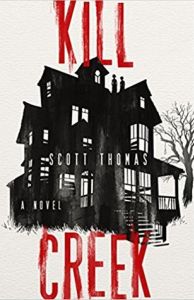 It’s been awhile since I read a really good “haunted house” book. However debut author Scott Thomas reminded me that these books CAN be good.

I can’t believe that this was his first novel. There’s a house called the Finch House. It can be found at the end of a road in the countryside of Kansas. It is long forgotten about and lays empty and abandoned. Great news however as it’s going to have new guests!

It’s infamous for being a haunted house and Sam McGarver, a best-selling author of horror, is invited to spend the night there. Not just any night of course – but Halloween night.

Sam and other authors get to spend the night in this haunted house.

It’s one of those books that I don’t even want to say too much about – but let’s just say it’s not just about the house. For example the night ends halfway through the book.

If you’re a fan of horror, be sure to check out Kill Creek.

Prince Lestat and the Realms of Atlantis by Anne Rice: The only “horror” aspect of this book is that it was actually nominated on some lists! I swear some people just blindly see the name “Anne Rice” and throw it out there. Might be the last Vampire Chronicles book I read sadly. Although I’ve said that a few times now! Hate giving up on a series.

Sleeping Beauties by Stephen King and Owen King: This one was just a “miss” for me. The world building by King here was just way too much. Way too many characters and it was overwhelming trying to keep track of them all. I was quite disappointed in this one.

Ararat by Christopher Golden: This was a Bram Stoker award winner. It was a solid enough book but didn’t quite fit the “horror” genre for me.

The Boy on the Bridge by M.R. Carey: I was a bit hesitant about whether to include this one in the “Best” books above as it’s part of a series. It’s the prequel to “The Girl With All the Gifts”. Either way very excellent book and I would recommend reading both – probably in publication order.

The Grip Of It by Jac Jemc: If this was an award for the creepiest cover, Jac would win that one for sure!

Disappearance at Devil's Rock by Paul Tremblay: Anything involving missing kids always sends chills down my spine. Bit slow but still a solid book. Even when it’s slow, Paul Tremblay