Written by the American novelist Marc Cameron, the Jericho Quinn books follow the eponymous special agent as he goes about dealing with a series of cases and assignments in this collection of action thrillers. Holding the audience on the edge of their seats, Cameron really makes the most of this concept, taking the genre and elevating it to new and exciting levels. Dealing with operations overseas, he must work to ensure the safety of America, and the world at large, as he’s faced with a number of different cases and assignments. Over time this has gained the series many fans, as it provides something new and unique to the action thriller format, allowing the character to really come alive in the process.

So far the series has spanned across eight novels in total and counting, as the stories have really resonated with readers worldwide. Starting out with National Security in 2011, it would quickly go on to become an exemplary example of the series. Soon after it would be followed up with the novel Act of Terror the following year in 2012, which would see the agent embarking on his next adventure. As a writer, Marc Cameron obviously knows what he’s talking about when it comes to this particular territory, really keeping the suspense at an all time high. Working for the OSI, or the ‘Office of Special Investigation’, Quinn himself is at the forefront of his field, while also remaining human and relatable throughout.

As an author Marc Cameron has an extremely visceral and immediate style, which can also be seen here in his Jack Ryan novels. Grabbing the reader’s attention, he’s able to hold it there, knowing exactly what his audience want and are looking for. Getting into the psyche of his central protagonist, he brings Quinn to life off of the page, which is something that can be seen in his love of the espionage action genre as a whole. Continuing to draw readers in, Cameron has a distinct style that really is engrossing, creating stories that will stand the test of time for many years to come.

My own personal top five Jericho Quinn books are as follows: 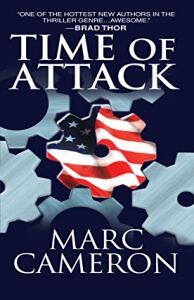 Dealing with a group of terrorists who aim to unleash a horrific biological terror on the western world, Jericho Quinn is up against the clock. Looking for the sniper who took aim at his own family, Quinn must now contend with an undercover elite network of secret assassins that’s worldwide. Looking to take out targets across the globe, the group must be stopped at all costs, and Quinn is just the man to do it.

Providing another action adventure that would stand out from the rest, this really doesn’t hold back on its punches when it come to suspense. Knowing exactly what the reader wants, Cameron carries them along, providing excitement and tension at every turn of the page. The story itself, while simple on the surface, has a lot going on underneath, with this being the fourth title in the series, and the protagonist already being firmly established. 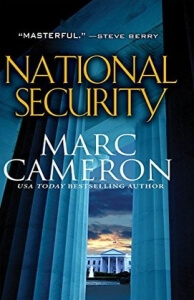 Three human bio-terror weapons have been unleashed on the western world from the middle east, as they have every intention of killing themselves. Looking to take out as many people as possible, they have been injected with a toxic agent, as they look to take cause as much damage as they can. Now there’s only one man that can stop them, and that’s Jericho Quinn, as he must fight for justice, being an undercover trained assassin without an identity looking to do the right thing.

While this was still finding its footing with the series, I still find this to be one of the stronger and more original entries in the series. Introducing Quinn for the first time, it really makes the most of the premise and having fun with story, while also giving the lead character depth. It also allows him to speak on a more personal level, delivering the story and the world at its most raw for the reader. 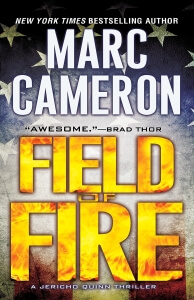 Targeting Dallas in Texas, there’s been an attack on American soil, as a deadly and toxic nerve gas has been dropped. Now it’s up to Jericho Quinn to track down the scientist responsible for masterminding the weapon, as he’s succumbing to dementia, with Quinn needing to find him in Alaska before it’s too late. Having defected from Russia, the scientist is losing his mind and, not only that, but it appears that the Russians are after him too.

As another exciting and tense action thriller title from Marc Cameron, this really does exemplify what it is that he does best. It’s also the seventh title in the series, and Cameron is clearly within his element as a writer here, getting straight to the heart of the action. Regarded as one of the best of the genre, with Cameron being at the forefront of his field, this definitely stands out, as it carries the story forwards with a great deal of confidence. 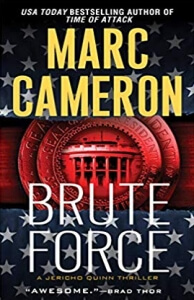 America is now on the brink of disaster, as it must fight off the attacks that have catastrophically taken place on its soil. It also appears the president himself is controlled by terrorists, while the vice-president is gearing himself up for his next tactical move. Now Quinn must clear his own name, all the while exposing the plans of the vice-president, and restoring order to the United States once more.

Really taking the drama up a gear, this provides some excellent character development alongside the high-octane action. Dealing with a number of political machinations too, it manages to keep the reader involved in the intricate narrative constantly at all times too. The book itself is the sixth title in the series, building on the world that came before it and taking it to a whole new level in the process. 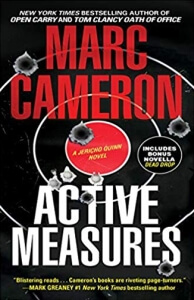 Cuba and America are attempting to negotiate, but there are those that don’t want to see this happen at all costs. With a rogue general getting his hands on an old nuclear warhead, Zayda de la Guardia has the potential to launch a nuclear strike on Miami that could ignite a nuclear holocaust. Now Jericho Quinn must step onto the scene and prevent this happening by any means necessary, as he finds himself in for the fight of his life.

Providing the eighth book in the series, this really pushes the premise to its full potential, with Cameron now in full swing as a writer here. Knowing his subject matter and character, he brings the world of his stories to life, really allowing them to leap out for the reader. Diving straight into the action, it wastes no time in delivering a straightforward story filled to the brim with action and excitement.

Best Books & Series To Read If You Like Jericho Quinn:

Jack Ryan: Written by the American writer Tom Clancy, this would provide much of the inspiration for Jericho Quinn, with Clancy being very much a contemporary of Cameron. Filled with nail-biting action, it’s a series that focuses on the former US Marine Jack Ryan, as he does everything in his power to protect his country and those in need. Featuring in a number of different films, it would become a much loved franchise, with a lot of tension and suspense, as it has now also inspired a television series for Amazon Prime.

Scot Harvath: As a writer, Brad Thor is an American author who definitely has a way with words, knowing exactly what his readers need every step of the way. Working as an ex-Navy SEAL, Scot Harvath takes on a series of increasingly difficult assignments, testing his resolve at all times. For all out suspense you really can’t go wrong here, as Thor manages to expertly keep the balance between suspense and all out action.

Jane Hawk: Usually Dean Koontz is well known for his horror novels, but here he manages to create a series of compelling action conspiracy novels. Filled with mystery, it keeps the reader guessing constantly throughout, as the series centers around the FBI agent Jane Hawk and a conspiracy involving brainwashing. Building upon its world as it goes along, it becomes more and more immersive, pulling the audience in until its shocking conclusion.

Jack Reacher: The British writer Jim Grant, aka Lee Child, is best known for his Jack Reacher series of novels that have been running for some time now. Travelling modern America, Reacher was a former major working in the military police force for the United States, dealing with all manner of deadly foe. Spread across a series of novels, the character becomes his own three-dimensional creation as the series protagonist, to the point of being featured in a Hollywood film starring Tom Cruise in the lead-role.

Charlie Fox: Previously working in the special forces, Charlie Fox is seen as the female counterpart to Jack Reacher, facing trouble wherever she finds it. As ex-military personnel, she’s an outspoken character with lots of depth, having been created by the British author Zoe Sharp. Pulling herself up from the mistakes of her past, she’s a living breathing character that has a lot to say and fight for constantly.

Alaska Authors – Marc Cameron: This takes a closer look at the themes of Marc Cameron as a writer. Breaking down his creative process, he gives an insightful look into his world. The show also takes a look at who he is as a person, and how he came to produce what he’s writing today.

Perspectives – Marc Cameron: Here Marc Cameron talks about his work and who he is as a writer. Analyzing his own novels, it provides a unique window into his own creative processes. It also takes a look at his inspirations, such as Tom Clancy, seeing where and how they’ve come into his work over the years.

Marc Cameron on Jericho Quinn – Blog Talk Radio: Speaking about his time in law enforcement, Marc Cameron chats to the hosts about his past. Looking into his own history, it’s an interesting insight into his own past. It also takes a look at his hobbies, and what interests drive him as a writer.