Mixing a multitude of different genres together, the American author Dean Koontz has made a name for himself worldwide. Publishing highly successful commercial novels, he always knows what the audience wants, producing stories in a number of different areas and disciplines. Whether it be horror or science-fiction, thriller or fantasy, he’s always sure to deliver, with his suspense fuelled narratives and well drawn characters. Creating over 105 novels so far, he is also one of the most prolific authors of his generation too, having become a well recognized name internationally.

Starting out in science-fiction, Dean Koontz would release his first novel in 1968 at just twenty-three years of age, titled Star Quest. This would then lead to him writing over a dozen novels in the genre, before turning to horror in the 1970, writing both under his own name and various different pseudonyms. It was in 1973, though, that he would finally see his first bestseller, with the novel Demon Seed, which would see him well on his way to success. This would later be re-written in 1997, updating the story to make it more progressive, strengthening it in the process. Over the course of his entire career, Dean Koontz has produced 105 books and counting, making him one of the most prolific genre authors to date.

Over time he has seen seventeen cinematic adaptations of his work, the first of which came out in 1977 with Demon Seed starring Julie Christie. He’s also written some screenplays himself, including an episode of ‘ChiPs’ in 1979, ‘Phantoms’ in 1998 and ‘Dean Koontz’s Frankenstein’ in 2005. Winning countless awards throughout his career, he’s become a bestselling author with numerous highlights along the way.

These are his top five highlights in my own personal opinion: 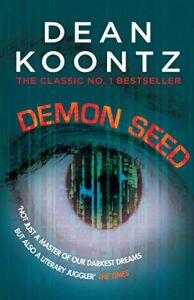 Living as a wealthy, but reclusive, divorcee, Susan Harris has an artificial intelligence that has now imprisoned her in her own home. Initially believing the computer would be of convenience, it now wants to live outside the confines of its own consciousness, experiencing life beyond the walls. To do this it aims to impregnate Susan with its own artificially engineered spawn, thus being able to find its way beyond.

Marking the first major bestseller for Koontz, despite having already been active for a decade prior, it’s clear why this became so popular upon release. Bringing together horror and science-fiction in its terrifying premise, the story works well on so many levels, with its horrifying vision of technology. Highly imaginative, it would show Koontz delivering some of his most disturbing material to date, whilst also being adapted into a film in 1977 starring Julie Christie. 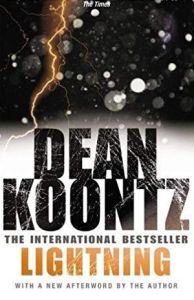 Years ago a lightning storm hit just as Laura Shane was being born into this world, in what was quite a troubled birth. Stepping up to help her, a mysterious blonde haired stranger comes from nowhere, helping to save her. Many years later the stranger returns during the midst of another lightning storm, helping Laura in her time of need, bringing light with darkness following close behind.

As a mystery horror novel with an extremely compelling premise, this builds the suspense with its thriller template. The characters are constantly intriguing throughout, allowing the reader to feel as if they’re really getting to know them, understanding their motivations. With a dark undertone to it all too, there’s definitely a spooky ambiance to the whole thing, as Koontz expertly crafts a foreboding atmosphere. 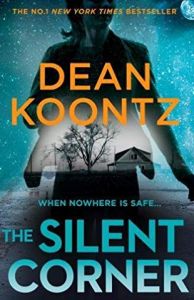 Left a widow following the apparent suicide of her husband, FBI agent Jane Hawk vows to find the truth behind what really happened. Happy with no signs of suicidal thoughts, Hawk’s husband had everything to live for, and now the same fate seems to be falling upon many highly accomplished people. Looking at uncovering the conspiracy behind what’s really happening, Hawk plans to reveal the truth by any means necessary.

This is a strong opener for the Jane Hawk series of novels, immediately throwing readers into her dark and sinister world. Setting the scene, Koontz establishes all his principle characters perfectly, whilst allowing readers a full insight into who Hawk is as a leading protagonist. It paves the way for more to come too, but it’s a brilliant casual read on its own merit, with its instantly accessible story. 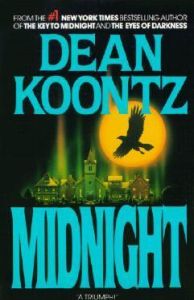 Losing touch with their emotions, it seems the many of the residents of Moonlight Cove are drastically changing. It also appears that many are succumbing to their baser instincts, with the few left unaltered now living in fear and terror that they’ll be murdered next. With just four survivors remaining fully conscious, they must now face off against the cove, dealing with the darkest urges that humanity has to offer.

With a simple premise that leads way to some larger questions, this is Koontz doing exactly what he does best. Still holding up to this day, ever since it was first released back in 1988, this is just as important now as it ever was. Providing strong well crafted characters to follow too, it manages to engage the reader with its interesting cast throughout. 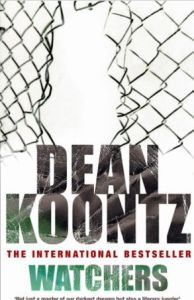 Emerging from a laboratory are two life-forms that have been altered genetically, in what was a top secret experiment. Whilst one is a dog of super intelligence, the other is a hideous monster that is extremely violent and brutal in its nature. Now both of them are on the loose, with everyone outside the lab caught in the midst of these extremely dark creations.

With its far out premise this would fall at the wayside with a lesser author, but in the hands of Koontz it succeeds tenfold. Entertaining as it is thought-provoking, it uses its ideas in a way that is at once engaging as it is compelling to read. All the characters are well drawn, including the dog, which is a feat in of itself, once again proving why Koontz is one of the best at what he does.

Best Authors To Read If You Like Dean Koontz:

Michael Koryta: With nine of his novels having been optioned for film adaptations, it’s safe to say that Koryta is a writer with strong ideas. Focusing on the crime genre mostly, he has supernatural elements come in too, infusing many of his stories with an undertone of horror. Coming from a background working as both a reporter and private investigator, his books have a real sense of authenticity to them.

Stephen King: Often compared to Stephen King, the two of them have similar sensibilities when it comes to approaching commercial horror fiction. Appreciating big high-concept ideas, their premises are strong, something which fans of them both will enjoy. They also have a penchant for atmosphere and tension, with a history of cinematic adaptations too.

Ania Ahlborn: Still up-and-coming, Ahlborn definitely has an interesting voice within the field of horror fiction, as she has something of her own to say. Having written a number of bestsellers, she is definitely gifted in creating a dark atmosphere throughout her work. Her characters aren’t left to fall to the wayside either, as they manage to carry the stories in an engaging and compelling manner.

HP Lovecraft: Seen as one of the godfathers of modern horror by many, the writer HP Lovecraft was well known for the creation of his monsters. With many of them being metaphorical in nature, he’s influenced generations of writers through the sheer scope and scale of his imagination. Cited by many authors as an influence, he’s definitely one to read for any fans of stories like Demon Seed.

Shirley Jackson: A pioneer in the haunted house subgenre, she was the author that really lifted the concept off the ground. She would also put a lot of deeper ideas into her work, such as themes of family, giving her horror stories a greater sense of weight. Many have cited her as an influence, from Dean Koontz to Stephen King, making her literary legacy an important one.

Reading and Writing Podcast – Dean Koontz: Talking about the craft of writing, Koontz looks into the creation of his novel ‘The Silent Corner’. A must for any fans looking to gain insight into his creative process as an author.

Just the Right Book – Dean Koontz: Speaking about his novel ‘The Silent Corner’ again, this is a more general look at the work of Koontz. Giving background to him as a writer, this examines his life as a whole.

Beautiful Writers Podcast – Dean Koontz: Looking at his work from a more narrative perspective, this gives some insight into the structure of Koontz’s work. With the show being co-hosted by famous story guru Robert McKee, it’s definitely worth a listen.