Writing a total of two memoirs, six novels, and two hundred short-stories during her lifetime, the American writer Shirley Jackson was a pioneer in the field of horror and mystery. Known for helping popularise the haunted house novel, many modern writers would go on to cite her as a major influence in the genre. Creating some of what is widely regarded as the best of its kind, she would combine strong characters and deeper themes with good old-fashioned scares. This would lead to making the work resonate more, taking the reader on a journey whereby they cared about what happened to the protagonists, relating to them despite their supernatural settings.

Publishing her first novel in 1948, The Road Through the Wall, Jackson would make her debut with a Gothic thriller that would draw heavily upon her own experiences growing up. That same year she would also see her now famous short-story, The Lottery, published in The New Yorker, further cementing her reputation as a powerful new literary voice. Establishing an intimate ethereal style of storytelling, her work would resonate with readers, taking themes such as family and echoing them through the template of the classic ghost story. Creating an impact, especially with her story of ‘The Lottery’ which initially had negative public reception due to its shocking nature, her work is just as powerful today as it was back then. It’s also the timeless quality of her novels that her audience would warm to, with her stories appearing to be set in another time, allowing them to be relevant in any period.

Her work has also gone on to inspire film and television, firstly with the classic 1963 film ‘The Haunting’, which was later remade in 1999. This was an adaptation of Jackson’s 1959 novel The Haunting of Hill House, which was made into a successful Netflix series in 2018 as well. There would also be film adaptation of the 1962 novel We Have Always Lived in the Castle released in 2019. During her lifetime, Shirley Jackson would receive the Edgar Allan Poe Award in 1961 for her short-story Louisa, Please Come Home, and has gone on to receive much critical and public acclaim since, with many notable highlights throughout her career.

These are my own personal top five Shirley Jackson novels: 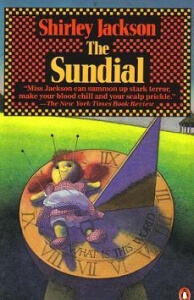 Seen as somewhat of an eccentric by her relatives, Aunt Fanny surprises no-one after leaving a Halloran family funeral to visit a secret garden nearby the old mansion. It’s here that she witnesses a terrifying vision, though, one that’s filled with fear, violence and complete insanity. She’s told when the world will end, being given the exact date for the Armageddon; a prophecy that will send her own family into madness and disarray.

With a lot of the dry humor that Jackson was famous for, this looks at family and the loss of intimacy; themes which she was well known for. Showing a lot of compassion herself as an author, Jackson manages to tread the line between real people and the otherworldly with ease. The interplay between the characters is witty, showing real intelligence as a writer with something deeper to say. 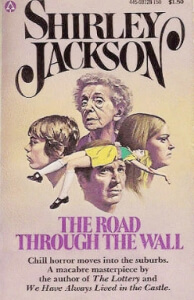 The residents living upon Pepper Street believes themselves to be nice, appearing to be decent people to the outside world. There’s the sanctimonious Mrs Merriam, who browbeats her husband, along with her single daughter who’s slowly becoming more and more bigoted by the day. Meanwhile Miss Fielding places more importance on propriety than looking after her daughter who’s collapsing into oblivion. Finally there’s Mr Roberts who engages in numerous secret affairs, whilst trying to escape the banality of everyday life. All this comes to a head though, after the arrival of a young boy, as he engages in a grotesque act of desperation, ultimately forcing them to see their own complacency.

Looking back on her own upbringing, this Gothic thriller from Shirley Jackson provides a clear insight into who she was as a writer. The first novel she released, it’s filled with witty observations that the reader can easily relate to, with the themes on family being universal. Not shying away from the more negative aspects of her own childhood either, and her own dissatisfaction with it, Jackson shows a real sense of compassion and warmth throughout. 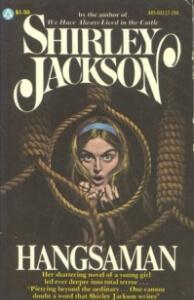 Natalie Waite is a seventeen year old girl who feels that she has been conscious since just fifteen, now coming to terms with the world around her. Her father, the writer Arnold Waite, is having a cocktail party one Sunday afternoon, inviting many of his neighbours and friends from the literary world. This look at the life of the family sets the scene for what’s to come, as, spending the next few months at college, Natalie finds herself emerging from adolescence into adulthood.

One of Jackson’s more surrealist entries, there’s an almost ethereal quality to the nature of her work here. Dreamlike in its look at the world, it conjures up some highly evocative images, intermingled with deeper themes and ideas. Giving the reader a lot to think about, she again manages to create strong characters, especially through the protagonist of Natalie Waite and its seemingly simple concept. 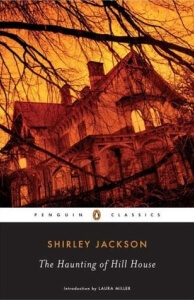 Four seekers of the paranormal arrive at the dilapidated old manor of Hill House, all in the hope of finding evidence of the paranormal. Dr. Montague is a scholar of the occult, along with Theadora his assistant, Eleanor, who’s familiar with poltergeists, and Luke who’s set to inherit the building. Starting out simply eerie, with strange goings on surrounding their stay, it soon transpires that the house wants to claim one of them for itself.

One of Shirley Jackson’s most popular ghost stories to date, it’s easy to see why and how this became so successful. Not just because of the recent success of the Netflix television adaptation, but also the timeless quality of the story itself, this is one of her most enduring stories. Surprising audiences at the time, it continues to create an impact with its creepy and foreboding atmosphere that lingers long after the book’s been put down. 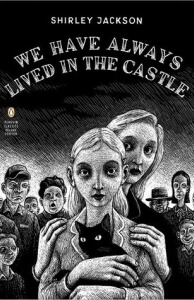 Constance, twenty-eight, and eighteen year old Mary Katharine, aka Merricat, are the Blackwood sisters living in their old family manor on the outskirts of a town in Vermont. With just them and their wheelchair-bound Uncle Julian now being the sole survivors of a mass arsenic poisoning that took the rest of their family, they’re isolated; outcast from the suspicious local community. Practising magic, Merricat is protective of her sister Constance who has agoraphobia, and that’s when their cousin Charles turns up, getting Merricat to open up.

This was the final novel from Shirley Jackson, and it’s a great book to close an equally impressive literary career upon. The character of Merricat, whilst being somewhat creepy in how she’s portrayed, is still someone I found myself rooting for throughout. Showing what can be done with the genre, and that character doesn’t have to be sacrificed for scares really pushed the book forwards, as I was left wondering what happened to the characters long after it finished.

Best Authors To Read If You Like Shirley Jackson:

Daphne Du Maurier: An English author and playwright, Daphne Du Maurier was well known for her atmospheric and resonant style, creating a strong ambiance in her work. Whilst she would be officially labelled as a romance novelist, she’d produce stories of a Gothic nature, such as her famous novel ‘Rebecca’. With elements of the supernatural, she reflected deeper themes, as well as character studies immersed in a richer psychology, exploring a number of interesting ideas and concepts.

Stephen King: Taking a lot from the work of Shirley Jackson, King would cite her as a heavy inspiration on him and his own novels. Famous for his classic horror stories, many of which have gone to become big-screen film adaptations, he’s not only a bestselling author, but a mainstay within Hollywood too. Extremely popular, his work is accessible, whilst also not sacrificing deeper meaning, giving his stories a timeless quality, much like Jackson.

Joyce Carol Oates: The American writer Joyce Carol Oates has published an impressive amount of titles, combining fifty-eight novels, along with many novellas and plays too. Drawing from classic Gothic writers such as the Bronte sisters, she writes with a strong social conscience, imbuing her work with many deeper themes and meanings. A prolific author still, her legacy as a writer with an extensive backlog of consistently high-quality work continues to this day.

Tananarive Due: Known for writing across a number of different genres, including science-fiction and mystery, the American writer Tananarive Due is also well regarded for her horror novels. Writing with honesty, she creates stories that feel extremely intimate and personable, despite their often otherworldly nature and themes. Publishing many series as well, such as her ‘African Immortals’ collection and her ‘Tennyson Hardwick’ novels, she has created a strong niche for herself that is quite unlike any other.

M. R. James: One of the great classic masters of horror, the British writer Montague Rhodes James would lead the way with his well known ghost stories. Setting the template for years to come, he’d establish a new form of ghost story, one that moved it on from simple storytelling to take in deeper meanings and characters. Giving his work a sense of realism, the novels he wrote would resonate with readers worldwide, as they continue to inspire new generations of writers in the genre.

What Page Are You On? – Shirley Jackson Hallowe’en Episode: Focusing on ‘We Have Always Lived in the Castle’ and ‘The Haunting of Hill House’, the hosts examine the work of Shirley Jackson. They also look at the Netflix adaptation of the latter, seeing how it compares to the book, in a fun and informative show.

Deviant Women – Shirley Jackson: Looking at the life of Shirley Jackson, the two hosts examine her career, celebrating her contributions to modern literature and horror. Extremely knowledgeable, it’s in-depth and entertaining, making it an easy listen for any fans of the author.