Hailing from Arizona, Bentley Little is a writer in the horror genre with quite the messed up mind!

One thing I have taken away from the books I have read by Bentley is “memorable”. Whenever I hear of the title of one of the books I immediately remember exactly what the book is about, and some of the scenes depicted within the novel.

Bentley has been writing full length standalone novels since 1990. His first book was The Revelation which was a Bram Stoker Award Winner for Best First Novel. While he hasn’t won a Bram Stoker since, The Summoning and The HauntedBest Novel.

Bentley initially wrote a few short stories prior to his first standalone.

Now I’m going to do something different when it comes to books by Bentley Little – this article is going to be a work in progress.

I haven’t read all of the novels Bentley has written yet. Honestly the ones I have read are very impactful and I like to take a break and read something else between each one. I’m also reading them alongside a friend (Graeme from OrderOfBooks) so we can discuss them etc.

So as I read every single book Bentley has written, I will update this list and rank them accordingly. Rather than a “Best 5 Books” I will end up listing every book Bentley has written which will be cool and different. This is something I generally do online (with cliffnotes on the books) but I decided to do something different and essentially do a live best books update.

List is a work in progress as I read through all of his books and will be updated when I finish each one. I aim to read 2 per month. List last updated: August 30th, 2021. Added The Mailman. 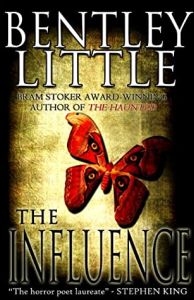 This is the story of Ross Lowry. Down on his luck, he moves to a small community in Arizona to stay with his cousin temporarily. Something odd happens on New Year Eve – all the ranchers there and ranch hands like to celebrate by shooting their guns in the air. This is a tradition they do every year. Unfortunately, this year they accidentally shoot down some sort of flying beast. Some think it is a demon. Some think it is an angel. Whatever it is – it will have everlasting effects on the entire community.

The general concept was interesting and the book description acts like the rich become poor, and vice versa. That really wasn’t the case at all. It was more a case of some people would have good luck, some bad. Then it would change. There were lots of shades of gray in that regard and I felt that was a mistake.

There was no real villain in the book either. I still flew through this one, but it was the most disappointing of the Bentley books I have read so far. 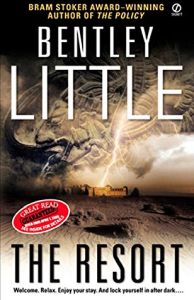 As someone who visits resorts in other countries regularly, I was really looking forward to this one. It takes place in Arizona where this a resort out in the desert. Lowell Thurmann, along with his wife and three children, all visit the resort for 5 days. Alas what was looking forward to being a week of relaxation isn’t what it seems. In traditional Bentley fashion, it gets crazier and crazier.

It starts off with them returning to their room only to discover their room is now occupied by someone else – a boorish, loud and obnoxious man. Then Lowell goes for a swim, and something grabs his leg. But there’s nothing there. The experiences get crazier and crazier.

And the book was great. Most of it. The first three quarters were fantastic. It legitimately scared me to the point I’ll never attend a resort alone again – I’ll only go with people and the rule is they have to have read this book so we can freak out about it together!

The final act of the book was a let down for me though and it bumped it really down the list. So just know that going in – the final act just goes all over the place and storylines or characters set in place just seem to be dropped etc. Very odd ending altogether. 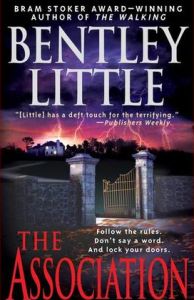 Bentley obviously isn’t the biggest fan of housing associations! This story is about Barry and Maureen, who move into a gated community with a homeowner’s association. They didn’t think it would be too bad living under a housing association but they obviously didn’t expect this. The Association start enforcing more and more crazier rules for the community and in particular Barry and Maureen. The plants that they can plant, the colour of their house, what they can display inside the house, where they can work and so much more. To say they are sociopathic would be an understatement.

There’s one part of this novel that sums up Bentley really well. Early on, Barry is out for a run in the trails behind the community. He hears a noise and investigates. Slithering along the ground happens to be a man. A man with no arms and no legs and his tongue cut out making very weird groans and noises. Wearing a bloody diaper. Barry runs to his closest neighbours house so he can call 911 for this poor man, only for the neighbour to laugh and say “Oh that’s just Stumpy!”.

After reading this book, I’ll never live under a housing association for as long as I live! 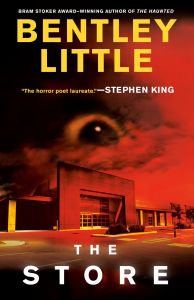 The Store is about a giant corporate store inspired no doubt by the likes of Walmart. A family live in a small town in Arizona when a new corporate giant, known only as The Store, decides to build a location here. Things start off weird when lots of dead animals, who apparently died of natural causes, are found on the building grounds. Within the small community, natural progression takes place with The Store forcing local businesses to shut up shop as they undercut their costs and provide more widely available products.

Inside the Store? That’s an entirely other story. To get a job people need to go through rituals. Such as being a teenage girl who has to go through a lie detector test in the interview process while topless. Who has to provide urine tests while fully nude to the employer.

If you’re looking for an introductory book to Bentley, I feel this is a good one. You will get to see the depravity that he writes about as well as the supernatural element and so you quickly understand what Bentley is about and whether he is your cup of tea or not. Out of the books I have read so far, this is the best Bentley Little book although there is of course easy opportunity for that to change with so many still to read! 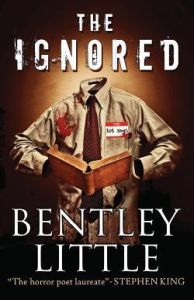 This was a great one bust didn’t connect with me emotionally the same way The Bank did. I wasn’t left in a fit of depression while reading it. Which might be a good thing?

It’s about a man who learns that he leads an incredibly average life. Worse – he realizes he is becoming ignored as in no-one ever notices him. People at his work never say hi to him. He’s never invited to any parties. He’s completely forgettable and practically invisible to people. He can walk into his office in a clown costume brandishing a weapon and no-one will notice.

Until one day he commits a certain act and learns that he is not alone; there are other people like him. All ignored people. They reach out to him and they all create a group together with the aim to terrorize the world that has ignored them.

Different from the normal Bentley novels I have read and very, very good. I just lacked the sort of emotional connection to make it my best book but it’s certainly up there. 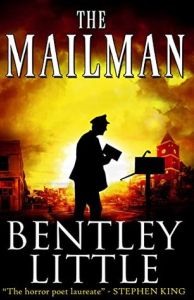 After reading this one I was surprised it was only the second book Bentley Little ever wrote as it was so good!

I enjoy just thinking about what creates the premise for the novels by Bentley Little. Some mailman randomly ticked him off one day and next thing you know he is out there creating the creepiest mailman alive. This book honestly sent chills up my spine.

The story is phenomenal. The current mailman dies and is replaced by this new mailman. Odd things start happening such as only good mail being received and no bills or junk mail. Then things just get crazy in traditional Bentley style.

This is one of my personal favourites. What I really like is it had a solid ending that really made sense. That’s not always the case with these type of books. I did have a few very minor complaints (like why did no-one take the disappearance of Howard too seriously?) but overall a phenomenal book and one I would easily give people to experience Bentley Little for the first time. 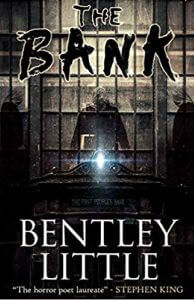 This one is actually very similar to The Store. In The Bank, a new bank springs up overnight in a small town. Of course, everything isn’t as it seems with the bank. A creepy manager. Hiring criminals, homeless people and a disturbed teenager who murders animals. Able to contact people directly and say things to them like “Hey we know you’re about to go grab some orange juice but before you do that, sign up for an account!”. You know – just normal bank stuff.

What I really enjoyed about this book was how depressing it was. That may seem an odd thing to say. I was relaxing in my hot tub, drink in my hand, reading this one and feeling depressed. And I think that is GREAT. The fact that everything The Bank was doing was emotionally affecting me in that manner? I love it so much. Bentley was able to really reach into my inner psyche in this one and it was a tremendous novel.

I’ve read some reviews criticizing this one for being similar to The Store. The general theme is for sure but I read those two practically back to back and I enjoyed this one so much more.

Best Authors To Read If You like Bentley Little:

Stephen King: I mean this is an easy one to list. If an authors name is listed on the front cover recommending books as much as King is on the Bentley books, it’s an automatic inclusion.

Richard Laymon: Another author who is very twisted. VERY twisted. Not the type of books you want to recommend for your grandmothers book club. If you like Bentley though you will like Richard Laymon.

Edward Lee: Author of the City Infernal series and another author in the horror genre. If you want a quick introduction to him, read the short story Mr. Torso which was a Bram Stoker nominee.

Brian Keene: An excellent author of horror whose books are timeless I feel. He can be creepy and dark!

Booked 493: A review of The Bank writtenb y Bentley Little.