Jeff Abbot is a very versatile author who has written novels under various different genres over the years.

I still remember when I first discovered Jeff. I was at a resort in the Dominican Republic with my friends. We had one too many rums the night before, and had spent the day in our hotel room relaxing in the hot tub and marathoning the Bourne movies.

It got me in the mood for a spy thriller type series. I browsed my Kindle and saw Adrenaline on there, the first book in the Sam Capra series.

Addiction would be an understatement.

I proceeded to read all 4 books (at the time) in the space of 3 days. Faster than a book a day! Luckily my girlfriends understand my reading addiction and were okay with it.

It was an excellent series and I was so sad when it was over. I tried his other book series but they just never quite hooked me.

This was SUCH a difficult one to narrow down. I am not complaining though because it has been so enjoyable revisiting the Sam Capra series again and re-reading them for a second time. 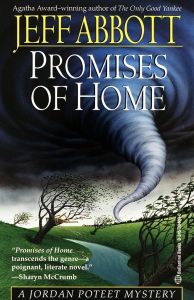 This is the third book in the Jordan Poteet series and the best one in my opinion. I enjoyed the Poteet series for the most part but this one stood out among the rest.

This one felt a lot darker than the others. It’s about a story from the past – when 20 years ago and a hurricane hit, Jordan and his friends were seeking shelter when they stumbled over a dead body. And now – 20 years later – the ones who discovered it are being murdered one by one.

Honestly this is a common trope within these types of books. So credit to Jeff for really making it work and make it one of his best. Just an excellent book and a solid series. 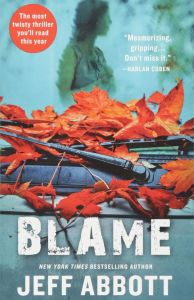 I love psychological thrillers that start like this one.

Two friends, Jane and David, are in a car and Jane crashes it. David dies. Everyone feels bad for her until they find the note Jane had written “I wish we were dead together”.

Jane however has amnesia and doesn’t remember anything about it. Then she receives an anonymous message stating “I Know what really happened”.

This was an easy “read in one evening” type thriller and one of his best.

The mystery in this one is excellent and will keep you reading all night long. 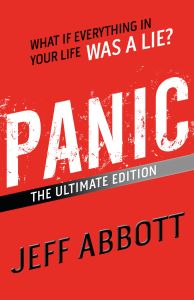 I believe this is the first Jeff Abbott novel I actually read. It’s about Evan Casher who is a documentary maker and life is going great.

He receives a phone call from his mother and heads home only to find out she has been brutally murdered and the same person is attempting to murder him. Someone then saves the day.

This was a great book and as soon as I read it, I went looking for every other Jeff Abbott book.

I still remember when I read this one too – I was on a flight at the time to Milwaukee. To me that says when a book is good – when you remember exactly where you were when you read it or can equate real life memories with it. 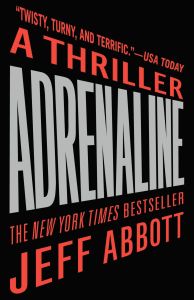 I felt it best to group this series all within the same listing. It is an excellent 5 book spy thriller series which I loved.

I said above when I discovered this series. Such a great series and such great memories.

The first book in the series is about Sam Capra. He works for the CIA and has a great life with a loving wife who is due to have a baby. Then he receives a call from his wife telling him he has to leave the CIA building as it is going to explodes. He does, it does, and she disappears. The CIA think he is involved or behind it and he has to go on the run.

This was a thrill ride from begining to end with a great story and lots of twists. The follow up books were excellent too. I didn’t like the final one, The First Order, as much, but this is still a highly recommended series. 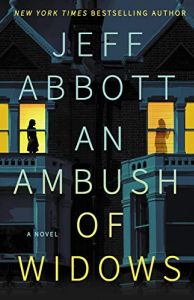 I’m always a bit hesitant when a male author writes books involving a female protagonist. It either comes off very unnatural – as if they have never talked to a woman in their life – or it comes off pandering.

As if they are out there JUST to try and target the female audience.

I’m happy to state that the standalone thriller An Ambush of Widows, which features two female protagonists, does not fall into either of those categories!

It’s also a super good book too and in my opinion, Jeff’s best work to date.

Two men meet in a warehouse area and are murdered. The story revolves around their two widows, as they try and seek out the murderers and what exactly happened.

Like any good thriller – the mysteries just keep on coming. Each chapter brings one new mystery after another.

It had a very satisfactory ending, and also just had a little teaser that has you hoping for a sequel.

Best Authors To Read If You like Jeff Abbott

Blake Crouch: Blake has went into the sci-fi genre with his latest books but if you enjoy the standalone thrillers written by Jeff, some of his earler books such as “Run” and “Abandon” should be right up your alley.

Mitch Rapp: If you are a fan of the Sam Capra series, then this is the best spy thriller series going.

Tom Cain: I get Carver and Abbott confused sometimes simply because Cain has a badass thriller series similar to the Sam Capra series. It’s called the Sam Carver series and it is EXCELLENT and well worth reading.