A master of the old school Western, Louis L’Amour was an American novelist who provided plenty of action and adventure throughout his career. Many of his books featured young and somewhat flawed heroes looking to find their way in the world through adventure and excitement. This was something that L’Amour excelled in, entertaining the reader through his historical adventures, never staying in any one single place too long. He was known for creating some science-fiction and non-fiction titles too, but it’s his many Western series and characters for which he’s most fondly remembered.

Starting out writing articles for various publications, including the ‘WPA Guide Book’ based in Oklahoma, Louis L’Amour would begin by writing poetry and articles on boxing. In time he would see a few short stories being published, the first of which was titled Death Westbound in 1933. Following this period of crime and adventure stories, he would serve as a lieutenant during the Second World War, all while continuing to publish during this time.

Working under the name of ‘Jim Mayo,’ he’d also go on to work upon the already well-established Hopalong Cassidy series, the first of which was The Rustlers of West Fork in 1951. The first novel he’d publish just prior to this in 1950 was titled Westward the Tide, and this would see him release a whole host of Western novels over the following years. Publishing approximately eighty-nine novels during his lifetime, along with fourteen short-story collections and two non-fiction titles, he was an extremely prolific writer.

During the middle of his reign, he was considered to be one of the foremost writers of Western fiction, becoming one of the most popular bestselling authors in the world. He’d also turn his hand to other genres later on too, such as science-fiction with the novel Haunted Mesa in 1987 and the historical novel set in the middle-ages The Walking Drum in 1984.

A large number of films would also be adapted from his work during his lifetime too, with movies such as The Quick and The Dead being made in 1987, created from the popular 1973 novel of the same name. Television shows and serials would also be produced from his work, many of which he would contribute to himself. Creating several radio plays from his books, he’d take the audiobook version of his novels and create something more akin to radio plays. Winning many awards too, including an honorary Ph.D. in 1972 from Jamestown College, he has many noteworthy highlights standing out from the rest.

Ranked in order, these are my own personal top 5 Louis L’Amour books: 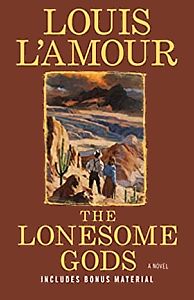 Left for dead by his own grandfather seeking revenge, Johannes Verne is walking through the desert alone, kept alive through sheer grit and determination. Rescued by Native Americans, he’s raised by them, all the while being unable to forget the hatred that his grandfather had shown him. Becoming an adventurer as he grows older, gaining an education, while a mysterious woman befriends him as he heads to Los Angeles to make his fortune and leave his past behind him

This is a strong story from Louis L’Amour, with some key themes and ideas that really stand out for the reader, making it an essential novel. With an ongoing commentary running throughout, it says some important things about life itself and the nature of existence. All this while being thoroughly entertaining, keeping the audience reading, as not only is it thought-provoking, but it’s fun and intriguing too. 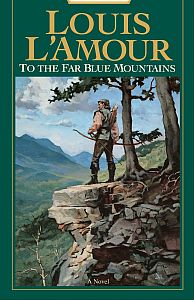 Telling the moving story of a man returning home, this sees Barnabas Sackett attempting to leave England and make his way to America to seek his fortune. It becomes harder than he’d initially anticipated, though, as authorities wait at every port, with a royal order placed against his name after he sold some rare coins that originally belonged to King John many years prior. Queen Bess believes that he has the rest of the lost treasure, meaning that if he’s caught, not only will he be tortured, but he’ll also be put to death.

It’s an exciting novel where I was rooting for the Barnabas the whole way, hoping he would win out with the odds stacked against him. The second in ‘The Sacketts’ series, this moves on from the previous novel ‘Sackett’s Land’ where the character was first introduced in 1974. As an expertly paced piece of historical fiction, it contains all the hallmarks of a great adventure yarn, showing close attention to both character and detail all the way. 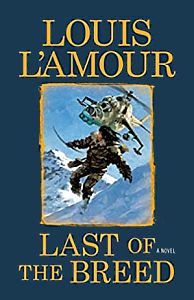 This sees US Air Force Major Joe Mack forced to fight for survival after crash-landing in Russia and escaping from a Soviet prison camp. Lost in the wilderness, he must now battle against the elements, using his survival skills to keep himself alive as he embarks on a journey back to safety. Heading for the Bering Strait, he hopes to make his way back to America, but on his path is the Yakut tracker Alekhin, who also knows the ways of the Sioux.

A great survival adventure story, showing one man up against the elements fighting for his own survival against all odds. L’Amour also understands the traditions of Native Americans, something which is made clear through Mack’s character and the survival skills he utilizes. There’s a lot of empathy in this story, elevating it above being just a simple action novel, giving it a real sense of heart and warmth. 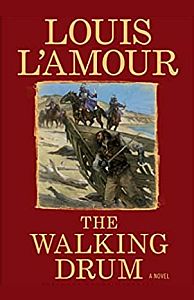 Set in the twelfth century this time, here the adventurer Kerbouchard is heading on an epic journey across Europe and the Russian steppes. Meeting all manner of friend and foe along the way, he seeks his fortune, finding his way to Constantinople and the Valley of Assassins. Danger awaits him around every corner, with battlefields and treachery lying in his path, as well as princesses and riches beyond the imagination.

Taking the Western novel and placing it in the twelfth century, L’Amour really makes the most of this exciting and thrilling premise. There’s a lot to unpack here, as he pushes the story to its fullest, driving the action forwards with a central character that I really wanted to root for, despite his flaws. It’s an inspiring story that pays close attention to historical detail, as well as looking to entertain and enthrall the reader too. 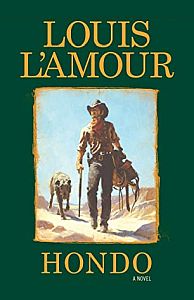 Understanding the ways of the Apache and what it takes to stay alive against all odds, Hondo Lane will do whatever it takes to remain one step ahead in the American wilderness. Then there’s Angie Lowe, as she raises her son in a ranch in Arizona, with a warrior named Vittoro coming between Hondo and Angie. With the people of Vittoro looking to rise against the white man, the three of them are caught in a web of love and honor, with war looming on the horizon.

With a film coming out the same year starring John Wayne, this is technically a novelization, although it was also based on L’Amour’s other short story, ‘The Gift of Cochise.’ Taking place during the 1870s, it’s a perfect example of the Western genre doing what it does best, telling epic stories against vast expansive backdrops. With clear descriptions and great characters, everything is laid out in an easily accessible and compelling story that shows L’Amour at the top of his game.

Best Authors To Read If You Like Louis L’Amour:

Zane Grey: Gaining popularity during the early part of the twentieth century, Zane Grey was both a writer of adventure novels and Westerns, as well as being a dentist. Largely remembered for his writing over his dentistry prowess, he would find a lot of success as a commercially viable writer during his lifetime. Much like L’Amour, he would go on to produce novels that also transferred over to the screen, as his fiction would be adapted for both the cinema and the television.

Elmore Leonard: Starting out in Western writing pulp novels, Elmore Leonard has been likened to novelists such as Raymond Chandler. Often writing about low-lifes and characters down on their luck, he was an adept storyteller, using a direct, straightforward style to get his message across. This would prove popular with filmmakers such as Quentin Tarantino, who would adapt his novels, making the film ‘Jackie Brown.’

Jack Schaefer: Writing some highly iconic Western novels, Jack Schaefer may not have produced quite so many books as L’Amour, but he was just as highly regarded nonetheless. Best known for his novel ‘Shane,’ this would be the book that many regard as the pinnacle of the Western genre. Made into a television series and film, Schaefer and L’Amour would both come from the same generation of Western writers.

Willa Cather: Largely known for writing about the settlers and their moving into the western states of America, Willa Cather was a well-regarded author during her time. Gaining a Pulitzer Prize for her work, she would receive critical acclaim as well as general commercial success. Her stories would provide a window into the period, looking at the settlers, providing an insight into their mindset.

Alan LeMay: Writing both Western novels and screenplays, it is perhaps ‘The Unforgiven’ and ‘The Searchers’ that Alan LeMay is best remembered for. He’d also produce some respectable short stories, along with many notable films that would really set the template for the genre. Much like L’Amour, he would make his own mark on the Western during the twentieth century, moving it forwards.