The career of American writer Cormac McCarthy is something to be admired across the world, with his gritty realism spanning across several different genres. From the Western and Southern Gothic to post-apocalyptic stories, he often features graphic violence but using it in an intelligent manner that gets his point across.

Many have described his work as ‘bleak’ at times, but there’s an emotional core at the heart of his stories driving them home. Most of his fiction is set in the American south, leading to his writing being synonymous with the area, featuring vast and expansive epics stretching across the landscape. As his signature style, this outlook has come to define much of McCarthy’s output, although he has worked in a diverse range of genres over the years.

Publishing his first full novel in 1965, McCarthy would bring out The Orchard Keeper, which he brought out through Random House. Working with the editor Albert Eskine for the following twenty years, he’d soon become a prominent industry name. Bringing out Outer Dark in 1968, along with Child of God in 1973, his status as an important literary figure was secured.

Before his first novel, he would also write short stories, along with a few screenplays, plays, and essays, including The Kekule Problem, which would look at the origin of language. It’d be his novels that he’d make his name with, though, becoming known for his minimal sentence structure and words used sparingly. Often ensuring that they remained apolitical, they maintain a wealth of meaning, as he’d feature strong messages at their central core.

Reaching Hollywood, many of his books saw adaptations for the big screen, including the Academy Award-winning film No Country for Old Men in 2007, and The Road in 2009. These were just a few of the titles that lent themselves to celluloid, as his measured character studies and use of brutality proved to be a hit in the cinema.

McCarthy himself would appreciate many of these adaptations, often being pleased with the outcome. Winning numerous awards, he’s received plenty of plaudits over the years, from a MacArthur Fellowship in 1981 to a Pulitzer in 2007 for The Road, firmly cementing his status as one of the all-time greats. Seen by many as one of the American literary greats of the twentieth century, including a recommendation from critic Harold Bloom, leading to many notable highlights throughout his career.

Here’s my pick for the top five Cormac McCarthy books ranked in order: 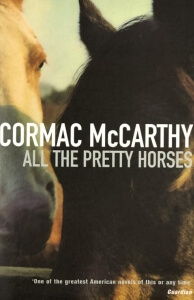 Following the character of John Grady Cole, it sees him as the last in a long line of Texas ranchers. Plans are underway to sell the farm he works on, leaving him with the prospect of moving into town. He then takes it upon himself to travel down to Mexico with his friend Lacey Rawlins in tow. On the way down across the border, they both encounter several different individuals, attempting to push through the hardships that remain in their path.

In this later novel, the romanticism is at odds with the starker sense of bleakness of many of McCarthy’s other works. It’s still pretty ruthless, though, with hard-hitting scenes of brutality and violence, as the two must endure severe hardships, pushing them to the limit and over the entire novel. Either way, it covered a lot of ground, as I felt myself getting swept up in it all, immersing deeply in the journey and the characters’ plight. 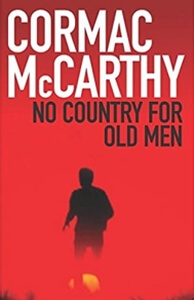 Taking place in Texas-Mexico border town, it’s not rustlers that are a problem here anymore, but drug runners and small towns are now free-fire zones. That’s when Llewellyn Moss discovers a pickup truck that’s surrounded by a group of dead bodyguards and two million dollars left in the back of the vehicle, along with a load of heroin. Moss then takes the money, leading to a deadly chain of violence, as the aging cynical Sheriff Bell attempts to prevent it, along with a killer who chooses victims with a coin toss.

One of McCarthy’s darker novels, breaking down several big themes and ideas, this is a relatively bleak and violent story. Written in short, abrupt sentences, it’s exceptionally matter-of-fact, not wasting any time getting to the heart of the story. Made into an Academy Award-winning film by the Coen brothers in 2007, it’s a powerful novel that doesn’t shy away from some more challenging subject matter. 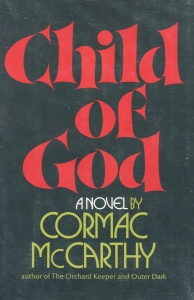 After falsely being accused of rape and released from jail, Lester Ballard is a violent and aggressive individual, consigned to haunting the hill country over East Tennessee. Isolated and alone, he seals himself off from the rest of society, turning to serial killing and outright violence, existing outside the civilized social order. Over time, this leads to him becoming increasingly more extreme in his ways, as he essentially becomes a cave-dweller in this novel set during the 1960s.

Looking at the moral degradation and civilized order’s break-down, McCarthy looks at many different themes and ideas. Dealing with some gritty subject matter, including necrophilia, it’s far from being an easy read at times, making for some moments that are tough to stomach. At the end of it all, though, this remains compelling throughout, making sure that everything has a purpose while looking at the darker side to human nature. 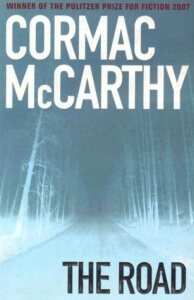 A ravaged and burned post-apocalyptic America sets the stage here, as a father and son traverse the landscape scavenging desperately. Facing all manner of deadly and dangerous foe, they have only a pistol to defend themselves from the bands of lawless outlaws stalking the roadways looking for victims. Planning to reach the coastline, the two of them don’t know what they’ll find there but have hope that what they’re searching for is at the shore of the sea.

This book provides a gritty, realistic look at a post-apocalyptic setting, moving away from the typical fantasy that usually dominates the genre. Within this, though, is an emotional story with lots of heart, as the vision it holds has a message of love, in that a nihilistic world free of all hope still contains human bonds. Working on many levels for me, it was a powerful story that resonated, with its compelling premise and characters later made into a film in 2009. 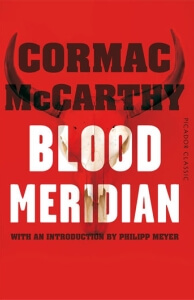 Taking place on the Mexico-Texas border during the 1850s, this historical novel follows the young fourteen-year-old character known only as ‘the kid.’ Setting off across this brutal landscape, he must contend with the violence he witnesses, becoming a fighter himself, and being signed up to the U.S. Army and then sent on a dangerous mission. As a teenage runaway, the kid will have his morality put to the test, as he must deal with a whole range of different situations and characters.

Essentially working as an anti-Western, this story takes the reader along for the ride, sweeping them up in the epic action. The language is straight and to-the-point, with no holding back when it comes to the violence’s sheer brutality. As a huge epic journey, it charts the violence and bloodshed that accompanied America’s expansion as it grew westwards.

Best Authors To Read If You Like Cormac McCarthy:

William Faulkner: Writing numerous essays, screenplays, and plays, William Faulkner was a Nobel Prize-winning American author with a powerful voice. Largely focusing on Southern literature, his work still gets celebrated worldwide, being successful throughout the early part of the twentieth century. Writing many screenplays too, most notably ‘The Big Sleep’ in 1946, he was an important writer with a lot to say, as his legacy lives on.

Flannery O’Connor: As an American author of both short stories and novels, Flannery O’Connor gained international recognition during her lifetime. Employing the Southern Gothic style, she became known for her sardonic wit and intelligent prose while never shying away from violence. Her stories are extremely engaging and well written. With some heavy themes and concepts prevalent throughout, she was more than able to pull the reader in and hold them there, constantly glued to the page.

Ernest Hemingway: Well regarded for his sparse and sparing use of language, the American writer Ernest Hemingway was known to be one who never wasted a single word. Leaving subtle clues in a slight turn of phrase, he’d give his writing layers of meaning, allowing his readers to continually more on each read through. Just as much a phenomenon today as he ever was, his minimal use of language often reflects McCarthy’s, making for an important and influential body of work.

Raymond Carver: It was mainly short-stories that the American author Raymond Carver was well known for, writing with a sense of minimalism, much like McCarthy. Often seen as being in the genre of ‘dirty realism,’ he’d write stories grounded in reality and the general day-to-day, looking at how people as they are. Not afraid to deliver some hard-hitting elements in his fiction either, he’d provide an often unflinching portrayal of American working-class life.

Annie Proulx: Writing short stories and novels, American novelist Annie Proulx is regarded highly for her award-winning fiction. Knowing how to set a scene in terms of location, style, and tone, she, much like McCarthy, has a real gift for ambiance, really allowing her readers to inhabit the landscape. Evocative as they are engaging, her stories are both contemporary and timeless and sure to capture any McCarthy fans’ attention out there.

Overdue – The Crossing: Irreverent and entertaining, this examines Cormac’s novel ‘The Crossing’. Looking at the story, it’s an informative show that’s easily accessible offering plenty of insight into the novel.

Faking Lit – The Road: Looking at the Cormac novel ‘The Road’, this examines what many now consider his post-apocalyptic masterpiece. Featuring the expertise of its guests as well, it examines the reality behind the novel as well.

Phi Fic – Blood Meridian: This an interesting look at Cormac’s novel ‘Blood Meridian’, studying the philosophy and ideas of the story. Breaking the novel down, it’s an informative and interesting podcast.