Not only was James Baldwin excellent and erudite as an author, but he was also an articulate speaker, being a highly visible personality during his time. He was often writing about racism in the United States, tackling many social issues, from sexuality to class and race. Outspoken on gay liberation, Baldwin was also a social activist who made a powerful impact, being a key figure at the forefront of the civil rights movement during the mid-twentieth century.

James Baldwin’s work lives on as a testament to his life and struggle, from his poetry and essays to the films and art he inspired and the powerful legacy he achieved. Often speaking on masculinity, he would talk about acceptance and tolerance.

In 1953 James Baldwin would publish his first novel, the semi-autobiographical Go Tell It on the Mountain, which many would regard as his masterpiece. Later, in 1956, he would follow this up with Giovanni’s Room, which would also further cement his style, establishing many of the core themes for which he’d become famous.

During this time, he’d also produce a succession of essay between novels, the first of which was Stranger in the Village for Harper’s Magazine in 1953. Often collecting a lot of these essays together, most notably in 1955 with Notes of a Native Son, followed by Nobody Knows My Name: More Notes of a Native Son in 1961. There would also be numerous plays, poetry, and countless work published posthumously after his passing back in 1987. Examining the intricacies of race, class, and sexuality during the mid-twentieth century, he was a writer ahead of his time, marking an essential progressive voice for the civil rights movement.

Collaborating with several other writers, he often worked with academics and speakers, producing several different books, along with some unique plays and audio pieces. His posthumous collections have also helped shine a light on his thinking in more recent years, with them also inspiring further work.
The style of James Baldwin has gone on to inspire several films, such as the work of director Barry Jenkins, who would go on to adapt If Beale Street Could Talk in 2018.

He was a notable public figure, speaking on television about the civil-rights movement, with a lively debate on The Dick Cavett Show in 1968. The debate formed the basis of the award-winning 2016 documentary ‘I Am Not Your Negro’. The documentary was also loosely based on his unfinished manuscript Remember This House. It would expand upon many of the ideas, fleshing them out. Then there was his infamous debate at the Oxford Union with William F. Buckley.

Baldwin spoke eloquently on black people in America before being declared the overall winner. His speech given has become hugely influential in its own right and a lesson in eloquence. He won many plaudits throughout his life, starting with the Guggenheim Fellowship in 1954, through to the George Polk Memorial Award in 1963, as he’d have plenty of highlights throughout his literary career.

My own personal top five novels from the literary career of James Baldwin are ranked as follows: 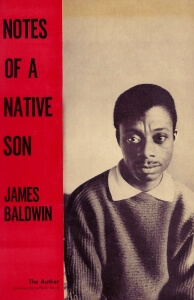 See at Amazon#5: Notes of a Native Son (1955)
These ten essays study how they’re dealt with across America and Europe, dealing with the many contemporary issues surrounding race in contemporary society. Often moving into biographical territory, this work of non-fiction looks at how racism has come to be in western society. Studying several different texts, such as ‘Uncle Tom’s Cabin,’ he looks at their place in literature and what they mean.

Marking an incisive and informative piece of work, this is a must for anyone looking to understand Baldwin as an author better. Not only that, but it also lays bare the many issues surrounding racism, with many of these observations still ringing true today. There’s also a strong sense of the intimate running throughout. It’s an honest personal account, making it easier for the reader to immerse themselves within it while also understanding the texts he’s critiquing, putting them in a new context. 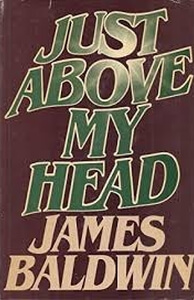 See at Amazon#4: Just Above My Head (1979)
Set in Harlem, this begins with a group of friends living and preaching there, as it starts with a brother mourning suffering from grief. Featuring a whole range of different characters, it manages to encompass a family living there through the 1940s to the 1960s, dealing with the many social issues of the day. From homosexuality and homophobia to race and racism, it remains an unflinching portrayal of the time, looking at bigotry and perseverance.

It’s a powerful novel that captures a moment in history, which resonated regardless of not having lived through it myself. The characters come alive off the page, as it impacted while speaking truths that are just important today as they ever were. Questioning identity and what it means, it holds up a mirror to society, doing what few other writers can, staying with the reader long after they’ve put the book down. 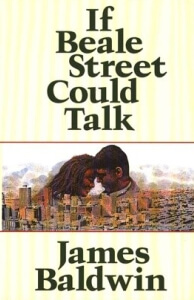 See at Amazon#3: If Beale Street Could Talk (1974)
Tish is a nineteen-year-old girl in love with Fonny, a sculptor and the father of her child, as the two vow to marry and find a place together. When a racist white cop falsely accuses Fonny of a crime leading to jail time, the family gets torn apart, leaving the two lovers uncertain for their future. Dealing with race in a cold, hard America, they must overcome the hardships in their way, taking place in Harlem during the early part of the 1970s.

At its heart, it’s a love story, but a tragic one, filled with emotional toil and torment, as Baldwin effectively makes use of the landscape and time to tell his tale. Grounded in reality, it’s lyrical and gripping, making you feel for the characters, and everything that they’re going through, right till the end. Later made into a film by Academy Award winner Barry Jenkins, it’s a classic story that shows Baldwin at the peak of his powers. 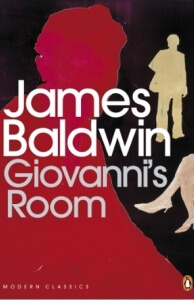 See at Amazon#2: Giovanni’s Room (1956)
Set in 1950s Paris, this follows David, a young American man who immerses himself into the alternative world he finds there. Previously attempting to repress his sexuality, he starts to explore himself, beginning a relationship with an Italian man named Giovanni. Having proposed to a young woman, he now finds himself torn between identities as he comes to discover who he truly is as a person.

The use of prose here is exceptional, and it brings to life the world of Paris during this time, with all its vivid colors. With David and Giovanni, it also highlights some of the many issues surrounding sexuality at the time and what it means to be true to yourself. It does cover some challenging subject matter when looking at the obstacles and prejudices gay people must endure. It does it sensitively and with such tact, making it a fantastic and memorable read. 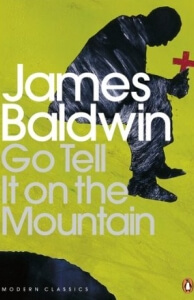 See at Amazon#1: Go Tell It On The Mountain (1953)
As the stepson of a Pentecostal minister, this follows fourteen-year-old John Grimes in coming to terms with his identity one Saturday in March 1935. Taking place in Harlem, it sees his step-father as the minister of a small store-front Pentecostal church there, looking at the role of the church in his own life. Dealing with his inner nature, John is confused about what he’s told is a sin while attempting to overcome the messages of his upbringing.

A semi-autobiographical novel for Baldwin, it looks at how he came to understand his sexuality growing up. Looking at the church’s role when it comes to homosexuality, it’s a serious and eloquent novel that brings to light the many issues surrounding sexuality and race. This novel stands up there as some of Baldwin’s best writing for me, as it’s so intimate and lyrical, making for a highly personal and honest account of a set period in American history.

Best Authors To Read If You Like James Baldwin:

Langston Hughes: Known for his work innovating and pioneering Jazz-poetry, Langston Hughes was a key leader in the Harlem Renaissance. Writing in various mediums, including working as a novelist, playwright, poet, and columnist, he was a gifted and versatile author. Noted for his work as a social activist too, he’d bring to light issues surrounding segregation at the time in America, as well as his attraction to Communism.

Maya Angelou: A powerful writer known to many, Maya Angelou was a noted American writer with a vast backlog of plays, novels, and poetry under her belt. Also, working as a civil rights activist, her work was instrumental in advancing the cause for many African-Americans at the time. With her legacy still felt to this day, her work inspires and advances the convBest Toni Morrison Booksersation surrounding race, both in America and beyond.

Toni Morrison: An award-winning author with a lot to say, Chloe Anthony Wofford Morrison was an important writer during her lifetime. Working as a college professor and essayist too, she was both knowledgeable and gifted, gaining a Pulitzer for her contributions to the field of literature and racial discourse. Morrison was never afraid to speak her mind. She was outspoken on many different political matters, being an articulate and intelligent individual.

Ralph Ellison: As a literary critic and author, Ralph Ellison would leave a legacy quite unlike any other, developing the American dialogue surrounding racial division for years to come. His work was always concise, intelligent, and articulate, with a strong moral stance throughout, writing countless essays, novels, and short stories. He would win numerous awards for his work, being recognized as one of the most powerful writers of his generation.

Alice Walker: Winning the Pulitzer Prize, Alice Walker is perhaps best known for her novel ‘The Color Purple,’ becoming an Oscar-nominated film. She’s outspoken on her many political views over the years, along with her vital work social activist. Writing and speaking extensively on race and feminism, she is erudite and intelligent, and a writer with a lot to offer.

Legacy: the Artists Behind the Legend – James Baldwin: Here it’s a look at the life of the author from a biographical standpoint. Showing who he is, it manages to explore him as a person fully.

Stuff You Missed in History Class – James Baldwin: Providing a break-down of the author and his work, this is an insightful show with a lot to offer. Spending time on his work as an essayist, it delivers when it comes to covering him from all angles.

Great Lives – James Baldwin: This looks at the life of James Baldwin, examining who he was as an author and activist. An interesting, accessible, and informative show, and one that gets to the heart of him as a person.