An essayist, academic, poet, world-renowned author Toni Morrison was a compelling American novelist throughout her literary career. Critically acclaimed, her reputation as a key and integral figure on the literary scene was unsurpassed, writing novels that many would come to appreciate the world over.

Whether it was novels for adults or children, she was a hugely gifted writer, with a diverse range of talents, all brought out through her singular voice and style. Writing with conviction, often about the racial divides found in modern America, the legacy she left behind is admired still, with many writers attempting to follow in her footsteps. Whether it was her writing or political stances, Morrison was an influential writer with a lot of conviction and a lot to say.

Releasing her first novel in 1970, Toni Morrison made her literary debut as an author with her book The Bluest Eye. While she received a few favorable reviews for it, the book initially took some time to gain momentum. Following this, she published her second book in 1975 titled Sula, which earned a National Book Award nomination.

Following this, Morrison would gain international recognition with her third book Song of Solomon in 1977, being selected for the Book of the Month Club. Then, in 1993, she would receive the Nobel Prize for Literature, which came about from her 1987 novel Beloved. This book was also the first in a trilogy. Incorporating a range of themes and ideas into her work, Morrison would primarily look at race and feminism, breaking down their legacy in contemporary American society.

Her book ‘Beloved’ has been made into a 1998 film directed by Jonathan Demme and starring Oprah Winfrey in the lead. Winfrey had herself been attempting to get it made for ten years. There were also documentaries about her life, most notably 2019s ‘Toni Morrison: The Pieces I Am,’ featuring interviews with the likes of Angela Davis and Barack Obama.

She’d also write a collection of children’s books, starting with The Big Box in 1999, as she’d write them all with her son Slade Morrison. Teaching in various capacities too, she lectured at prestigious establishments like Princeton. Winning numerous awards along with her Nobel, she gained critical acclaim, including the Pulitzer Prize for Fiction in 1988 for Beloved, as she had many notable highlights throughout her career.

These are my picks for the top five Toni Morrison novels ranked in order: 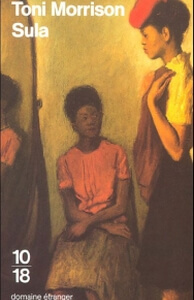 Looking at the lives of two black women living in America, it charts the enormously different paths taken, despite growing up in the same Ohio based small town. Heading off to college, making a life for herself in the big city, Sula Peace has returned, now seen as both a rebel and seductress. In contrast, Nel Wright has remained there, becoming a pillar of the black community. Now they must both deal with the choices they’ve made in life while also dealing with what it means to be a black woman in America.

While densely packed, this was an engaging and entertaining novel, despite some challenging subject matter. Its rich language that effortlessly flows across the page manages to capture the reader’s attention from the outset immediately. I was personally captivated by its two leads, feeling I came to care for them as the story progressed, giving me plenty of insight into their lives. 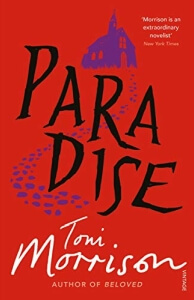 This story opens with a depiction of mass violence befalling an all-black small town in rural Oklahoma, as it then looks back at how it came about. Set-up and founded by the freed slaves of descendants looking to survive in an otherwise bitterly hostile world, Ruby is a small patriarchal community of a town with a rigid moral law. Meanwhile, nearby, a group of fellow exiles looks to find their place called home, but the men of Ruby plan to lay down their brand of violence in the name of their law.

While the story examines racial divides, this also looks primarily at the gender divide between men and women. Studying when the oppressed become the oppressors, there’s many weighty themes and issues at play here, dealing with them with tact and sensitivity. Although it’s a somewhat elaborate book, it’s also nuanced, taking a look at the situation from multiple angles, covering lots of ground in the process. 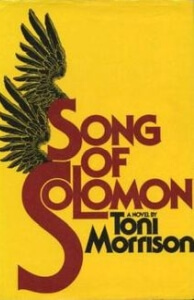 Set in the Upper Peninsula of Michigan, this follows the character of Macon ‘Milkman’ Dead from birth to adulthood, as he grows up in the small town there. Opening with the death of Robert Smith, he was both an insurance agent and a member of ‘The Seven Days,’ who kill white people in retaliation to the murder of black people. His suicide from the roof then sees Ruth, the mother of Macon Dead III, giving birth to Macon. The novel then charts the life of Milkman Dead, living as an African-American in a small Michigan town.

Creating an intricate and rich narrative tapestry that’s finely interwoven, this book captures a feeling, looking at the life of its central character Milkman Dead. Spanning the years, it has an enormous amount of scope and scale, really bringing its world to life through several different genres. Combining magical realism with a coming-of-age story, it’s a unique book that brings together a collection of diverse elements into one engaging and compelling mix. 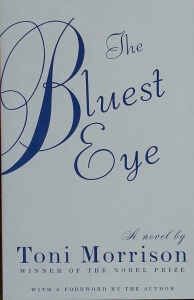 Starting in Lorain, a town in Ohio, Pecola Breedlove, a young black eleven-year-old, is praying for her eyes to turn blue. Taking place during the Great Depression, she desperately wants to be like the other blue-eyed white children she’s cruelly told are more beautiful than her. Developing a feeling of inferiority, she deals with a series of hardships, being a foster child in a mostly white neighborhood that always negates her.

Dealing with some challenging topics here, including a look at abuse, this isn’t an easy-going book by any means. With Morrison at the helm, though, it’s handled sensitively, and, with it being her first novel, I could immediately see why she was such a literary phenomenon. The language used is extraordinary, as she’s at her most raw, breaking down racism in America and the many horrors that come with it. 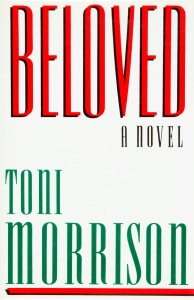 Escaping to Ohio after being born into slavery, Sethe is still not free eighteen years later, as memories of Sweet Home haunt her. A beautiful idyllic farm on the surface, many awful things befell her there. Her nameless baby who passed away now haunts her own home, with its destructive ghost wreaking havoc. With the baby’s tombstone simply reading ‘Beloved,’ a teenage girl has now arrived, also calling herself Beloved. Now a secret from the past threatens to catch up with the present.

It’s easy to see why this won a Pulitzer Prize, as it effectively makes use of the horror genre to bring some genuine issues into the limelight. Never holding back, it’s unflinching in its portrayal of the horrors of slavery, with its narrative reflecting the chaos found in the protagonist’s perspective. The book later became a 1998 film directed by Jonathan Demme and starring Oprah Winfrey in the lead-role as Sethe.

Best Authors To Read If You Like Toni Morrison:

Alice Walker: Social-activist and American author Alice Walker is an institution, producing many books throughout her literary career. Largely known for writing ‘The Color Purple,’ which later became an Oscar-nominated film directed by Spielberg, she often writes on race issues. Winning the Pulitzer Prize, she has been an enormously influential novelist, leaving behind a legacy that will continue to inspire for years to come.

Zora Neale Hurston: Depicting the many difficulties of the racial struggle found in America during the earlier part of the twentieth century, Zora Neale Hurston was a singular voice. With a strong presence on the page, her writing stood out, as she would impact the way people thought about both literature and race. Her work reached for the big screen on several occasions. Writing many books during her lifetime, her importance as a writer continues today.

Wole Soyinka: The Nigerian playwright Wole Soyinka is also known for his work as an essayist and poet, gaining a Nobel Prize for Literature in 1986. Friends with Toni Morrison during her lifetime, the two formed a mutual bond, coming to respect one another’s work and writing. Dealing with oppression, he’s never afraid to shine a light on some of the more difficult aspects of human nature and society as a whole.

Bell Hooks: An American author, activist, feminist, critic, and academic, Gloria Jean Watkins, who goes under the pen-name of Bell Hooks, is a powerful voice within the literary industry. Speaking on various subjects, from intersectionality to capitalism, she’s an outspoken individual with a lot to say. Making herself heard, her books speak for themselves. They are a definite must for anyone wanting to gain a deeper understanding of the many issues currently facing the United States today.

James Baldwin: Writing about subjects surrounding his race and sexuality, James Baldwin is an American voice quite unlike any other. Dealing with a range of themes and ideas, many of his books span over many years, taking in their effects through the generations. A gifted spokesman as well, he’d speak at numerous events, working as an activist for much of the twentieth century.

Oprah’s SuperSoul Conversations – Toni Morrison: A fascinating interview with the author, this is an interesting look into the life of Toni Morrison. Speaking to Oprah Winfrey, it’s an illuminating look at who she was, with this posthumously released show.

Legacy: the Artists Behind the Legend – Toni Morrison: This provides a straightforward look at the life and work of the author. Examining her career in an informative manner, it looks directly at her novels and what she created.

Great Lives – Toni Morrison: Part of the BBC Radio 4 series ‘Great Lives’, this is an interesting look at the life of the author. Examining her literary career’s entire expanse, it’s a must for any fans of the author.