For many the American writer and literary institution Joseph Heller really does need no introduction when it comes to listing his achievements. Writing with a strong satirical edge, he was always funny and quick witted, knowing just how to keep the reader engaged, whilst elevating literature as an art-form in the process. Speaking about a range of different subjects, he’d take aim at everything, from the absurdity of war, to the trappings of suburban life. Leaving an imprint on the industry, he’ll always be remembered through his work, with many of his books still being regarded as some of the best of all time.

First releasing Catch-22 in 1961, this would be the novel that would fully establish the name of Joseph Heller as an author. Quickly gaining prominence worldwide, this would become his comic masterpiece for many, and one that he’s still remembered for today. Using his own time spent serving in the Second World War, it would have a satirical quality to it quite unlike any other, and a comic sensibility that he would continue when he brought out his next novel titled Something Happened in 1974. During the time between these two novels he would also produce a play and some screenplays, some of which would reach the big-screen. He’d also create a number of short stories and plays based on his novels too, expanding on his work, and becoming one of the most prominent comic voices of his generation.

In 1970 ‘Catch-22’ would become a black comedy anti-war film, and would go on to be a moderate cult hit reappraised in the years to follow. The term ‘catch 22’ would also feed into the public lexicon due to the books popularity, with it coming to mean being locked into a paradox of circular logic. Often this will be directed at bureaucracy, such as that which was satirized in the novel itself, thus showing the impact it has had on culture as a whole. Ranking this novel in numerous lists as one of the greatest novels of the 20th Century, many still cite it as one of their favorite stories, marking a career filled with many highlights.

Here’s my own personal top five Joseph Heller novels from his writing career: 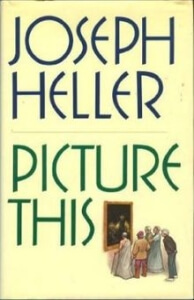 See at Amazon#5: Picture This (1988)
Looking at multiple periods throughout history, the entire story is connected through the painting ‘Aristotle Contemplating a Bust of Homer’ by Rembrandt van Rijn. From the golden age of Athens, right through to Aristotle, Rembrandt, and even Jimmy Carter and the author himself, it travels through the ages. Using satire, it charts human development and the disparities within our many philosophies, and what lies at the very heart of them.

This was a novel with a great deal of scope, taking the idea of satire and really running with it for the duration of the novel. Pushing the concept as far as it can possibly go, it really manages to get its ideas across, coming to life in a way that few other authors are capable of. With history at the heart of it too, it takes the novel format somewhere else, which really engaged me, both educating and entertaining along the way. 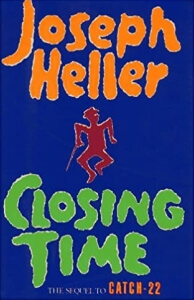 See at Amazon#4: Closing Time (1994)
Coming to the end of their lives, John Yossarian and Milo Minderbinder draw from their time spent serving during World War II. Looking at the myths of war, they reminisce on what it actually entailed, breaking down what it’s come to mean in the intervening years. Facing reality, they must all come to terms with life as it is, as half a century has passed since the war itself finished.

This was the follow up to the highly popular Catch-22, and it continues many of the themes and ideas of the original, albeit from a much later date. While it’s not as strong as the original, it still contains a number of good moments, reminding me what made the first work so well. The tone feels a little darker, but the characters are all there, and it was great to catch up with them all, drawing a conclusion on them and their lives. 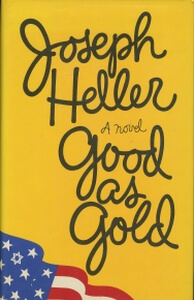 See at Amazon#3: Good as Gold (1979)
Hoping to transform his life to something more ideal, Bruce Gold is a Jewish professor facing middle-age, along with a career in politics. With this new life just opening up to him, he wants to put his old one behind him, as his kids don’t look up to him, and his wife ignores him, to the point he’s left her without her even acknowledging it, along with his bully of a father. Now it seems he’s got a chance to turn everything around, looking to the future, and becoming the man he wants to be.

Looking at family, Heller once again casts a wry eye on a facet of American life, giving it his own unique insight and wit. Holding everyone to account, there are few, if any, redeemable characters throughout the entire course of the novel, but still Heller kept me reading. This is a testament to his skill as a writer, creating a story that really spoke to me on several levels, making me laugh along the way. 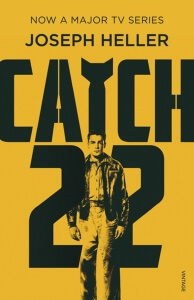 See at Amazon#2: Catch-22 (1961)
Set during the second world war, it charts the military career of Captain John Yossarian between the years of 1942 and 1944. Operating as a bombardier for the US Army Air Force, he flies the B-25 for the 256th Squadron, stationed just west of Italy, on a small island in the Mediterranean called Pianosa. It’s here that he spends most of the war, attempting to fulfill his service duties along with the other airmen there, all so they may return home as soon as possible.

So this may surprise some, but I’ll get around to explaining why it’s second with the following book, but I still feel this to be a masterpiece. This isn’t a novel that’s constantly in all the top lists for nothing, as what it does do, it does do extremely well, saying everything it wants to say. As a satire against the absurdities of war it hits every mark, showing it up as the foolhardy exercise it really is and continues to be. 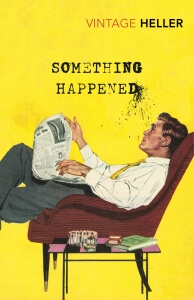 See at Amazon#1: Something Happened (1974)
Following Bob Slocum, he’s a middle manager living the seemingly perfect all American dream from the outside. With his idyllic home and family, he appears to be fulfilled, but this really isn’t the case, as there’s clues he’s not entirely content. This feeling of discontent eats away at him behind the facade, all until one fateful time that something finally happens.

Alright, so this might be controversial with many, given that ‘Catch-22’ is his most widely known novel and considered a masterpiece, but here I believe the author to excelled himself. Conducting a lot of research and planning, the story took far longer to create, and reading it this felt obvious to me personally. The story is extremely articulate, with some blistering observations of office life in suburban America, providing some astute and in-depth insight.

Best Authors To Read If You Like Joseph Heller:

Kurt Vonnegut: Known for his funny and witty observations, Vonnegut was an American author who would take often absurdist and comical journeys. Also satirising war, he would create the novel Cat’s Cradle, which would cast a humorous eye on a number of issues. Perhaps the best known novel of his though, is Slaughterhouse Five, which would take a look at the horrors of war and his own time spent serving during World War Two, using the lens of science-fiction.

Erica Heller: The daughter of Joseph Heller, Erica would write on his life, offering a unique insight into who he was as a person. A definite must for all fans of him as a writer, it provides a window into his work, offering another side to his creative process, and not always entirely positive. She’s also produced a lot of new and original stories of her own which are well worth reading, along with work being published in various different publications.

John Kennedy Toole: Published posthumously, A Confederacy of Dunces is almost legendary as an absurdist cult classic, and it was for this that the American author John Kennedy Toole would become famous. Seen by many as one of the funniest books ever released, it would go on to receive a Pulitzer, which unfortunately Toole wasn’t around himself to see. This would also lead to an early novella of his titled ‘The Neon Bible’ being released as well, which would gain a good reception too, along with a film adaptation.

Dorothy Parker: A fellow satirist on American life, I’ve personally come to appreciate the ever caustic eye of both Joseph Heller and Dorothy Parker. While not writing full novels as such, she was noted for her short stories and poetry, along with her many infamous barbs. A wit just like Heller, she’ll continue to be an endless source of quotations, but it’s her clever and incisive observations that always stayed with me.

Spike Milligan: A British comedian and writer, Spike Milligan was known just as much for his work behind the camera as he was in front of it. Serving in the army too, a lot of his material would reflect this, with it often being comic, as he’d come to recount his own time in the military. Many still sing his praises today, as his novels and prose continues to live on, and is a must for anybody interested in satirical approaches to the second world war.

Book Club – Joseph Heller: Catch-22: Speaking with an audience about his novel Catch-22, Heller breaks down his most famous book. This offers some great insight into the the masterpiece from the man himself.

Overdue – Catch-22: Offering an irreverent and informative look at his most famous novel, the hosts analyze what it means and its place within modern literature. Funny and easy-going, it provides analysis on everything in and around the book and author.