A household name for many, the American author of contemporary romance novels Danielle Steel has been a bestselling writer for a long-time now. Writing over 179 titles and counting, she is a well established name within the romance genre and throughout the industry. Typically focusing on rich families and drama, she looks at themes such as blackmail, fraud and prison, essentially creating high-end melodramas that are beloved by audiences around the world. This formula has proven to be hugely successful with the public, making her the fourth bestselling author of all time, with huge appeal internationally.

Writing her first manuscript when she was just nineteen, she would work for a public-relations firm, before going on to become an advertising copywriter. Following this she would go on to write her first novel in 1972 titled Going Home, which was a contemporary romance about a woman finding a new career and love. This would come to set the template for much of her work to follow, as her stories would begin to evolve into more high-concept dramas, which is what we know her for today. Many of her books would also be stand-alone titles, although she would create two series, one being ‘Max and Martha’ starting in 1989 with Martha’s New Daddy, the other, ‘Freddie’, beginning in 1992 with Freddie’s Trip. Typically spending about two to three years on a book, writing multiple novels at once, her writing tends to deal with the darker aspects of human nature, sometimes taking elements from her own life and experiences.

Their would also be various adaptations of her work too, with a number of television mini-series and films being produced from her novels. With twenty-five of her titles being adapted, she’s no stranger to the small and big-screen, the first of which was released in 1983 with her 1978 novel Now and Forever. Prior to this she would novelize the 1979 film The Promise with the book of the same name. Winning numerous awards over the course of her writing career, as well as being featured in the 1989 Guinness Book of World Records for having the longest running bestselling novel, she has had many notable highlights.

My own personal top five Danielle Steel highlights are as follows: 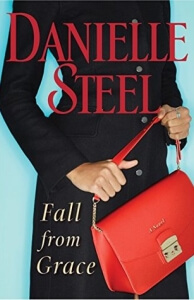 Widowed at forty-nine, Sydney Wells has found herself suddenly thrown into the deep-end, as her husband has inadvertently left her out of the will. With his daughters taking everything, she finds herself a job in the fashion industry, leading to her being implicated in some corrupt international dealings after her boss frames her. This then means she must build everything back up for herself once again, proving to others that she can make it, and becoming a success in her own right.

This is a strong and empowering life-affirming story, one that really pulled me in from the start with its positive message. Turning the old trope of the ‘evil stepmother’ that’s so prevalent in fiction on its head, Steel does something new and interesting here. Seeing Sydney regain her dignity as a resilient and grounded individual is compelling to read, making this one of Steel’s modern bests for me. 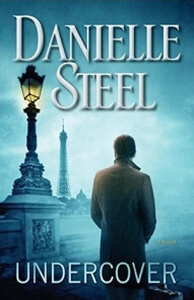 Everything seems to be over after Marshall Everett, the DEA Special Agent, has his arm rendered useless by gunshot. Despite being barred from his previous life in undercover work, and this being everything to him, he goes on to find himself embroiled in a mystery after seeing a woman burying an old steel box in a Parisian park. This leads to him discovering how she had been kidnapped by a group of radicals, only to be brainwashed, a life she wants to leave behind if only certain corrupt authorities set on revenge would let her.

Another modern story and one of Steel’s more recent entries, this delves into the area of more suspense oriented romance. This clearly shows her as a highly versatile writer, branching out into different areas, as she proves herself more than capable. With her penchant for classic romance too, this is a great story combining all the elements that make her a great writer showing why she’s appealing to so many. 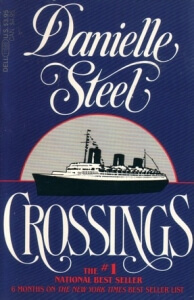 Set during the summer just before World War Two would breakout, Liane Crockett de Villiers would cross the Atlantic with her husband, the Ambassador of France. This is when she meets Nick for the first time, leading to a spark between them, one that is not acted upon until they must cross the Atlantic once more following their sudden need to flee France. Leaving everything behind, Liane finds her loyalties put to to the test, as the most turbulent decade of the twentieth century sees them heading from Paris to New York and San Francisco.

An earlier title, this shows Danielle Steel doing what she does best, telling a classic romantic story that transcends the hardships of war. Looking at how love overcomes all difficulties placed before it, the book is a great page turner, really ensuring that the reader is invested in the characters and their plight. In 1986 it would also be made into a six-part mini-series of the same name, one starring Cheryl Ladd in the lead-role as Liane DeVilliers. 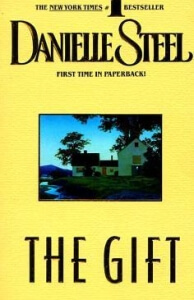 Set in a seemingly idyllic American small-town in the 1950s, an otherwise happy home is shattered by a tragic series of events. A child dies a senseless death, leaving a couple’s marriage to slowly fall apart, followed by a stranger turning up in the town; a young and beautiful woman. She then embarks on a passionate love affair with another young man there, and it is a love that is transformative to all those around them.

Whilst there are sadder moments, it’s the romance that ultimately shines through here, resonating with the reader. Giving a sense of hope and idealism, it’s a well crafted story with some strong characters, staying with its audience long after they’ve put the book down. With a powerful message at the heart of it too, it’s one that balances the tender moments just right, never losing itself to sentimentality at any point. 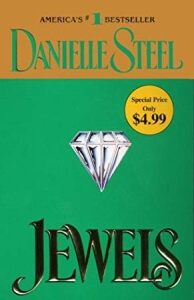 It’s the seventy-fifth birthday of Sarah Whitfield, and she is reminiscing back to the 1930s in New York when, for just one year, she was married, leaving her distraught at the end of it. Following this she marries the duke William Whitfield whilst in Europe, as he gives up his distant right to the throne to be with her. That’s when the Second World War strikes, which sees William heading off to fight, leaving her at home to look after their child, as the two of them must then struggle to survive after their château is occupied by Nazis. Following the war they invest in jewels, starting a business, as the wealth and company is handed down through the generations, with the family pushing through the hardships.

Telling an inter-generational story that spans across the decades, this is perhaps one of Steels most beloved stories to date. With an enormous sense of scope and scale, it’s an ambitious novel which looks at the many difficulties a family faces, and the bonds that ultimately bind them. Casting a strong selection of characters who really shine through on the page, it’s an excellent and highly immersive novel from the bestselling author, one that would later be turned into a miniseries for NBC in 1992.

Best Authors To Read If You Like Danielle Steel:

Jackie Collins: Writing high-end melodramas in a similar style to Danielle Steel, English author Jackie Collins was well known for her romance novels. With a searing wit, she would take a look at the goings on behind the red carpet, examining the real-lives of the rich and the famous in a raunchy and highly entertaining manner. Over the course of her career she would also see a number of her works being adapted for film and television, as well as becoming a celebrity in her own right.

Barbara Taylor Bradford: The British-American novelist Barbara Taylor Bradford is a bestselling author worldwide, bringing in scores of readers with each new release. Largely focusing on romance, with her work typically following the structure of a woman rising up from humble beginnings in the world of business, her formula has proven to be hugely successful. Many of her novels have also been produced for film and television, such as the mini-series ‘A Woman of Substance’ in 1985.

Nora Roberts: An American author of romance novels, Nora Roberts has produced an extensive backlog of work over her long and illustrious writing career. Going under the pen-name of J.D. Robb as well, she is also well known for writing her ‘In Death‘ series; a collection of stories set in the future combining thriller and romance. Gifted in the art of suspense, she can build tension effectively, keeping the reader constantly glued to the page throughout.

Nicholas Sparks: Largely known for writing extremely effective tearjerkers, Nicholas Sparks is an American novelist with his own distinctive brand of romance fiction. With his own unique formula, his books tend to follow the route of a tragic love story, which is a template that has proven to be enormously successful for him. Many of his books have been adapted into films for the big-screen too, such as ‘The Notebook’ in 2004, and these have also become massively successful.

Barbara Cartland: A British novelist of romance titles, Barbara Cartland was known for being one of the most prolific authors of her generation, selling around one billion books during her lifetime. Mostly specializing in 19th century era romance novels, she would also write under her married name of McCorquodale, as well as her pseudonym Marcus Belfry. Some of her work would also be adapted into television movies, such as ‘Duel of Hearts’ in 1991, all the way back to 1979 with ‘The Flame is Love’.

The B&N Podcast – Danielle Steel: Speaking directly with the author herself, this provides a fascinating window into the creative process of Danielle Steel. Informative not just for fans of the novelist, but for those interested in writing in general.

Tell Me More – Danielle Steel: Giving a brief look into the life of Danielle Steel, this hears from the author herself once again. Whilst it’s short, it’s also succinct and to the point.

That Book – Danielle Steel: Taking an entertaining and in-depth look at her work, the hosts break-down the stories of Danielle Steel. Easy going, it’s extremely informative and knowledgeable.