As a writer of contemporary romance novels, Debbie Macomber is a leading American author of women’s fiction and literature. With her titles being adapted for television on numerous occasion, she’s become a household name for many, being a recognizable brand name that’s trusted around the world. Represented by many of the big-name romance publishers, including Harlequin, she has continually proven herself to be a reliable bestseller, with her award winning novels selling internationally. In short, inspirational romance wouldn’t be what it is today without the work of Debbie Macomber, and she’s even branched out into children’s literature as well, showing just how versatile she is.

Always with a strong voice, she would push her way into the industry, ever since she was first criticized in the extreme and rejected by Harlequin’s editors. Taking her debut to their rivals Silhouette instead, she would immediately be published with her 1983 stand-alone title Starlight. This would then pave the way for a long and illustrious career, as she would follow this up with a number of stand-alone romance titles the following year, with Girl Like Janet, and Undercover Dreamer to name a few. It would be in 1988 that she would begin the ‘Legendary Lovers’ series with Cindy and the Prince, as well as the Navy collection with Navy Wife. She would then go on to create a number of series, including ‘The Manning Sisters’, ‘Those Manning Men’, and ‘Orchard Valley’ to name just a few.

Inspirational, Macomber has a style that not only entertains, but elevates, with her direct and uplifting style. Writing books on women for women, she’d often look at friendships and the lasting positive impact that they could have on an individual. This, along with her annual seasonal Christmas titles, which she started in 1986 with Let it Snow, is why she’s become a firm fixture on the bookshelves of many. There’s been made-for-TV films adapted from her work too, with six books being turned into movies, along with a television series of her ‘Cedar Cove’ series of novels. Winning awards too, including the RITA in 2003 for The Christmas Basket, she’s had many noteworthy inclusions over a particularly stellar career.

These are, in my own personal opinion, the best books from Debbie Macomber, ranked in order of top five: 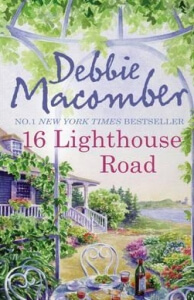 Looking for a divorce through the Cedar Grove family court, Judge Olivia Lockhart denies Cecilia and Ian Randall’s request. This causes some commotion with the local Cedar Grove Chronicle, but Olivia feels it’s for the best and that they still love each another. Meanwhile the daughter of Lockhart is set on marrying a man that Olivia feels is too old for her; a decision which wont be taken lightly.

This would be the first book in the Cedar Grove series of books, and would also pave the way for a television adaption of the series from the Hallmark Channel. A good natured story that’s easy to pick up, it’s an exemplary novel for anybody looking to get into Macomber for the first time. The characters were relatable, and the story really drew me in, as I definitely felt its world come to life. 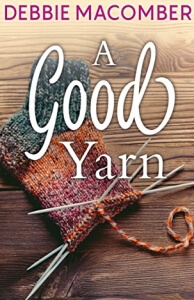 Ever since it’s been open, the shop ‘A Good Yarn’ has been a huge success for Lydia Hoffman, but her happiness is about to be disturbed after the ex-wife of her partner, Brad Goetz, turns up. Returning with Aurora, Elise Beaumont’s daughter wants a relationship with her father Brad, which complicates things. Then there’s the rest of the knitting group and their issues, including Bethanne Hamlin and her divorce, along with Courtney Pulanski, a depressed and overweight adolescent, as they all come together through their love of knitting.

The story itself is a good-natured and inspirational read, with a lot of passion in the story-telling, as all the characters are well developed. I felt a strong connection with each of them throughout the novel, and really related to them and their plights, as the motivations were extremely well established. This is something that Macomber does very well, as she knows exactly what it is that drives her books, paying attention to every single detail each step of the way. 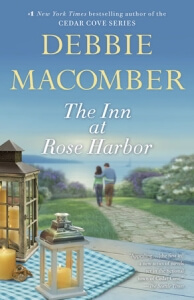 Taking over the Rose Harbor Inn, Jo Marie Rose instantly feels at home here, adapting straight away to her new environment. Caring for his now ill stepfather, Joshua Weaver is one of her two guests, as he’s returned home, only to find that love can bloom in most unlikely of places after meeting an old acquaintance. Then there’s the other guest, Abby Kinkaid, as she’s reconnecting with her family after an accident, with Cedar Cove offering all of them refuge.

This would be the introduction to the Rose Harbor series of novels, which is itself a spin-off of the Cedar Cove franchise. This would be another heart-warming series from Debbie Macomber, with it being easy to read, and a lighthearted and uplifting tale. The location itself is a character, and one that would become hugely prominent as the novels go on, with Cedar Cove and the Rose Harbor Inn taking precedence for each of the visitors. 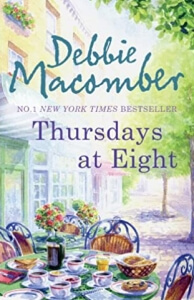 Meeting every week on Thursday’s at eight on the dot, Karen, Claire, Elizabeth, and Julia meet up to share the events of their lives. Recounting everything that’s been happening to them, they speak of an unexpected pregnancy, and a painful, difficult divorce. It’s here that they provide one another with empathy and understanding, helping each other overcome their various hardships and issues.

Offering a slice-of-life seen through the prism of a women’s social group, there’s a lot I felt I could relate to here. With them gathering together to share their outlook on life, it manages to convey how long-term friends communicate with one another. Reading the story, I came to feel I knew each of them personally by the end of it, as it conveyed a sense of familiarity and warmth throughout. 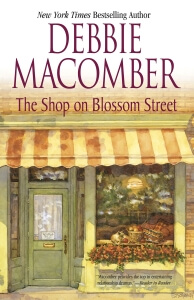 Four women come together to create baby blankets during a knitting class, as they meet up at a newly opened Seattle yarn shop. It’s here at ‘A Good Yarn’ they find more than just knitting though, as they create bonds stronger that fabric, building friendships that will last a lifetime. Starting the knitting class in the wake of surviving cancer, Lydia Hoffman meets her three soon to be best friends; Alix, Carol, and Jacqueline.

Opening up the Blossom Street series of novels, I really enjoyed the discovery of a whole new world, especially as I was learning about it alongside the main protagonist. It was a nice cozy novel that Macomber wrote with love and care, along with her passion for knitting which was evident throughout. Where many other novels may fall into cliché with this material. Macomber excels, whilst avoiding the many pitfalls, and creating something real and genuine for the reader.

Best Authors To Read If You Like Debbie Macomber:

Susan Wiggs: Largely writing contemporary romance and historical novels, American novelist Susan Wiggs is an important author for many. She’s produced scores of long-running series, with her readers continually coming back for more time-and-time again. Whilst she achieves mass-appeal, her books remain unique to her, as she clearly has a distinctive voice of her own that remains evident throughout.

Nicholas Sparks: The name of Nicholas Sparks has become synonymous with a certain brand of fiction for a number of readers. An American author, he’s mastered the tragic love story, guaranteed to draw a tear from even the most hardened reader. This also rings true for many of his film adaptations, most notably seen in ‘The Notebook’, which many still look to as being a prime example of the romance genre.

Robyn Carr: American romance author Robyn Carr is notable for her Virgin River novels, gaining her critical acclaim from all quarters. Making the genre very much her own, her work is inspirational to many, uplifting through her words and her stories. The characters she creates remain with the reader long after they’ve put the book down, which goes some way towards accounting for the worldwide success she’s achieved.

Mary Kay Andrews: The pen-name of one Kathy Hogan Trocheck, she’s a highly regarded American author of best-selling romance fiction. Creating plenty of novels under this particular pseudonym, she’s brought in readers from across the world. She’s also adept at mystery novels too, having produced a number of them over the years, clearly showing her versatility as a writer.

Charles Martin: Charles Martin is an American novelist who’s made a name for himself writing uplifting and inspirational fiction. Producing stories of characters who persevere, he’s been able to carve his own idiosyncratic niche within the industry. This has led to his books being adapted by Hollywood, such as ‘The Mountain Between Us’ which came out in 2017.

The B&N Podcast – Debbie Macomber: Starting out as a novelist in the late seventies, Debbie Macomber would go on to become a household name. Here she recounts her life and career, and how she came to be a writer.

The Modern Motherhood Podcast – Debbie Macomber: God Makes a Way: Here Debbie Macomber talks about her day-to-day life and faith, giving an insight into how she writes. Providing a more general view of her life as an author, it’s an interesting look at her and her novels.

GSMC Book Review Podcast – Debbie Macomber: The two hosts look at the work of Debbie Macomber and what it is that they enjoy about it. With insightful opinions, it’s a fun and entertaining show.