Highly regarded for her novels set during the Victorian era, Jane Austen was a British writer who’s synonymous with the aristocracy back then. Warmly funny and engaging, she would create many iconic characters and stories, plenty of whom remain relevant to this day. Her books, which have seen numerous adaptions, are intelligent social satires of the time, with a lot to say.

Entertaining and compelling, she’s inspired countless writers, setting a style that many still imitate, as her novels documented her time and the people in it. Her books broke down the institution of marriage and what it meant for social standing while examining women’s role in society at the time.

Producing six novels throughout her literary career, Jane Austen was a pioneer of the early Victorian era, with her biting satire of the day. Writing short stories and poems as a young child, she’d cast an ironic eye on the world around, bringing out her first full novel, Sense and Sensibility, in 1811.

This release would establish her as an influential writer of the time, quickly following this up with Pride and Prejudice in 1813, further cementing her reputation as a literary great. Her work was seen by many as one of the significant transition points for English literature as they critiqued the already established sentimentalism, moving into the territory of realism. There would also be posthumous works of literature produced, the first of which was Northanger Abbey in 1818, and then Persuasion later that year.

There have been numerous adaptations of Austen’s work over the years, with plenty of films, plays, and shows inspired by her work. Her name has become synonymous with a distinctive style, that being the Regency romance, leading to countless parodies and homages, including sequels and conclusions to her unfinished novels.

From Ang Lee’s literal 1995 film adaptation of ‘Sense and Sensibility,’ to television serials, and even a zombie parody, with 2009’s bestselling Pride and Prejudice and Zombies. All this goes to show just how much Austen has now become embedded in the cultural lexicon. While she may have received moderate critical acclaim during her lifetime, her legacy lives on, featuring many notable highlights.

For my own personal top five novels from the overall career of Austen, which I have ranked as such: 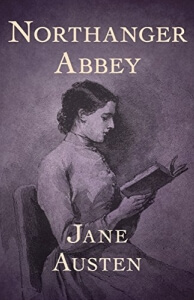 Fond of reading Gothic novels, the young seventeen-year-old Catherine Morland is the tomboy daughter of the country clergyman and one of ten children. Spending vacations at Northanger Abbey in Bath, she continually finds herself getting into a series of scrapes and misadventures. Passionate about Gothic romance novels, she misunderstands the true nature of love and what it means.

Working as a light-hearted satire of the Gothic novels of the time, Austen has fun with the form here, showing her wit and good humor. It also still has plenty of time to create a well-told story amidst all this, with a decent message at the heart of it all, giving it a real sense of weight and heft. Many tend to overlook this book, but it’s worth reading, as I thoroughly enjoyed it on every level. 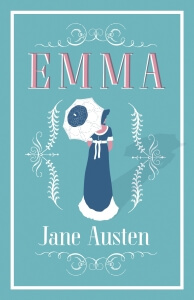 Regularly playing matchmaker to those around her, Emma Woodhouse is both beautiful and wealthy, spending her time attempting to organize others’ lives. Living in a sleepy little English town called Highbury, she feels she always knows what’s best when it comes to her friends and family. At just twenty-one years of age, she feels she’s got it all laid out and understood, that is until she takes at her own romantic life and finds it sorely lacking.

Emma is a classic tale of the hubris of youth, told with warmth and wit. The protagonist, who Austen stated she alone would like, gained a lot of sympathy from me too as the novel progressed. Giving Emma a strong character arc, there’s plenty of social satire lurking underneath, with many wry observations on the social classes at the time. Going on to inspire countless interpretations, it’s a smart and engaging novel with a strong sense-of-humor and plenty of compassion. 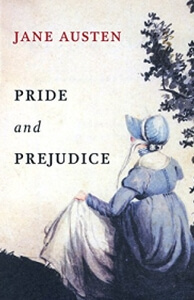 Located in rural England during the earlier part of the nineteenth century, this sees Elizabeth Bennett clashing with Mr. Darcy. Tackling class and social-order, they must overcome the obstacles of the day, as they each play sparring partners to one another. With romance surrounding many of the novel’s characters, it looks at the inhibitions surrounding them and how they must deal with them in keeping with the times.

For many, these characters are iconic staples of Victorian romance, referenced and paid homage to throughout popular culture since. It’s easy to see why though, as they’re each strong and resonate on their own merits, standing out and leaving an impression on the reader. The story allowed me to feel as if I was there, despite it being another time, as the descriptions were so vivid and accessible. 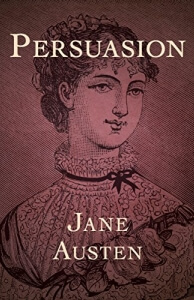 Eight years prior, Anne Elliot and the naval officer Frederick Wentworth got engaged and were a happy couple for quite some time. That is until her friend Lady Russell advises her to break it off, seeing the relationship as unfit. Now, at twenty-eight years of age, Wentworth has returned home once more, having become a wealthy success as a sea captain, as Anne feels regret. With the Elliot family on the brink of financial ruin, it seems the two are to be reunited once more. Still, they must overcome everything that happened previously.

As a social satire, this shows Austen doing what she does best, looking through a forensic lens at society and the class structure’s rigidity. Persuasion would be the final novel that Austen released, with the book itself published posthumously, while the character of Anne herself was one of Austen’s most adult. The story moves along at a brisk pace. There are some very well thought out observations that still ring true today, along with plenty of strong characters throughout the novel. 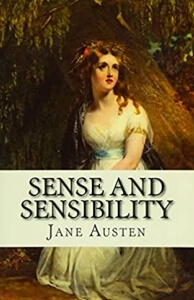 Impulsively falling in love with the dashing John Willoughby, Marianne Dashwood is subject scorn and gossip from the high-society of Victorian-era England surrounding her. Warned by her sister Elinor against it, the two of them together navigate the various pitfalls of balancing the social class system with romance and love. Elinor herself must contend with her disappointment with her romantic life, being somewhat more reserved and ‘sensible’ than Marianne. They start to realize they both need to balance sense and sensibility in equal measure.

This book is great as a document of high-society of the time, as Austen casts a humorous light on the social rigmarole of the day. Never being judgmental, she develops all her characters as real people, as they never become stand-ins for what she’s trying to say. The language used is also rich and vivid, making this one of my personal favorites from Jane Austen as an author.

Best Authors To Read If You Like Jane Austen:

George Eliot: Going by the pen-name of George Eliot, British author Mary Ann Evans is a crucial literary figure, being one of the leading writers of the Victorian era. Looking to escape the stereotypes that typically hounded female authors at the time, Evans sought to break away from this using Eliot as her pseudonym. Under this name, she’d write all-time English classics such as Middlemarch, which many see as one of the greatest British novels. Covering issues surrounding the era’s historical events, it used realism to convey its many themes and ideas.

Charlotte Bronte: One of the famous Bronte sisters, as a British writer Charlotte Bronte is known for her romance critiquing many social issues of the day. Placed alongside Jane Austen, her novel Jane Eyre is often referenced in the same breath as Austen’s Pride and Prejudice as being at the forefront of the genre. Moving Victorian literature of the time in a new and exciting direction, she pushed boundaries, both with the themes she portrayed and the language she used.

Charles Dickens: As a social critic of the Victorian era, Charles Dickens would write with a strong sense of presence and determination. It’s easy to see why he’s said to be one of English literature’s all-time greats. Dickens’ name became synonymous with Victorian London, detailing the period’s startling working conditions. Writing classics such as ‘Great Expectations’ and ‘A Christmas Carol,’ his novels have left an imprint quite unlike any other. They will continue to inspire the world over.

Elizabeth Gaskell: A British writer renowned for her novels examining society’s social strata at the time, Elizabeth Gaskell was a key literary figure during the Victorian era. Looking at the contemporary attitudes and mores of the period, she was a gifted writer, producing several books alongside fellow writer Charles Dickens. Many of her novels have been adapted for television, leaving behind an enduring legacy as her work lives on.

Winston Graham: Writing numerous thrillers, historical novels, and short stories, British novelist Winston Graham wrote both fiction and non-fiction. His literary career spanned most of the twentieth century. Many of his novels would also reach the big-screen, such as the 1964 film Marnie. He would also create the Poldark series of novels, a historical series set in Cornwall. It would later see itself adapted for television on several different occasions.

The History Chicks – Jane Austen: Providing a straight-forward look at Jane Austen from a historical angle, this is both entertaining and informative. The hosts make it easy to listen to and accessible, presenting in a fun and engaging manner.

Beyond Belief – Jane Austen: This takes a look at the life and times of Jane Austen from a religious perspective. Examining her philosophy through her work, it delivers an interesting angle that’s usually otherwise unexplored.

Legacy: the Artists Behind the Legend – Jane Austen: Providing an insight into the life of the author, this is an informative and entertaining show. With some preamble first, it does deliver a solid episode looking at the history of Jane Austen as an important literary figure.