What does it take to make a great mystery book? Is it the detective or investigator themselves? Is it the mystery and how hard it is to solve? Is it the crime and how badly you want it to be solved? Is it the plotting or the characters?

This list below is anything, but the worst though. I combed through all of the books released in 2020 and made a list of my very favorite mystery books of the year. Here’s what I came up with.

This list is the best mystery books that were published in 2020: 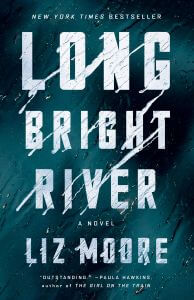 See at Amazon 5: Long Bright River: A Novel by Liz Moore A Philadelphia neighborhood is rocked by the opioid crisis which puts two sisters at odds with eachothre. Kacey lives on the streets, struggling with addiction. While her sister Mickey walks the same blocks as a policewoman. The two aren’t close and they don’t speak, but Mickey has never stopped worrying about her sister.

When Kacey disappears at the same time that a string of murders have been happening in the neighborhood, Mickey becomes obsessed with finding her sister, and the person responsible, before it’s too late.

The story alternates between this modern day story between the girls and the story of the childhood of the two woman as children. A moving story of sisterhood, addiction, and the ties that bind together family. 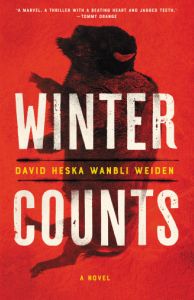 See at Amazon
4: Winter Counts: A Novel by David Heska Wanbli Weiden Virgil Wounded Horse is the local enforcer on the Rosebud Indian Reservation in South Dakota. He is the guy that people call when justice doesn’t come from the legal system or the tribal council. He delivers his own punishment that his hard to forget.

When heroin makes its way into the reservation and finds Virgil’s nephew, things get very personal for him. He enlists his ex-girlfriend to help him find out where the drugs for coming from and sets out to put a stop to them.

The search takes them to Denver where they find that the drug cartels are growing and making new, terrifying alliances. As Virgil starts to put the pieces together, he realizes that he must face up to his own demons and reclaim his Native identity. 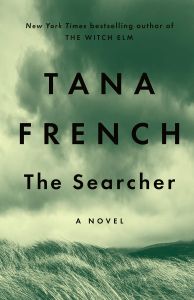 See at Amazon 3: The Searcher: A Novel by Tana French If French releases a new novel, there is a pretty good odd that she is going to end up on some best of the year lists. She is one of the greatest crime writers alive and her novels are always something that should be celebrated.

Cal Hooper buys a fixer-upper in an Irish village as an escape. After year sin the Chicago police force and a divorce, he’s ready for a fresh start and a new life in a new place. He’s ready to leave the investigating behind. However, when a local kid comes to him asking for help investigating his missing brother, Cal has to agree.

As Cal investigates, he finds that the small, picturesque town has a deep layer of darkness beneath it. He’s used to life and corruption in the big city, but now he starts to realize that even small towns shelter dangerous secrets. 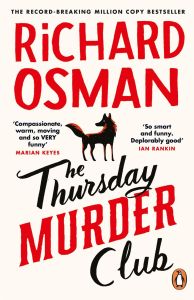 See at Amazon 2: The Thursday Murder Club: A Novel by Richard Osman A lot of times the best mysteries of the year end up being dark, gritty thrillers with detective that are rough around the edges, but this book is a major exception. The story is wildly entertaining and features four septuagenarians sleuths.

As the bodies began to pile up, the unorthodox group of seniors will team up with a female cop on her first big case to try and catch the killer before it’s too late.

I’ll be honest – this one took me awhile to win me over. Probably over the halfway mark. But then it all just clicked and I fell in love with it. Such a quaint book, and I was jumping for joy when I heard Richard was writing a sequel. Feels like he has barely scratched the surface with these characters and it gave me strong Gamache vibes. 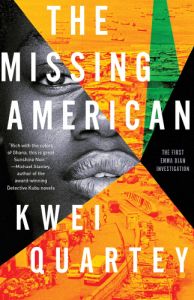 See at Amazon 1: The Missing American by Kwei Quartey Emma Djan had dreams of rising through the police ranks like her father, but those dreams have since crashed around her. When the police force doesn’t work out, she takes a job with a private detective agency that takes on cases of missing persons, theft, and infidelity. It is far from the job she imagined having, but she knows it’s her best option.

Gordon Tilson, a middle-aged widower in Washington, DC, finds solace in an online community after his wife’s passing. He meets a young Ghanaian widow that he grows to care about and help out. When the woman’s sister gets into a car accident, he sends money to help to the horror of his son, Derek. Then Gordon decides to go and visit his love interest – and disappears.

Derek fears for his father’s life and hires Emma to investigate. The two of them travel to Ghana where the two find themselves deep in a world of sakawa scams, fetish priests, and those willing to kill to protect their secrets.

And Now She's Gone by Rachel Howzell Hall: Isabel Lincoln is gone, but is she missing? That’ll be up to Grayson Sykes to find out. However, she is reluctant to to track a woman down who may not actually want to be found. As she uncovers the secrets about the woman’s life, her search becomes more complicated and dangerous.

Snow: A Novel by John Banville: This is a fun novel as Banville experiments with the Agatha Christie format, but then breaks from it in a major way. Detective Inspector St. John Strafford is investigating a murder in a town where the Catholic Church rules everything. The tight knit community doesn’t want to help him out and the weather outside isn’t cooperating with him much either. He’ll have to work fast to solve the mystery before the secrets of the town obliterate everything.

The Last Flight: A Novel by Julie Clark: Claire Cook has a perfect life to everyone on the outside, but at home her husband has quite the temper. What he doesn’t know is that Claire has made plans to vanish. Her plan is coming to fruition when she heads to the airport and meets a woman with equally dire circumstances. The two of them make a pact to switch tickets and start their new lives. When the other woman’s flight crashes, Claire realizes that she can start a new life as this other woman. Only problem is, she doesn’t realize the secrets she was hiding.

The Devil and the Dark Water by Stuart Turton: Turton’s The 7 1/2 Deaths of Evelyn Hardcastle was a great read when it came out and his follow-up was another great mystery. The book takes place in 1634 when the world’s greatest detective is being transported to Amsterdam to be executed for a crime he may, or may not, have committed. Pipps is locked up on a ship, leaving his bodyguard Arent and a guest named Sara. When a strange voice appears on the ship, promising three unholy miracles: an impossible pursuit, an impossible theft, and an impossible murder. With Pipps locked up, it’s up to Arent and Sara to solve the mystery that now threatens to kill everyone on board.

All the Devils Are Here: A Novel by Louise Penny: The latest entry in the Chief Inspector Gamache series is a great place to jump into the series. This story sees Chief Inspector Armand Gamache investigating a sinister plot in the City of Light as he investigates secrets that his own godfather has kept for decades.