The ‘Inspector Gamache’ series of novels is written by the Canadian author Louise Penny.

Based in Quebec, Chief Inspector Armand Gamache is a creation of the Canadian thriller writer Louise Penny, who has been publishing his mysteries for some time now. Highly iconic, there’s fifteen books in the series so far and counting, with him being Penny’s sole franchise. Taking place in the village of Three Pines, Gamache solves various case files there, typically involving murders that take place. The books themselves are fairly gentle in their approach to the genre, as they largely forego sex and violence in place of a calmer alternative.

This isn’t to say that they don’t still create tension though, something which Louise Penny is extremely gifted at building ever since the first book in the series, Still Life, written in 2005. Working on the Surete du Quebec police force, Gamache operates in the provincial regions there, dealing with any and all murder mysteries. A native French speaker, he studied for a degree in History, attending Christ’s College in Cambridge, which is also where he learned to speak fluent English. The books themselves are primarily character driven, as Penny finely balances each of their personalities alongside the mysteries throughout the series. It is also through the history of Canada that the reader learns about each characters’ distinct personality traits, finding more about the region and who inhabits it.

Whilst Penny has previously held back on many television adaptations of her work, she eventually oversaw the filming of her novel Still Life for CBC TV in 2013. She would also sell the rights to her second 2007 novel A Fatal Grace, which she would also oversee as executive producer. Winning many awards, such as the Agatha and Anthony Awards, she is not without critical acclaim either, reaching the top the of the New York Times bestseller list on numerous occasion. This has all led to a number of popular highlights throughout the series, some which really do stand out from the rest.

These are the top five Inspector Gamache titles in my own personal opinion: 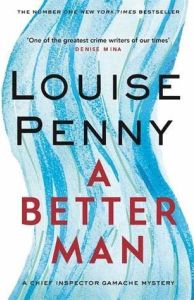 Arriving back at work in the midst of a flood that has thrown the entire province into chaos, Gamache resumes his position working as head of homicide, before taking on the case of a missing daughter of an upset father. Putting himself in place of the worried parent, he lets his empathy get the better of him, focusing on finding the girl, Vivienne Godin, all whilst others feel his attention should be elsewhere. Criticized across social-media, he vows to find her and bring peace of mind for the father, which is when a body is discovered nearby, all leading to mistakes occurring during the tumult.

Giving Inspector Gamache an even deeper sense of character here, it feels as if we really know him by now, especially with this being the fifteenth novel in the series. Seeing the world of Three Pines through a different lens too, this time being during the midst of a flood, it’s really fleshed out showing a different side to the characters. The mystery itself is also solid and well paced, delivering it at no cost to character development, keeping the reader constantly guessing throughout. 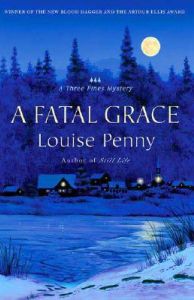 Whilst others are planning for another carefree and family oriented Christmas season in Three Pines, there is one preparing for the less traditional fare of murder. Nobody seems to like CC de Poitier, not even her husband, and it is when she’s electrocuted upon the frozen lake in full view of everyone during a curling tournament that fingers are pointed. Such an ingenious method of murder means Inspector Gamache really does have a challenge on his hands when tasked with finding the killer.

A clever and fun entry into the Inspector Gamache series, this novel expertly sets the scene in what is just the second title. Whilst many of the characters have already been developed in the book prior, Penny builds on that, taking it in new and exciting directions. Amidst all this at the heart of the book is a well told murder mystery that leaves nothing out, really delivering on the characters and its premise. 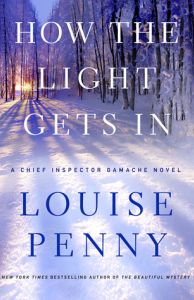 Christmas is fast approaching again, but within the festive lights and snowfall Inspector Gamache feels more alone than ever, as all his friends seem to have disappeared. That’s when he gets a call from his friend Myrna in Three Pines and, heading back there, he discovers the friend of Myrna has vanished. Now trying to find not only the few remaining alliances of his still loyal colleagues, Gamache must also investigate what happened to the missing friend.

Continuing on from the previous books, this is a strong entry that also manages to bring in a self-contained mystery. Working both strands between developing the overall arc of the series, and the story itself, Penny jumps between the two with expert precision. Immersing the reader in the world of Gamache, it feels as if you’re really there, with characters and a story you’re fully invested in. 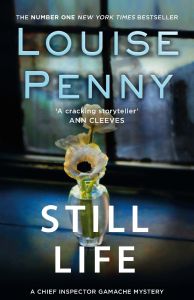 It appears to be another idyllic morning in the small village town of Three Pines, Quebec, and everyone is waking, all except one person. Discovered in the nearby maple woods, much loved community member Jane Neal is found dead with an arrow in them, leaving everyone shocked. Looking behind the rural small-town idyll is one Inspector Gamache, as he intends to get to the bottom of who is truly guilty.

A great opener to the series, this is the first Inspector Gamache book, perfectly setting up his character and world. Drawn into the story from the very beginning, it wastes no time in getting straight into the heart of the mystery, entertaining the reader from the outset. With a whole host of colorful locals too, there’s plenty to appreciate here, as each of the townsfolk has their own distinctive personality, which is fun to discover for the first time. 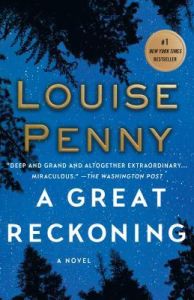 An old map has been found within the local Three Pines bistro, and, as it’s Inspector Gamache’s first day in his new job, it’s gifted to him. The map itself seems to hold many secrets and mysteries though, leading to the discovery of some bodies, along with a copy of the map. Soon a new investigation is underway, with nobody being above suspicion, including Gamache, as he knew one of the people discovered with the map; a police cadet named Amelia.

A fun and inventive mystery that brings in elements of adventure, this is a great read that simply flies by. The characters themselves are all intricately drawn and it offers everything you’d want from a good solid mystery novel. There is a real connection between all the members of the community too that shines through on the page, and, with this being the twelfth book, is something that’s more than evident for long term fans of the series.

Best Books & Series To Read If You Like Inspector Gamache:

Inspector Morse: A classic detective series, this is regarded as almost an institution of sorts, with Chief Inspector Endeavour Morse being a highly popular character. Written by the British novelist Colin Dexter, it would see Morse working with the Thames Valley Police department, often alongside his partner Inspector Lewis. Famously portrayed by John Thaw in the long-running ITV television show, he’s become an icon that many still recognize to this day.

Hercule Poirot: Another classic series of mysteries novels, the Hercule Poirot franchise is one of British writer Agatha Christie‘s most beloved creations. Similar to Inspector Gamache, he speaks French, coming from Belgium, an accent that makes up part of his ever iconic image along with his distinctive moustache. With a long-running television series and number of films produced from the novels too, there’s plenty of high-quality mysteries to enjoy here.

Vera Stanhope: Written by the British writer Ann Cleeves, these well observed and equally well crafted mystery novels are clever and entertaining. Following Detective Chief Inspector Vera Stanhope, the series sees her working and operating in the north of England; a lone individual following her own rules. Realistic and grounded, the television series is also much loved, with it having run on ITV for nine seasons now, starring Brenda Blethyn in the lead-role.

Maisie Dobbs: These period mystery novels set from 1910 to 1929, written by the British writer Jacqueline Winspear, feature the private investigator Maisie Dobbs. Taking place in England, they begun in 2003 and have been going ever since, with fifteen titles in the series so far and counting. Well plotted character driven mysteries that pay close attention to detail in regards to the historical setting, they flow extremely well in this collection of witty and intelligent stories.

Dublin Murder Squad: For something with a bit of a tougher edge to it, readers can’t go wrong with Tana French‘s Dublin Murder Squad series of novels. Now having been adapted for television too, with the first two titles being produced by the BBC for an eight part series, she has never been more popular. That success is well deserved too, as her stories are finely crafted, with a deep psychological understanding of each and every one of her characters.

But That’s Another Story – Louise Penny: Looking back at books that have inspired her, Louise Penny examines the stories that gave her a love of reading. She also breaks down how they’ve influenced her and her work in this illuminating interview.

10 Minute Writer’s Workshop – Louise Penny: A brief, but highly informative interview, this sees Louise Penny speaking directly about her craft. It’s a definite must for fans, or anyone else interested in writing as a profession.

In the Studio – Louise Penny: This looks at where the inspiration for the character of Inspector Gamache himself came from. It also looks at the writer’s block in Louise Penny’s own life, and how she overcame it.