The Chief Inspector Armanda Gamache series by Louise Penny is one of the most beloved mystery series of all-time. The series began in 2006 with the release of Still Life. That book ended up winning multiple awards including the New Blood Dagger award, Arthur Ellis Award, the Dilys Award, 2007 Anthony Award, and the Barry Award. Each novel in the series has gone on to similar success, winning crime-writing awards.

The series is written by Canadian author Louise Penny. She had a unique path to writing as she studied radio and television at university and then went on to n 18-year career as a radio host and journalist with the Canadian Broadcasting Corporation. Penny struggled with alcohol during her career with the constant travel and loneliness that comes with it, but found her way to sobriety. A few years later, she left the CBC to take up writing. She originally tried her hand at writing historical fiction, but ended up switching to mystery writing and her first novel was Still Life.

The Inspector Gamache series follows Gamache, the head of the homicide department of the Sûreté du Québec. The series holds many similarities to the classic British whodunit genre with plenty of suspects, red herrings, and a dramatic reveal of the murderer in the last few pages of the book. The series is often praised because it contains no sex and little violence. These books are a kinder, gentler version of crime fiction and often have themes of love and friendship, belonging and hope, and kindness.

A lot of that speaks to the main character of Gamache himself. His beliefs are positive, but unfashionable. He is positive about the world and believes that light will banish the shadows and that kindness is more powerful than cruelty. More than the murder mysteries, the character of Gamache and his positivity is what brings readers coming back to this series.

Finding good books with a positive character like Inspector Gamache can be hard, but I’m here to help. This article should point you in the right direction of some great books and series that will give you those same feelings that the Inspector Gamache series gives you. 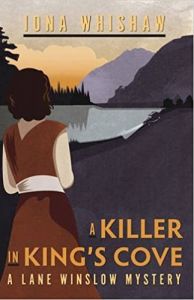 See at Amazon It’s hard to ignore Penny’s Canadian heritage and how it appears in her work. The same can be said about Iona Whishaw, another Canadian, and her Lane Winslow Mystery series.

The first book in the series was released in 2016 and is called A Killer in King’s Cove. The story takes place in 1946 when a former intelligence officer named Lane Winslow heads to King’s Cove in British Columbia to settle down. It is a small town filled with characters and she feels like she may be able to make a home here and put the past behind her. When a body is found murdered, Lane will work with local inspectors to investigate. However, the investigation turns up facts that she has tried to keep secret.

The series has earned praise and comparisons to Louise Penny as well as authors like Jacqueline Winspear and Kerry Greenwood. 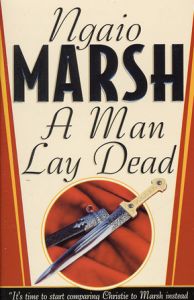 The first book in the series is called A Man Lay Dead and focuses on a weekend party where they are playing a detective game called The Murder Game, but it ends up being all too real real when someone turns up dead. The Murder Game was popular at English parties at the time of Marsh’s writing which lead to her writing her debut novel.

While the first book doesn’t focus as much on Roderick and focuses more on Nigel Bathgate, it is still a great introduction to a book series that ended up with thirty-two novels in the series. The book series was adapted for television in the earlier 1990s in the UK and was known as Alleyn Mysteries. The first episode was based on A Man Lay Dead with some minor changes. 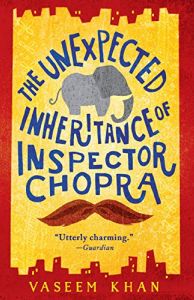 See at Amazon Vaseem Khan’s series about a Mumbai based detective reminds of Penny’s Gamache quite a bit. The author has a real affection for the lead and Mumbai which shows through in the pages. Even the though the series often deals with violent crimes and corruption, it manages to stay heart-warming throughout.

The series begins with The Unexpected Inheritance of Inspector Chopra. The book begins with Inspector Ashwin Chopra retiring, but he finds himself drawn into two unexpected mysteries on his last day. The first death is of a young boy, but nobody seems to want the mystery solved. While the second is that of a baby elephant. Chopra will search for clues around Mumbai and his investigation will lead to the suspicion that there is a lot more to this case than he had previously imagined.

Like Penny, Khan has an interesting backstory for his writing career as he went to work as a consultant in India and saw an elephant lumbering down the middle of the road. It was the most unusual thing he had seen in his life and eventually lead to this book series. 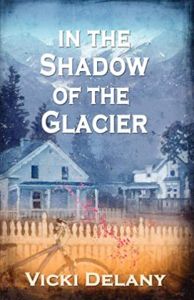 See at Amazon This is another cozy mystery book series by a Canadian author. The first book in the series is called In the Shadow of the Glacier and lead to Delany receiving the 2019 Derrick Murdoch award from the Crime Writers of Canada.

In the Shadow of the Glacier takes place in the mountain town of Trafalgar, British Columbia. The story starts with an American who came to Trafalgar years ago in order to dodge the Vietnam War who has willed some land and money to the town. The man has left specific instructions about what to do with the money: the tow must build a garden that honors draft dodgers. The request tears the town apart and things get worse when one of the people opposing the garden turns up dead.

Rookie Constable Molly Smith is assigned to assist veteran Detective Sergeant John Winters with the case, but he doesn’t want her help. Smith’s mother is a life-long activist and is the leader of the group who wants the park. Regardless of how well they get along, the two will need to work through the secrets of this small town to find the killer.