For many the character of Sherlock Holmes needs no introduction, with his ever iconic look fitting into the pantheon of all time great literary detectives. Solving cases alongside his companion the doctor John Watson, he’s regularly found sporting a deerstalker hat and a pipe, giving him his ever distinctive look. Equally known for his attention to detail too, he had an almost superhuman level of deduction, instantly spotting clues everywhere he goes. Taking place during the Victorian era, this being the time they were written, they’d be set in London, which would become a character in of itself, instrumental to much of the action.

Spanning across a total of four novels and fifty-six short stories, many of them being put into various collections, the career of Holmes would pave the way for the detective genre. His first appearance would be in the 1887 novel A Study in Scarlet, followed by a series of short-stories, which would appear in ‘The Strand Magazine’ of the time. He would later follow this up in 1890 with the novel The Sign of the Four, along with The Hound of the Baskervilles being serialized between 1901 and 1902 in The Strand. The final novel would come out between 1914 and 1915, again in The Strand, it being titled The Valley of Fear, along with five short-story anthologies. Famously living in Baker’s Street in London, the stories would have many recurring and notable characters, including his notorious nemesis the Professor James Moriarty, along with Irene Adler appearing in the short-story ‘A Scandal in Bohemia’.

Over the years Sherlock’s seen various incarnations on-screen, both in film and television, from Basil Rathbone and his films from 1939 onwards, to Benedict Cumberbatch and his 2010 series ‘Sherlock’ for the BBC. The stories, which are now in the public-domain, have been incorporated across a variety of different mediums, from films and radio, to anime and video-games. Regarding the official canon, this is seen as Doyle’s original work, which is often overseen by Holmes devotees, such as ‘The Baker Street Irregulars’ group. Creating a strong and lasting legacy with a worldwide fandom poring over the stories to this day, the books continue to inspire the detective genre, which will carry on for generations to come.

These are my own personal rankings of the top five books from the original Sherlock canon: 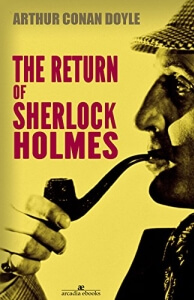 Collecting thirteen Sherlock Holmes short-stories, this would be the third anthology to be released featuring the eponymous detective. Originally published between the years of 1903 and 1904, this would be serialised in ‘The Strand Magazine’, having already gained a wide audience. It would be a follow-up to ‘The Final Problem’, which was previously released in Memoirs of Sherlock Holmes, bringing back the much loved character for more cases.

Whilst I did consider ‘The Sign of the Four’ here for it’s character development, including Watson falling in love and getting married, this anthology always felt better in terms of the stories themselves. Despite Doyle previously stating that he was finishing with the character, the passion is clearly more than evident here, with a collection of highly compelling mysteries. It also provides one of the biggest mystery arcs to date, showing the interplay between Doyle and his fans positively influencing his work. 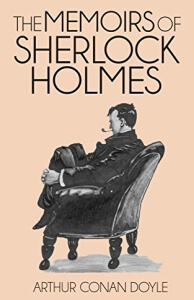 Comprised of the short-stories released between December 1892 and December 1893 for ‘The Strand Magazine’, this would be the second Holmes anthology to be published. Bringing together twelve stories, it would contain a number of important inclusions, perhaps most notably with ‘The Final Problem’. This would be the last story in the book, and it would feature the now famous scene at the Reichenbach Falls, which has since become a Swiss tourist hotspot for Holmes fans worldwide.

There are many moments in this that really do exemplify what it is about Sherlock’s character that makes him beloved by so many. Whilst it was intended to be the final series of stories, putting the character behind him, reader demand for him to be brought back was so great, that Doyle subsequently released another series the following year. This is some strong story-telling, though, as stories turns from being a detective series into the realms of the mythic, creating a long and lasting legacy. 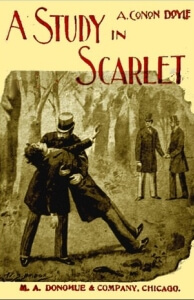 Returning from the war in Afghanistan, Dr. John Watson meets Sherlock Holmes for the first time, after they become flat-mates at 221 B Baker Street. Then there’s a murder at Lauriston Gardens which the detective Holmes must solve using his amazing deductive skills as a detective. This leads Watson to follow along intrigued by the case, taking note of Holmes reasoning and mental prowess, as a long-term friendship is slowly formed.

This would be the first story published featuring the eponymous detective, setting up much of the mythos that was to come. Creating one of the most compelling creations of literature to date, it is a testament to Doyle’s skill as a writer, in that Sherlock is portrayed as being unlikeable, yet so intriguing at the same time. The friendship at the heart of this is also brilliantly realised, and it’s easy to see why this has become one of the most enduring partnerships of all time. 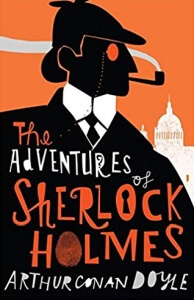 See at Amazon#2: The Adventures of Sherlock Holmes (1892)

Consisting of twelve short-stories written and published between July 1891 to July 1892, this would be another early anthology of the stories serialised in ‘The Strand Magazine’. It would feature the classic ‘A Scandal in Bohemia’, which would see Sherlock meeting Irene Adler, someone he’d come to consider his intellectual equal. Conan himself would include his own favourite Sherlock short, which was ‘The Adventure of the Speckled Band’, which provides an early example of the ‘locked room mystery’ subgenre in action.

As a collection of short-stories from the world of Holmes, these are some excellent early examples of the detective genre. Providing observations on various social injustices of the day too, these are timely stories with a moral center, that continue to stand out. Submitting what Doyle believed to be twelve of his best Holmes stories, they’re each classics, continuing to inspire mysteries for generations to come. 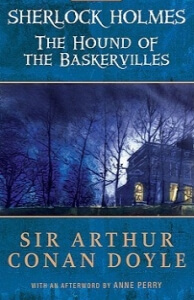 A terrifying legend lurks upon the dark and gloomy moors of Devon, one that whispered of the aristocrat Hugo Baskerville getting his throat ripped out by a demonic dog after trying to dispose of the body of a young woman there. Now it appears that another Baskerville has been hit with the family curse, after Sir Charles Baskerville is discovered dead in the park near his family manor, with a hound’s footprints found leading away. Could the legend be real, or are there other forces at play here, as Holmes and Watson are called upon by Dr Mortimer to help discover the truth?

This is probably one of the best known Sherlock stories, and, perhaps, the best known mystery story to date, going down as almost folklore in of itself. The story is a compelling one, regardless of whether the reader knows the outcome already, as it really does evoke a darkened sense of atmosphere. Bringing out the more Gothic horror elements of the detective genre, it would establish many interesting themes and ideas that continue to stand the test of time, and will do so for years to come.

Best Books & Series To Read If You Like Sherlock Holmes:

Hercule Poirot: Taking the lead from Arthur Conan Doyle and Sherlock Holmes, British writer Agatha Christie would go on to create the equally iconic Belgium detective Hercule Poirot in 1920. Releasing ‘The Mysterious Affair at Styles’, she would publish thirty-three novels, fifty short-stories, and one play featuring the famously moustached investigator. Adapted into various incarnations over the years for the screen both large and small, many different actors have also come to portray him, all bringing their own personal slant to the character.

Philip Marlowe: Giving the detective genre a harder edge, the American author Raymond Chandler would become a pioneer in the genre with his Philip Marlowe series. Taking the stories into the realm of noir, his hard-boiled books would take from early detectives such as Holmes, along with other writers in his field, including Dashiell Hammett and his Sam Spade character. Combining dark and twisting mysteries seeped in a rich atmosphere, Chandler’s wordplay was also something to be admired, whilst also paving the way for many influential film-noir adaptations of his works too.

Miss Marple: Another series from Agatha Christie, this would focus on her elderly character of Miss Marple; a senior single woman spending her retirement working as an amateur sleuth. Shrewd and intelligent, she never lets anybody get the better of her, solving mysteries from her home in the fictional British village of St. Mary Mead. It would also be adapted numerous times over the years, both for film and television, helping to pioneer the subgenre that is now known as the ‘cozy mystery’.

Inspector Rebus: Written by the Scottish novelist Ian Rankin, the Inspector Rebus novels would be a modern, gritty take on the detective genre, being set in and around Edinburgh. Combining police-procedurals with the hard-boiled, Rebus is known for being old-fashioned in his outlook, yet progressive in his ideals, applying himself to his work in an astute and intelligent fashion. Very much of Scotland, the plots are innovative and creative, taking the format into places it wouldn’t traditionally venture into.

Phryne Fisher: These fun and entertaining mystery novels are by the Australian writer Kerry Greenwood, as she would write the first in 1989 with the release of ‘Cocaine Blues’. Featuring the high-achieving aristocrat Phryne Fisher, the stories themselves are set in the late 1920s, as she solves various cases from her home in St. Kilda, Melbourne. Living in high-society, these period set novels are extremely well crafted, with a television series adaptation coming out in 2012 starring Essie Davis in the lead-role.

The Great Detectives of Old Time Radio – Sherlock Holmes: Plenty of the older Sherlock Holmes films and radio shows are now in the public-domain, many of which have been included here. Including the likes of Basil Rathbone and Orson Welles, these are some of the most iconic Holmes portrayals and adaptations of the stories to date.

History Honeys – Sherlock Holmes: Taking a look at the history of Sherlock Holmes as a character and his place in modern literature, this goes over his development from the start. Examining the author himself, the hosts break-down who he is and how he came about, in this fun and informative show.

Adapt or Perish – Sherlock Holmes: Whilst this might be a somewhat smaller podcast, the show is impressive in its knowledge and scope on the subject. Looking at the many adaptations of Sherlock Holmes over the years, it’s an extensive examination of the many different iterations of the character and how they fare.