As a mystery novelist, the writer Dan Brown is highly regarded worldwide, with his stylized conspiracy thrillers taking in themes of religion and secretive orders. Largely focusing on his well loved Robert Langdon series of novels, much of his writing career has centred around the eponymous Harvard professor who specializes in symbology and iconography. Finding himself involved in a number of different global conspiracies, typically featuring shadowy arcane organisations, Brown’s formula has proven to hugely successful with readers from all backgrounds. Prior to his main series picking up momentum he would write two stand-alone titles, the first of which would be his debut novel Digital Fortress released in 1998. Then, in 2000, he’d release the first in the Langdon series titled Angels and Demons, followed by another stand-alone, Deception Point, in 2001.

It would be in 2003, though, that he would release the bestselling novel The Da Vinci Code, making his mark as a household name. Breaking a whole number of records at the time, the book would go on to become a worldwide success, as well as starting off the film adaptations starring Tom Hanks in the lead-role. Both would be directed by Ron Howard, with The Da Vinci Code being premiered in 2006, and Angels and Demons coming out in 2009, along with interest being expressed in developing The Lost Symbol for the big-screen as well. There’s also plans to produce a television series of Digital Fortress too, as Brown’s work continues to expand and evolve.

Winning numerous awards, Dan Brown has received a variety of plaudits for his work, mostly for The Da Vinci Code, which made a large impact since its initial release. Prior to becoming a novelist Dan Brown worked as a musician, mostly creating synthesizer effects, along with his own albums, one of which was called ‘Angels and Demons’, which he’d release in 1994. This would help shape much of his writing career to follow, which would feature a number of highlights that continue to be celebrated to this day.

My own personal top five novels in the career of Dan Brown are as follows: 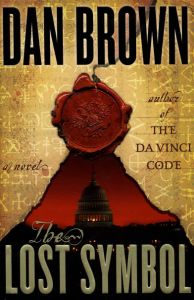 All set to deliver an otherwise ordinary lecture, Robert Langdon comes into contact with an ancient object that’s been encoded with five different ancient symbols. Then Peter Solomon, a mentor to Langdon, is kidnapped, leaving Robert to follow the trail of arcane clues in the hopes of finding him. Traversing a hidden world beneath Washington DC, time is of the essence, as a religious order dating back centuries aims to keep the past in the past.

The third book in the Robert Langdon series, following on from The Da Vinci Code, this is more of what readers have come to know and love the franchise for. Not missing a beat from the previous title, it delivers on its premise, moving along at a fast and rapid pace, giving the audience exactly what they want. A fun and entertaining story, Robert Langdon carries the narrative with the same verve as before, allowing the reader to jump straight back into his world. 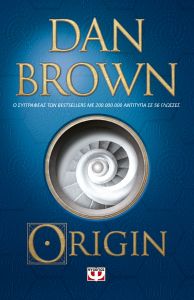 Attending a major event at the Guggenheim Museum in Bilbao, Robert Langdon awaits the announcement of a discovery that will apparently change the face of science forever. That’s when chaos strikes, and it appears that the secrets that were being unveiled may now possibly be lost forever, as Langdon just about manages to escape. With the help of Ambra Vidal, the director of the museum, they must now both travel to Barcelona on the trail of a hidden religious order, uncovering clues, and staying out of harm’s way, in their race to discover the truth.

Whilst this has a similar formula to what came before in the Robert Langdon series, Dan Brown has perfected it here, making it his own. Clearly having fun with the format, it’s become a style that is now unique to him, carrying the story along at a brisk and casual pace. It’s a book that’s easy to pick up, yet difficult to put down, as the questions it constantly poses are always gripping and compelling. 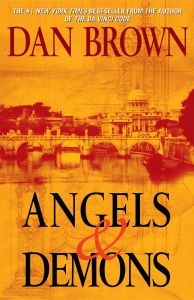 Summoned to Swiss research facility, Robert Langdon must uncover the truth behind a murdered physicist there with a symbol burnt into his chest. This then leads to revealing a centuries old feud between the Catholic Church and the Illuminati, as the Vatican is under threat from a ticking time-bomb. Joining up with Vittoria Vetra, the two of them must work together to follow the clues and discover the truth before it’s too late.

Marking an early foray into the world of Robert Langdon, this would be a great introduction point into the writing career of Dan Brown for many. Combining conspiracy thriller with a passion for arcane history, it never short-changes the reader when it comes to providing entertainment. Moving along at a fast pace, it would keep the reader guessing, allowing them to submerge themselves in a shadowy and secretive world. 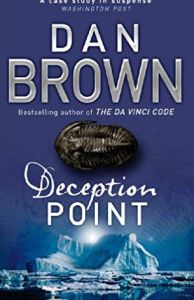 Deep beneath the Arctic Circle a rare and valuable discovery has been made by NASA satellites, leading to Rachel Sexton being deployed there to investigate. Sent by the White House along with a team of analysts, she’s accompanied by Michael Tolland, a scholar well versed in the field. What they discover, though, could prove to be far more controversial then they ever expected, as evidence of a scientific hoax threatens to shake up the entire world.

Taking many of Dan Brown’s now trademark story flourishes, this is an engrossing and highly entertaining global thriller. With conspiracies that draw in institutions from all across the world, the ideas are once again fun and inventive, keeping the reader hooked throughout. The characters are also firmly established, with the interplay between Tolland and Sexton being well drawn in an engaging manner. 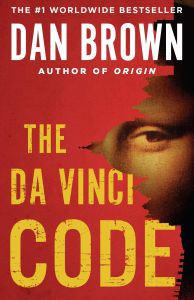 The body of the Louvre curator has been discovered covered in symbols and iconography, as Harvard professor Robert Langdon is called to the scene during his Paris stay. Following a trail of clues scattered throughout famous works of art, Langdon is accompanied by Sophie Neveu the French cryptologist. On his trail, though, is a dangerous individual seemingly at the bequest of a shadowy organisation, and it is up to the two of them to uncover the conspiracy before it’s too late.

This should come as no surprise really, but there’s a reason why this is one of the bestselling books of all time. Finishing every chapter on a question and cliffhanger, it’s a solid pot-boiler that really knows how to enthral and entertain the reader. There’s no doubt that Brown knows what his audience are looking for, and he delivers it with expert precision, not wasting any time.

Best Authors To Read If You Like Dan Brown:

Umberto Eco: Comparisons are often drawn between the work of Umberto Eco and Dan Brown, as they both like to concern themselves with similar subject matter. With a background in academia too, he definitely knows and understands the material as well, giving it all an extra layer of authenticity. Featuring story elements such as the ‘Knights Templar’ and ancient orders, it’s a must for any fans of Brown looking to dive further into the world.

Michael Crichton: A highly popular writer during his peak, many will know him for his film adaptations, including ‘Jurassic Park’ and ‘Westworld’. These have gone on to enjoy huge acclaim, as he writes massively entertaining pot-boilers that keep the reader glued to the page. There’s themes of corporate conspiracies often underlying his work too, which also relates to the novels and films of Dan Brown.

Katherine Neville: Reaching a bestselling status worldwide, Neville’s novels have been translated into over forty different languages, gaining her international recognition. Much like Eco, she has also had similarities drawn between her work and Brown’s, with her stories of ancient prophecies from BC times. Exciting and exhilarating, she really knows how to maintain the suspense, effectively marking out a niche of her own, which has been referred to as the ‘millennial thriller’ by some.

Alan Jacobson: His Karen Vail thriller series has massive commercial appeal, as Jacobson has often referred to writers like Crichton as the source of his inspiration. Dealing with the FBI on a first hand basis, his stories have a high degree of authenticity too, with mysteries that are similarly compelling to that of Dan Brown’s. Books like ‘The Lost Codex’ would also draw upon similar ideas, with ancient orders looking to cover up secrets from centuries prior in vast global conspiracies.

Richard Sapir: Looking at secret organisations working outside the confines of known society, Sapir would often take journeys into the murky world of conspiracies. Mainly known for his ‘Destroyer’ series of novels, these would mostly feature detectives operating within these shadowy worlds. Brooding with atmosphere, the novels of Sapir are ideal for anyone wanting to get lost in a conspiracy of global proportions.

The B&N Podcast – Dan Brown: Talking about art and his love of history, Dan Brown sits down to explain where he gets his ideas and how his stories came to be. Providing a fascinating insight into his inspirations, this really does give fans a clear insight into his work.

The Dan Brown Code: Whilst this does take a somewhat skeptical look at the career of Dan Brown on the surface, the hosts are entertaining in breaking down their love of his novels. Irreverent and fun, it leaves nothing out, as it provides a ‘brutally honest’ analysis of why and how Brown’s pot-boilers work for contemporary readers.
Link

This is Success – Dan Brown: This time more business oriented, the show looks at the career of Dan Brown in terms of success and how he’s made his name. Analysing the brand that Brown has established for himself, this offers a unique breakdown of how he has become such a huge name throughout the publishing industry.