Set in Washington D.C., Alex Cross is a former FBI agent and psychologist, working as and when he’s needed. Created by the novelist James Patterson, he’s a man who plays by his own rules, which may sound fairly standard for the thriller genre, but it’s the way in which he’s handled that’s different. Standing apart from other similar detectives and investigators, he’s an empathetic and compassionate individual, coming across as a fully rounded character. Approaching 28 books in the series so far and counting, he’s gone on to strike a chord with readers worldwide.

The first book out in the series was the novel Along Came a Spider in 1993, which would also be made into a film starring Morgan Freeman in the lead role in 2001, having previously played him in the 1997 adaptation of Kiss the Girls. Cross would also later be portrayed by Tyler Perry in the 2012 film ‘Alex Cross’. Winning the Audie Award in 2017 for his novel Cross Justice, Patterson has reached bestseller status all over the world with his much loved thrillers.

There are also numerous Alex Cross audiobooks too. Over the years this has seen him continue to develop, with many recurring characters and love interests, such as Bree Stone, and Maria Cross, his ex-wife who died before the series began. This has seen him grow, with many highlights throughout the franchise.

This is, in my own opinion, what I think the top five books in the Alex Cross series are: 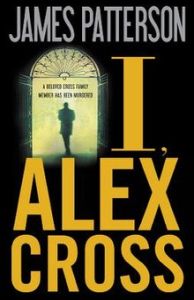 Hitting close to home for Detective Alex Cross, a relative of his is brutally murdered, as he finds out that she was entangled in one of Washington D.C.’s wilder scenes. Uncovering this with his girlfriend Detective Brianna Stone, they immerse themselves in the darker, seedier side of the city. Following the trail, Alex soon finds evidence within the conspiracy that could shake up the entire world as he knows it.

Using snappy action and a fast, fun pace, this is a thriller that exemplifies some of the best that the series has to offer. Whilst it may be the sixteenth title in the franchise, it still feels fresh, maintaining the tone of what’s come before it. Settled in to a routine now, Patterson is clearly enjoying himself here, delivering a top-shelf thriller that’s enjoyable for both fans of the series and the genre. 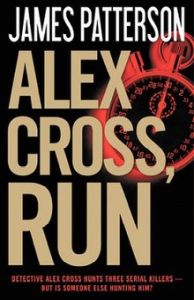 Running illicit parties filled with drink, drugs and underage girls, the top plastic surgeon Elijah Creem is secretly living another life, that is until Detective Alex Cross breaks up an event bringing him to justice. Following that, there appears to be a spate of murders happening all across Washington D.C., leading Cross to believe that there might be a series of killers on the loose. Lurking in the shadows during all this, it also seems that someone might be investigating Cross, as it soon transpires that his life is in danger.

With a multitude of threads going on, Patterson never once loses sight of the main plot central to the book. Focusing on Alex Cross, it sees him venture in to a web of lies and deceit, putting him up against the clock to thrilling effect. Keeping the action fast paced, with its short snappy chapters, it really is a page turner, showcasing some of the best of the series and the genre. 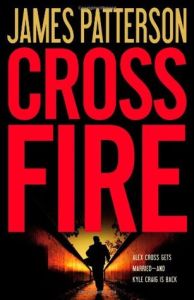 Disrupting the wedding of Alex Cross and Bree, he must this time deal with a murderer who is killing corrupt politicians in Washington D.C. With a congressman and lobbyist now dead, people are asking whether it’s the work of a vigilante or hero, as FBI agent Max Siegel is put on to the case; something Cross must also contend with. That’s when an old and deadly adversary turns up informing Cross that him and his family are in danger, as the clock’s ticking to find the culprit once more.

Being book seventeen, this is definitely an entry showing James Patterson in his stride with the series. Whilst many of the characters have already been well developed, this is the work of a writer who is obviously confident with his material. Showing in the story itself, Patterson focuses on the case in hand, providing a straightforward and highly effective thriller. 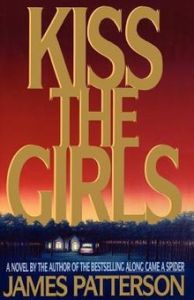 A murder in Los Angeles where a reporter on the trail of a killer is killed, whilst in North Carolina a medical intern is also abruptly murdered. Both a large distance apart, but Alex Cross believes they’re connected, as he goes about putting the pieces together. It seems that there’s two killers on the loose, only now they’re working together, collaborating their efforts in their deadly spree.

With it’s brutal action, this is one title that’s that’s definitely not for the faint hearted, as it sweeps you up in to its dark and shadowy world. Tightly plotted and evenly paced, it builds the momentum effectively around its central conceit of two serial-killers working side-by-side. Knowing exactly when to pull his punches and when to pull back, this second title in the series easily gives the first a run for its money. 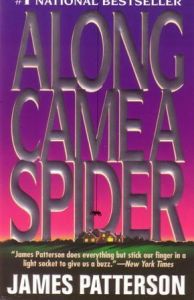 With a serial-killer previously wreaking havoc, including a missing young girl, and a family brutally murdered, it appears that Gary Soneji has now been captured. Now, though, it seems that he wants to commit the most horrific crime imaginable, and no bars can stop him. It is up to Alex Cross and Secret Service supervisor Jezzie Flanagan to stop him, all whilst trying to hide their secretive affair from prying eyes, as the killer plays a game with them.

The first book in the long-running series is a high-point for the franchise, providing one of his most thrilling stories to date. Bringing together everything that a good thriller should, it’s easy to see why this continues to be a fan favorite for so many. Testing the character to his limit, this is a great starting point for the series, not only in that it’s the first book, but in that it perfectly sets the scene for what’s to come as well.

Best Books & Series To Read If You Like Alex Cross:

Alan Gregory: Set in Boulder, Colorado, Dr. Alan Gregory is a clinical psychologist who finds himself embroiled in various cases. Whether it’s getting in to the mind of a killer, or untangling a conspiracy, he uses his wits and insight into the human mind to help solve the mystery. Written by American author Stephen White, these thrillers are filled with suspense, featuring a protagonist that could really give Alex Cross a run for his money.

Karen Vail: Solving cases for the FBI, Karen Vail is a profiler, getting in to the minds of killers in this grim and gritty series that isn’t afraid to shine a light on some of the darker aspects of the trade. Praised by real-life FBI agents for his realistic portrayal of the job, Alan Jacobson really excels with this intricately woven thriller series. Much like Alex Cross, she’s an astute and hardened individual with a keen eye for detail, as well as having an understanding of the darker aspects of the human psyche.

Alex Delaware: A forensic psychologist, Alex Delaware is the creation of American writer Jonathan Kellerman, as he assists the LAPD detective Milo Sturgis in solving cases. Previously working as a child psychologist, he has a sense of empathy, caring for the vulnerable, as well as a concern for the well-being of children. Coming from a tough background, he has a sense of compassion, making him driven in his search for bringing about justice.

Harry Bosch: Working with the L.A. Police department, detective Harry Bosch is a Vietnam veteran who served as a ‘tunnel rat’ during his time overseas. With a shrewd mind, he uses his skills learned whilst serving to help solve his cases, working with the FBI for some time. Dealing with his own personal issues as well, he goes on to become part of the ‘Hollywood division’ in homicide, solving various cases with the LAPD, before working as a Criminal Defense Investigator.

Will Trent: A special agent with the Georgia Bureau of Investigation, Will Trent is a hard-working individual from a tough background. Working alongside Faith Mitchell, his problem solving skills are unparalleled, whilst simultaneously hiding his dyslexia from those around him. An excellent series with a realistic protagonist at its center, the novels of author Karin Slaughter are a must for anyone with even a passing interest in the genre.

The B&N Podcast – James Patterson: Looking back at the career of James Patterson, this interview with the author himself provides a compelling insight into how the Alex Cross series came to be. Covering all his novels, this offers fans a first-hand account of what went in to making the character and many others.

Fully Booked by Kirkus Reviews – James Patterson and Gerda Saunders: Getting to the heart of what drives James Patterson as an author, this interview provides a great overview of his writing process. Giving more of a general analysis of how he writes, it’s a great window into how he creates his characters and his stories.

HBR IdeaCast – Bill Clinton and James Patterson on Collaboration and Cybersecurity: Although this doesn’t focus on the Alex Cross series so much, it’s a short interview with the author and former US president Bill Clinton. Looking at how they came to write the thriller novel ‘The President is Missing’ together, it offers a summary of their collaboration and the ideas behind the story.