A bestselling American novelist, Tami Hoag has become a household name for many with her thriller and suspense novels. Bringing romance into her work too, she really knows how to establish a very real grounded presence within her stories. It is her use of suspense that many have also taken note of, as she manages to keep her readers on the edges of their seats. Originally working primarily in romance, she has since shifted into thrillers, and her popularity has only grown since then.

Writing her first book in 1988, Tami Hoag would publish her debut novel titled The Trouble With J.J.. It was a romance story, as she’d begin her career publishing a number of them through Bantam Books and their Loveswept Line. These would fast go on to become bestsellers, and it was clear that she had a gift for the form, appealing to scores of readers worldwide. Moving onto suspense, she’d publish Still Waters in 1992, which marked a major turning point in her writing career. Later she would also come to write the novel Night Sins, which would become the first in her Deer Lake series, published in 1995.

This would then see her work being adapted for the television, with ‘Night Sins’ being turned into a miniseries. In her spare time she does Dressage to help with her writing, something which she competed at a national level in. Attending a number of literary functions, including one hosted by Barbara Bush who invited her herself, Hoag’s brand is internationally recognized. Receiving awards for her work, such as the RT Book Reviews on numerous occasion, she’s an author who continues to have many career highlights.

Currently these are my personal favorites from the back-catalog of Tami Hoag so far: 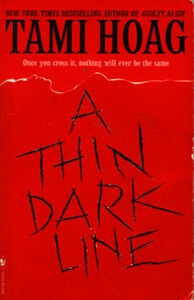 See at Amazon#5: A Thin Dark Line (1997)
Not afraid to push beyond the boundaries, Detective Nick Fourcade refuses to walk away from the case of a freed killer, despite being taken off for being suspected of planting evidence. Knowing the horrors that the killer has in store, Deputy Annie Broussard discovers the mutilated body of his last victim, having to listen to her dying wails, and now seeks justice alongside Detective Fourcade, who she doesn’t trust initially. Working together, Fourcade and Broussard head out into the night of Bayou Breaux, Louisiana, hoping to uncover the truth and finally bring the killer in.

A moody and atmospheric novel, this is a solid thriller from Hoag, conjuring up a rich and evocative ambiance. Setting the tone for her Broussard and Fourcade series of novels, it really manages to bring to life the world of the novels. Establishing the characters for the first time too, I could definitely feel the connection between them growing as the story progressed. 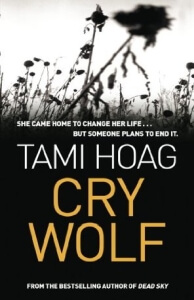 See at Amazon#4: Cry Wolf (1993)
The bodies of young women are turning up on the shores of the French Bayou in Louisiana, and now the killer has their eyes on Attorney Laurel Chandler. Hoping to silence her forever, the killer hopes to stop her in her pursuit for justice, despite Chandler being reluctant to return to her old obsession. Now in a deadly game with the killer, she must work against the clock, all whilst trying escape the trap that appears to be closing in around her.

As a classic game of cat and mouse, this really works with the genre conventions, pushing them in an interesting direction. Hoag definitely knows how to make the most out of her material, creating a rich atmosphere once again, in what is the third title in the Doucet series. I was constantly turning the page, trying to discover what would happen every step of the way, as I couldn’t put it down. 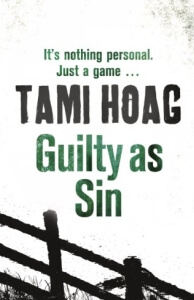 See at Amazon#3: Guilty as Sin (1995)
Playing games with a small terrified town, a deranged kidnapper is on the loose, with individuals disappearing at an alarming rate. Then a well known and highly respected member of the local community is accused of the crimes, before another boy goes missing. Now Ellen North must build up her case as prosecutor, believing the accused man has an accomplice, as she seeks to uncover the truth as to what’s really going on.

There was a lot of intrigue to this, and I was never sure what was going to happen next, as Hoag has definitely mastered the formula. The characters are all fully three dimensional too, with living breathing personalities, all their motivations feeling completely real. Underneath everything lay an interesting subtext, moving it forwards at a swift, exciting, and suspense fuelled pace. 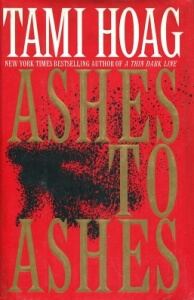 See at Amazon#2: Ashes to Ashes (1999)
Witness to a bloody ceremony within a hidden wooded area in Minneapolis, a killer is seen setting his victim on fire. Working with the witness advocate and former FBI agent Kate Conlan, they must know help Kate figure out what’s really going on, as the killer has her in their sight. Not only that, but she’s forced to work with the FBI profiler Special Agent John Quinn, as she needs to stop the killer before it’s too late.

There’s a lot riding underneath the narrative here, with not only an intriguing story playing out, but also a dive into a murky underworld filled with corruption. Slowly building up the suspense, it’s a gradual process, and one that Hoag handles expertly every single step of the way. The first in the ‘Kovac and Liska’ series of novels too, it manages to create a thrilling world for its characters to inhabit. 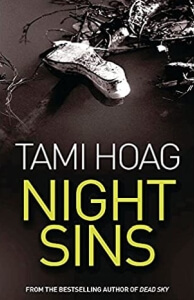 See at Amazon#1: Night Sins (1995)
A young boy disappears in an otherwise quiet town in Minnesota, shocking the residents there, and beginning an awful ordeal for his parents. There could be a killer on the loose, or maybe it’s a killer arising once again to inflict damage upon this otherwise idyllic community. Looking to bring the murderer to justice, they must work quickly if they want to retain the feeling of safety that the town once had.

The first in the Deer Lake series, this would also go on to run as a well received CBS television miniseries. It’s easy to see how it became so popular, with it’s thrilling story that manages be compelling, whilst also bringing in deeper issues at the same time. With an intriguing premise, Hoag really does deliver here once again, making it one of my favorite stories in her entire back-catalog.

Best Authors To Read If You Like Tami Hoag:

Jayne Ann Krentz: Writing both thriller and romance novels, the American writer Jayne Ann Krentz infuses her books with a high level of tension and suspense. Her success speaks for itself too, being a bestselling author worldwide, with her novels reaching audiences all over. Writing under different pseudonyms, she’s no stranger to genre either, with historical and science-fiction in her back-catalog of work as well.

Lisa Gardner: A true master of the craft when it comes to mystery, American author Lisa Gardner is unsurpassed in the field of suspense. Creating moody and evocative stories, she also inflects her work with romance as well, creating an interesting and unique style. You can definitely tell it’s one of her books when reading, thanks to her distinctive voice that speaks out directly from the page.

Jonathan Kellerman: Working as a child psychologist for some time, American novelist Jonathan Kellerman has a lot to draw from as a writer. Knowing his subject matter inside out, he really gets to the heart of what it is that he’s writing about, writing with a great deal of empathy and compassion. His stories are also extremely compelling, as his books become extremely difficult to put down, being highly addictive.

Karin Slaughter: With an eye for gritty realism, Karin Slaughter is a fellow American author, creating characters that stay with the reader long after they put the book down. Her ear for realistic dialogue is also noteworthy, as her protagonists feel natural, relating to the reader effortlessly. This tone has become something of a trademark for Slaughter, as she’s become a figure within the industry that many now view as an inspiration.

Harlan Coben: Highly entertaining, Harlan Coben is an American writer who really understands what it is that the reader wants. Bringing in plenty of twists and turns, they never feel contrived, as he uses the tropes of the genre to create something new, whilst remaining true to its roots. He knows how to have fun, never getting bogged down at any one point, as he enjoys a surprise twist that almost always manages to catch me off guard.

Author2Author – Tami Hoag: Speaking with the interviewer, Tami Hoag delves into what drives her as a writer. Giving some insight into her craft, it’s an illuminating interview.

Horsetalk – Tami Hoag: Talking about her Dressage here, this looks at her life outside of writing. While it may not be about her novels, it provides another side to the author.

Reading Cove – The 9th Girl by Tami Hoag: Picking apart her book The 9th Girl, this takes a dive into her work. Breaking down her story, the hosts analyze her novel in closer detail.