One of my favorite Sarah McLachlan songs is “Building a Mystery”. Her voice is so beautiful and the lyrics are so perfect. My only complaint about the song is that she says “building a mystery” instead of “reading a mystery”! Because whenever someone asks me what I’m doing on the weekend, I just want to tell them: I’m reading a mystery!

A great mystery is unlike any other book. You meet the characters, you meet the suspects, and then you try to solve the case in your head as you read the story. Sometimes I can figure it out pretty early. Other times, I’m left guessing until the last page. The funny thing is, both of these can still be great reads. Sometimes the solving of the mystery is the most important thing, sometimes you just want to vibe with the characters.

2017 kept me pretty busy with reading mystery books. A lot of them fell into the mystery-thriller category, but that’s just because that genre is so hot right now. They are just putting out some gripping, page-turning stories and it’s hard to make a list like this without including some.

This list is the best mystery books that were published in 2017: 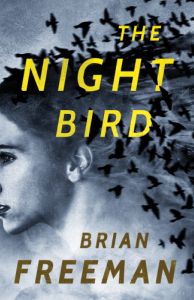 See at Amazon 5: The Night Bird by Brian Freeman The first book in the Frost Easton series introduced us to a homicide detective who doesn’t like coincidences. A series of bizarre deaths are occurring as random women are suffering violent psychotic breaks. His search leads him to a psychiatrist named Francesca Stein. The controversial therapy helps people to erase their most terrifying memories. It is a noble goal, but all of the victims of these bizarre deaths were patients of hers.

Easton and Stein each set out on their own investigations to discover the meaning behind these deaths. Someone calling themselves the Night Bird begins to taunt the pair with cryptic messages pertaining to the deaths. Frost will end up coming face-to-face with a killer who knows his worst fears as Stein deals with gaps in her own memory.

The body count continues to rise and the Night Bird gets closer, the two will team up to solve the puzzle before the killer strikes again. 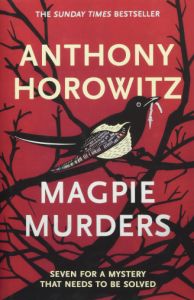 See at Amazon 4: Magpie Murders: A Novel by Anthony Horowitz The story begins as editor Susan Ryeland is given the latest manuscript of Alan Crowley. He’s a bestselling crime writer and the two have been working together for years so she has no reason to think that this book will be any different than the others. She knows his characters and his writing style well.

The books have proven to be very successful which gives Conway a certain amount of leeway as she puts up with a lot of troubling behavior from him.

The latest tale sees Conways’ protagonist investigating a murder at Pye Hall. There are the usual dead bodies and list of suspects, but the more Susan reads of this new novel, the more she’s convinced that there is another story hidden in the pages of the manuscript. A tale of real-life jealousy, greed, ruthless ambition, and murder. 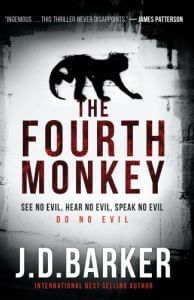 See at Amazon 3: The Fourth Monkey by J. D. Barker The Four Monkey Killer terrorized the residents of Chicago for five years. Police are relieved to have found his body, but they quickly realize that he was on his way to deliver a final message when he died. A message which proves he has taken another victim that may still be out there.

The lead investigator, Detective Sam Porter, knows that the killer is far from finished – even if he is dead. He discovers a personal diary in the killer’s pocket which takes him deep into the mind of a psychopath. As he tries to unravel a twisted history in order to try and find one last girl.

There is only a handful of clues left behind by the elusive killer and his identity remains a mystery. Time is running out to find the girl live as the Four Monkey Killer taunts them from beyond the grave. 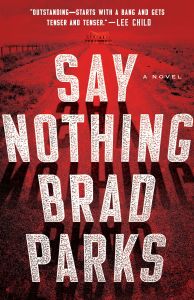 See at Amazon 2: Say Nothing: A Novel by Brad Parks Judge Scott Sampson isn’t one to brag, but he has a rather perfect life. He has a prestigious job, a loving marriage, and a pair of healthy children. Everything is going well for him until one phone call changes everything.

The call begins and it is every parent’s worst nightmare. Scott’s six-year-old twin boys have been taken and he is being offered a disgusting deal: rule in favor of a drug case that he is about to hear, or something terrible will happen to his children.

As if this wasn’t bad enough, the phone call is only the beginning of the nightmare for Scott and his wife, Alison. Blackmail, deceit, and terror are in their future, but through it all the couple will stop at nothing to get their children back. No matter what the cost. 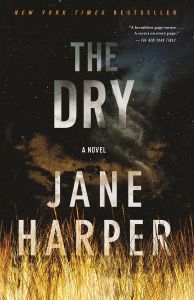 See at Amazon The Dry: A Novel by Jane Harper Federal Agent Aaron Falk returns to his hometown for the first time in decades to attend the funeral of his best friend, Luke. He makes the decision to attend after receiving a note that demands his presence.

Twenty years ago, Falk was accused of murder and his best friend was his alibi. Afterwards, Falk and his father fled town. They managed to avoid prosecution thanks to Luke’s steadfast claim that the boys had been together at the time of the crime. Now, Luke is dead and more than one person knows that they didn’t really tell the truth all those years ago.

After the funeral, Falk teams up with the local detective to question what really happened to Luke. Falk is trying to find out if there is more to Luke’s death than there seems to be as long, buried mysteries return to the surface, along with the lies that haunt them. He’ll soon find that small towns have hidden big secrets.

The Marriage Lie by Kimberly Belle: Iris and Will have been married for seven years and are living an idyllic life together. When Will leaves on a business trip to Florida, everything changes. A plane crashes on its way to Seattle, killing everyone on board, and Will was one of the passengers. Iris is confused and decides to look into why her husband was lying, and what exactly it was he was keeping from her.

The Late Show by Michael Connelly: Renee Ballard is a fierce young detective working the night shift in Hollywood, the Late Show, where she starts many investigations but finishes none as she’s always passing them off to the day shift. One night she catches a couple of cases that she’s just not willing to give up and, against orders, investigates them by day while maintaining her night shift.

The Smack: A Novel by Richard Lange : This novel reminded me a bit of Elmore Leonard in all of the best ways. Rowan Petty is a struggling conman who crosses path with a sweet-talking sex worker who is tired of the streets. The two find themselves with an opportunity for the score of a lifetime, two million dollars in army money stashed in an apartment. They decide to go for it, but end up heading straight into trouble.

Into the Water: A Novel by Paula Hawkins : Two women turn up dead in the river that runs through town and they aren’t the first. A fifteen-year-old girl is left behind, put into the care of her mother’s sister who left this place and promised herself that she would never come back. The deaths reveal a dark history and reveal secrets long submerged.

The Night Ocean: A Novel by Paul La Farge: Inspired by the lives of H.P. Lovecraft and his circle, this book sees a man named Charlie becomes obsessed with the life of H.P Lovecraft. Specifically, he is interested in the part of the writer’s life in 1934 when he lived for two months with a gay teenage fan named Robert Barlow, at Barlow’s family home in central Florida. What were they up to? Were they friends or something more? Charlie thinks he’s solved the puzzle when he disappears. The police believe it to be a suicide, but his wife doesn’t believe them and sets out to find out what really happened.