The Alex Cross series of books by the great James Patterson is one of the top selling book series of the past twenty five years. The series began in 1993 and set the tone for thrillers for years to come. The series has been a huge influence on nearly ever thriller that has came since and is one of the all-time great series in the genre.

Three books in the Alex Cross series have been adapted for film. The second book, Kiss the Girls, was made into a film in 1997 starring Morgan Freeman as Alex Cross. Freeman then returned as the character in 2001’s Along Came A Spider, based on the first book. The series was later rebooted and a new film, Alex Cross, with Tyler Perry as Alex Cross was released in 2012.

Kiss the Girls is the novel that debuted Alex Cross and is really the thing that started James Patterson on the way to becoming the author that we all know today. Patterson is one of the most successful authors of all-time and it all really started with this book. Patterson’s novels have sold nearly 400 million copies and he has held the Guinness Word Record for most number one best sellers on the New York Times Best Seller List.

The series begins with Along Came a Spider which introduces the reader to Alex Cross, a homicide detective with a Ph.D. in psychology. He’ll need both of those skills as he goes against everyone’s worst nightmare. Gary Soneji is a sadistic, evil killer who has outsmarted the FBI, the Secret Service, and the police thus far. It becomes not just a case of can they catch him, but can they find him guilty. The story can be brutal at times, but is ultimately rewarding.

There are few series that have quite the cultural impact of the Alex Cross series, but plenty that bring the same level of darkness and page-turning excitement. If that’s what you’re looking for, you’ve come to the right place. 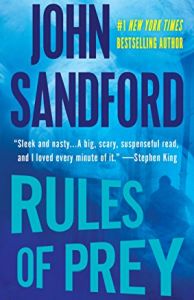 See at AmazonWhen I said at the top that James Patterson has been a huge influence on all of the thrillers that have come along since the release of Along Came a Spider, my mind was picturing this series by John Sandford. The characters aren’t the same and the settings are different, but the horror of the villains and the suspense of the story is quite similar.

The case that Lucas Davenport faces in the first book, Rules of Prey, is an incredibly dark one. There is a maddog murdered on the loose who is terrorizing the Twin Cities. The killer is as insane as he is intelligent. The killer does it for pleasure and takes a sick pleasure in messing with the police. Not only that, the killer takes pride in being one step ahead of law enforcement.

What the killer isn’t ready for though is Lucas Davenport being brought onto the case. He’s a serial killer’s worst nightmare and he doesn’t play by the rules. He does what it takes to bring down a killer. 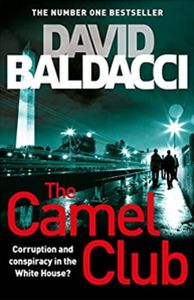 See at AmazonThe Washington, D.C. setting is something that really sets the world of Alex Cross apart. Being in the capitol of the United States and all of the drama that comes with that is an area that is ripe for great storytelling. James Patterson was aware of that when he wrote the Alex Cross series and David Baldacci is well aware of it with The Camel Club series.

The Camel Club is the first book in the series. The title refers to a group of conspiracy theorists in Washington who are looking to uncover something big. The group studies conspiracy theories, currents events, and the machinations of government in order to try and discover the truth about what is really going on. They usually don’t come up with much, but then they witness a murder that brings them into a major conspiracy.

The Club will need to team up with a Secret Service agent in order to confront an event that could trigger a world war. The only thing that stops this potential apocalypse level event is the Camel Club. 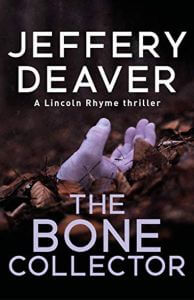 See at AmazonOne of the great things about the Alex Cross series is the breakneck pace and this book definitely matches it. It’s incredibly hard to put down and keeps the reader guessing until the final pages. Much like Alex Cross, it does get quite dark at times and is not for the squeamish.

The story follows Lincoln Rhyme, a brilliant criminologist, who was left physically and emotionally shattered by an accident. The accident left him paralyzed and he struggles to find any reason to go on, but his mind is still as sharp as ever and now he’s called in by the NYPD to consult on an usual case. For the chase he’s called in for, he will need all of his forensic genius to stop a diabolical killer.

Rhyme teams up with police detective Amelia Sachs to do what he can’t at the crime scenes as they follow a path of clues that lead them into a dark chapter in New York’s history. The two will need to go deep into the mind of this madman even as they know he won’t stop until they stop him. 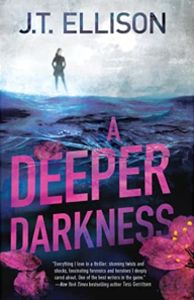 See at AmazonSamantha Owens is a workaholic medical examiner. She works so hard in a futile attempt to hide her grief from the loss of her husband and children. Her job is to make sense of death, but she is unable to do so when it comes to her own family.

Then one day she receives a phone call from Washington, D.C. that changes everything. The call is from an old boyfriend’s mother who is wanting her to do a second autopsy on her son. Eddie Donovan, the victim and ex-boyfriend, is thought to have died from a carjacking, but Samantha’s investigation says otherwise. What she finds is a much darker story.

Eddie was murdered, but not for his car. Once again, Samantha finds herself coping with the loss of someone she held feelings for. Now, she will bury herself in the case and Eddie’s old notes. The story she finds is one where no one is innocent, but in order to make sense of it all – she’ll have to put herself in the crosshairs.