A journalist, novelist, and Pulitzer Prize winning author, John Roswell Camp, aka John Sandford, is an American writer who’s very much become a firm fixture of the literary establishment throughout the twentieth century. Working as a features reporter and daily columnist through the late seventies and early eighties, he was well known for his insight, especially in his work on Native American culture, which gained him a Pulitzer nomination in 1980. Largely writing mystery thrillers, he’d also focus on producing a number of non-fiction books too, featuring a range of subjects, including art and plastic surgery. A highly versatile author, he has always been held in high esteem by both readers and critics, thanks to his factual yet entertaining style.

Publishing his first book in 1989, John Sandford would begin his career with the novel Rules of Prey, which would also be the first in the ‘Prey’ series of novels. The series would feature the case-files of the maverick detective Lucas Davenport, as he works for the Minneapolis Police Department, dealing out his own brand of justice. Taking the supporting character of Virgil Flowers, Sandford would then give him his own self-titled series, starting with Dark of the Moon in 2007. Working for the Minnesota Bureau of Criminal Apprehension, Flowers was initially inducted into the BCA division by Davenport, thus linking the two series together. Some of his work was written under his own name of John Camp, including the first two novels of the Kidd series, which began with The Fool’s Run in 1989, but mostly he wrote under his moniker of Sandford.

Writing with other authors too, such as Michele Cook on his Singular Menace series beginning in 2014 with Uncaged, he’s proven to be a reliable and consistent novelist over the years. This has seen his work being brought to the television, with the made-for-TV adaptation of his 1995 book Mind Prey, coming out in 1998 starring Eriq LaSalle in the lead-role of Davenport. There would also be the 2011 film adaptation of his 1999 novel Certain Prey, with Mark Harmon as the leading protagonist this time round. Winning the full Pulitzer in 1986 for his Farming Family articles, along with the Distinguished Writing Award that same year, he’s an author who’s created many notable highlights that are still enjoyed to this day.

In my own opinion, these are the top five best books to come from John Sandford, ranked in order: 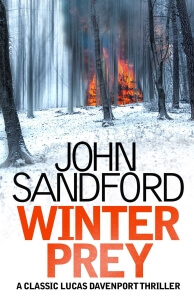 Hot on the trail of the Iceman, Lucas Davenport has the ever determined serial-killer set dead in his sights, his tracks now covered in blood. Knowing his every move, the Iceman always seems to be just one step ahead of Lucas though, despite Davenport’s best efforts to pin him down. How is it that the killer seems to understand Lucas so well, and what is it going to take to finally capture him and bring him to justice?

This is a masterpiece in suspense, as Camp knows exactly how and when to turn up the tension for the reader. Taking place in the cold of the American north, its backdrop of snow really plays well to the ambiance of the thriller. Unfolding at just the right pace, it’s definitely a classic, in what is the fifth title in the Lucas Davenport/Prey series of novels. 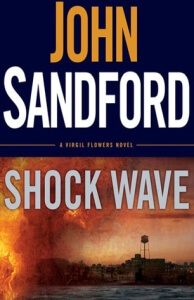 Set on moving in to a small-town in Minnesota, local groups are angry about the arrival of the new supermarket PyeMart. Looking to protest its arrival, they feel it’s both detrimental to the local economy, and to the environment as a whole, as they argue against it. That’s when a bomb goes off, and Virgil Flowers needs to investigate who’s behind it, as he attempts to get to the bottom of the case in hand.

This would be a strong entry into the Virgil Flowers series of novels, with it being the fifth title in the series. A taut and lean mystery thriller, it’s a lot of fun, and it really kept me guessing all the way, with its labyrinthine plot that I never once felt lost in. Driving towards the final conclusion, I was eagerly anticipating the climax, whilst simultaneously never wanting it to end in this thrilling story. 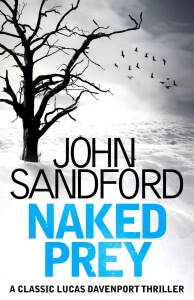 Moving up to state level, Rose Marie Roux is taking Lucas Davenport with her, as he follows his boss onto new pastures, whilst he’s now become a father and family man at home. That’s when he gets a new case despite trying to keep his life a little more calm and serene, as he’s met with a complex mystery. In the woods of Minnesota, the body of a black man and white woman hang from the trees, and everyone believes it could be a lynching, but it could be something else, as Davenport looks closer.

Shaking things up for the character, Sandford makes sure to not let Lucas Davenport become stale, this being the fourteenth title in the series. The mystery has lots of depth to it, allowing the characters plenty of room to evolve, as the world and their life around them is developed. I really enjoyed this aspect along with the mystery itself, as it really gave the series and the character another dimension. 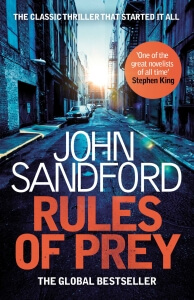 Terrorizing the Twin Cities, there’s a murderer named ‘Mad-Dog’ who’s not only insane, but brilliantly intelligent too. Constantly remaining one step ahead of the police, he revels in leaving obstacles behind after each of his kills, which he does for the pleasure and thrill. Now Lieutenant Lucas Davenport is on the case, and the killer may have finally met his match, as it appears he could meet justice after all.

This was where it all began for Lucas Davenport, it being the series debut introducing him for the first time. I appreciate this entry as it still stands the test of time to this day, remaining just as thrilling as it always was, regardless of how many times I return to it. Meeting Lucas for the first time is always fun, as he’s so engaging and compelling, making me feel as if I really know him. 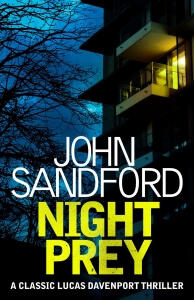 Returning to duty after suffering from a gunshot wound, Lucas Davenport has to now save the political life of Rose Marie Roux, the police chief and his boss, as she has her eye on the senate. Partnered with the strong-willed Meagan Connell, her and Davenport must now track down a sex-crazed killer who’s murdering women. Then there’s the case of an elderly woman who died in mysterious circumstances, allowing the local criminal element to conduct a real-estate scam in her name.

With both sad and funny moments, this story is one of Sandford’s best, as it manages to capture everything a good thriller should. Not leaving anything out, it really worked for me, as not only was the story engrossing, but the characters felt wholly real as well. It’s the sixth Lucas Davenport novel, but it can also work as a stand-alone, although I really appreciated the evolution of the character being a long-term fan of the series.

Best Authors To Read If You Like John Sandford:

James Patterson: For many the name of James Patterson will need no introduction, as he’s an American author who’s synonymous with high-stakes thrillers. Creating the well known Alex Cross series, he’s become a permanent fixture upon bookshelves all over the world. Not just writing thriller novels either, he’s also written Young Adult fiction, along with children’s literature too.

Janet Evanovich: Starting out writing romance novels, the American writer would soon move on to producing mysteries and thrillers. Having fun with her stories and characters, she brings the reader in with a sense of familiarity, much like Sandford’s work. This is a definite must for any fans of the genre looking for something different, as she’ll constantly keep you guessing every step of the way.

Michael Connelly: The American writer Michael Connelly is well known for his Harry Bosch detective novels, as they’ve gone on to be adapted for a long-running Amazon Prime show. Using the conventions of the detective noir novel, he turns them on their head, creating something entirely new in the process. Previously working as a criminal reporter, his stories are extremely realistic and believable too, as you can imagine yourself there throughout.

Harlan Coben: Perfecting the art of the multiple twist, all thriller fans are in safe hands with the American mystery author Harlan Coben. Creating a multitude of different narrative strands at once, he’s able to effectively remain several steps ahead of the reader. Now moving towards creating television shows for Netflix too, he’s a writer who’s going to be around for some time yet.

Patricia Cornwell: American novelist Patricia Cornwell has produced a large number of very well received crime and thriller novels. What she’s most notable for however, is that of her sense of realism, as she has an encyclopedic knowledge of forensics. This has led to many working in television citing her as a key source of inspiration when it comes to creating police-procedurals and dramas.

The Writer’s Block – John Sandford: Providing a straight-forward interview with the author, this is a fun and interesting look at Sandford’s work and life. It’s easy-going and to-the-point, in an informal chat with the author.

North Avenue Lounge – John Sandford: Examining the differences between commercial fiction and literary writing, Sandford looks at where his own work lies. Giving some insight into his own career, it’s an engaging and informative interview.

Writer’s Bone – John Sandford: Talking to the host Sean Tuohy, Sandford examines his novel ‘Twisted Prey’. Looking at how it came to be, he provides insight into how it was written and where his inspiration came from, in this fascinating window into his creative process.