As a writer of critically acclaimed crime novels, the American author Patricia Cornwell is unsurpassed in her field. Known for her distinctive and evocative style, she’s well regarded for her sense of realism, a style that many other authors have been inspired by and have tried to capture since. Creating strong characters too, she really understands the framework of the genre she’s working within, bringing to life numerous characters and personalities that leap off of the page. Using forensic science as the basis for a lot of her novels, she brings a very grounded sense of concrete authenticity to the genre, something she’s also successfully brought over into writing for television.

She would start out writing for the The Charlotte Observer in 1979, moving her way up to becoming a reporter for the paper, bringing to light many serious issues such as prostitution. This attention to detail can be seen reflected in her fiction, as she would go on to write Postmortem in 1990, which would be the first in her series of much loved Kay Scarpetta novels. These would focus on the character of Scarpetta, a Medical Examiner who solves various cases by deducing the clues at hand. Prior to this she would write the non-fiction biography A Time For Remembering in 1983, charting the life of the author Ruth Graham Bell. There would also be other series she would create, such as the ‘Andy Brazil/Judy Hammer’ novels, starting with Hornet’s Nest in 1996. She’s also produced children’s literature, such as Life’s Little Fable in 1999, showcasing her versatility as an author.

No stranger to television either, various treatments have looked to her work when aiming to achieve a certain level of realism, so much so she even appeared as herself in a 2012 episode of ‘Criminal Minds’ titled ‘True Genius’. Over the course of her career Cornwell has won plenty of awards too, including the Edgar and Macavity for her first novel, and numerous others as time went on. This has led to her becoming a hugely influential bestselling author worldwide, with plenty of important highlights throughout her career.

My own personal top five Patricia Cornwell books are as follows: 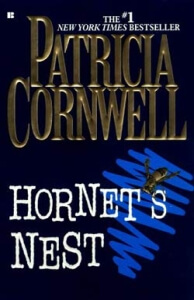 Detective Chief Virginia West is reluctant to have the reporter Andy Brazil come with her on patrol; an order that’s given for improving public-relations for the police department. He seems clumsy and is getting in the way of work and, on top of this, everything at the station seems designed to trip her up, as she finds herself struggling to keep above it all. Then, not only that, but it appears that there’s orange colored bodies turning up all over town, as she must find out who’s behind it all.

Setting up the series of Andy Brazil novels, featuring the reporter turned rookie cop, this is a great opener to the franchise. Introducing a line of new characters, this would take Cornwell’s work in a different direction, whilst still remaining true to her love of the genre. The passion she feels for the format is clearly here, as she creates an effective and suspense fuelled story, filled with drama and mystery. 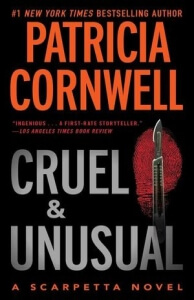 Following the execution of the murderer Ronnie Waddell, Kay Scarpetta is called in as the medical examiner to inspect his corpse. That’s when a killer strikes, but it seems that the prints of Waddell were found nearby the body, in a killing that resembles his style. Investigating further, Scarpetta must now work out who the killer is, and why it seems there’s a dead man on the loose.

There’s so many intriguing elements in this fourth Scarpetta novel, with constant questions being asked, and this was something that really appealed to me. It kept me hooked for the entirety of the novel, and I just couldn’t put it down, with its compelling story full of suspense. The character development was also really well done, as we got to see another side to Scarpetta that we never saw before. 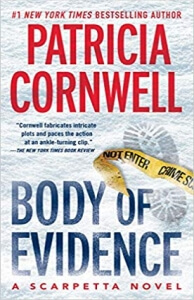 The writer Beryl Madison is terrified, fearing for her life, as she’s experiencing death threats and harassment of a highly aggressive nature. Briefly escaping to Key West, she then returns to Richmond, and that same night she’s killed, but it appears that she opened the door for the murderer. Nearly decapitated by the killer, the medical examiner Kay Scarpetta must piece together the clues, wondering why the killer was let in, and why there’s missing pages to her latest manuscript.

In the second entry into the Kay Scarpetta series, this was where the character was cemented as a force to be reckoned with. One of the key features of Cornwell’s writing has always been how she brings the audience in, allowing them to identify with the story itself. This book is no exception to that, as it excels in propelling the series forwards, filling it with suspense and tension throughout. 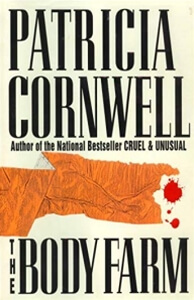 The sleepy town of Black Mountain in North Carolina was the last place that people thought a killer would strike, but all that changes when the body of an eleven year old girl is discovered. Sending shock-waves through the community, the medical examiner Kay Scarpetta is dealing with a similar investigation in Virginia. This leads her to believe that there could be a connection, and what of the research institute dealing with decomposing bodies given the name ‘The Body Farm’?

This was the fifth novel in the Kay Scarpetta series, and it would take the franchise up a level for me. Really getting into the character, it manages to develop the world of Scarpetta, showcasing her talents as a medical examiner, along with Cornwell’s own talents as a writer. Delivering an exciting and dark instalment of the franchise, it fully involves the reader, looking into the past of the Scarpetta herself, bringing her forwards and fully evolving her. 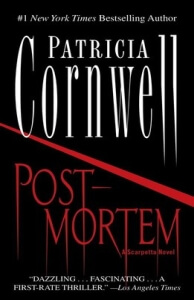 Leaving a trail of carnage behind them, a monster is on the loose, as a killer wreaks terror across the city, with four dead women left behind him. They had nothing in common, and now they’ve fallen victim to the same tortured demise, as the killer continues their reign of terror. Now medical examiner Kay Scarpetta must deduce the clues, all whilst dealing with obstructions from within her own department, as well as someone wanting her dead.

This was essentially where it all began for Kay Scarpetta as a character, and for the career of Patricia Cornwell as a whole. Delivering a fresh new and exciting take on the genre, it was a great debut featuring everything that you’d want from a novel such as this. The world felt tactile and real, giving it a grounded feel that I could really immerse myself in, and leaving me excited for the series that was to come.

Best Authors To Read If You Like Patricia Cornwell:

Karin Slaughter: The American writer Karin Slaughter has an extremely vivid style of writing, as she really draws her subject matter out. Giving her stories a gritty edge, they work so well because of the empathy and compassion she places at the heart of them. A true master of the craft, it’s easy to see why she’s so popular, writing in a manner which is extremely accessible to readers worldwide.

Tami Hoag: Writing romance and thriller novels, the American author Tami Hoag is a worldwide bestselling novelist with a huge international audience. Able to combine the genres, she writes in a style that is very much her own, saying something unique in the process. It is the characters that she creates that really stand-out though, as they bring her stories to life, making for highly compelling reading.

Thomas Harris: The American author Thomas Harris is seen as a household name for many across the world, having created a number of iconic characters. One of the most notable that he wrote was that of Hannibal Lecter, who would be introduced for the first time in the 1981 novel Red Dragon. This would also see his work go on to be adapted into the famous films starring Anthony Hopkins as the erudite serial-killing cannibal.

Tess Gerritsen: Much like Cornwell, the American writer Tess Gerritsen also focuses on medical thrillers, having a background in the subject herself. After working as a physician she would turn her hand to writing full-time, thus lending her work a high degree of authenticity. This has seen her become a huge name in the industry, with her bestselling novels that are appreciated by scores of readers all over the world.

Robert W. Walker: Writing over fifty thriller novels and counting, the American author Robert W. Walker is an extremely prolific one. Similar to Cornwell, he writes the Jessica Coran series, which features the eponymous medical examiner who uses her skills to solve different cases. Adept at creating both suspense and terror in his readers, he really knows how to elevate his material, creating something entirely unique in the process.

Gratitude and Trust – Patricia Cornwell: Examining the creative process of writing, Patricia Cornwell looks at her own work and where her ideas come from. It’s a fascinating study of how she goes about creating her novels and what goes into them.

Star Talk Radio – Solving Crimes with Science, with Patricia Cornwell: Speaking with Neil deGrasse Tyson, Patricia Cornwell looks at the science of her novels, and forensic science in general. Funny and entertaining, it’s a light-hearted break-down of her stories and the scientific facts behind them.

Meet the Author – Patricia Cornwell: Discussing her novel ‘Dust’, this breaks down what went in to the creation of the book. Looking at the themes and ideas behind it, Cornwell speaks about how she wrote the novel.