A master of the craft, the name John Grisham is synonymous with the legal thriller, being a household name for quite some time now. Translated into over 42 different languages and published all across the world, he’s highly regarded as being at the forefront of his genre. With a background in politics and law too, he writes from a place of authority, having had first-hand experience within the American legal system. Looking at crime fiction as well, he’s gifted in the art of suspense, building tension to boiling point as he holds the reader on the edge-of-their-seat not letting go.

Working as a lawyer prior to becoming a full time writer, it would be this line of work that would come to inspire Grisham’s first novel. Overhearing the case of a young twelve year old girl who, in 1984, had been brutally raped and beaten, Grisham studied the trial, using it as the basis for his debut. Releasing A Time To Kill in 1989, the book would study the attack upon a young girl, and the lengths her black father goes to for revenge, and the racial tensions this brings up in the deep south of America. Courtroom dramas would make up the majority of Grisham’s output, these being something he has excelled at over the years. Quickly following his first novel up with his second book titled The Firm in 1991, his fate as a highly successful legal thriller writer was sealed.

This would also lead to a series of equally successful Hollywood adaptations of his novels too, with Joel Schumacher directing ‘A Time To Kill’ in 1996, and Sydney Pollack directing ‘The Firm’ in 1993. Both would be met with success, reaching large numbers of the public and securing John Grisham’s status as a bestselling author for years to come. Over the course of his career he’s had many highlights, along with plenty of awards, with some standing out from the rest.

In my own personal opinion, these are the top five books that stand out for me: 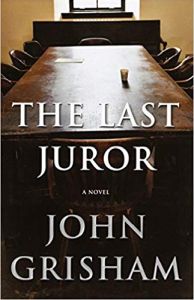 Taking over ‘The Ford County Times’, young college dropout Willie Traynor assumes control of a bankrupt local newspaper at just 23 years of age. Then, following the brutal rape and murder of a local mother, Traynor reports on the case after it’s revealed that the perpetrator is a member of the notorious Padgitt family. Tried for life in a court of law, Danny Padgitt promises revenge against the juror, which he then gets a shot at when, just nine years later, he’s let out on parole.

Combining big action courtroom with small-town lawyers, this loose prequel to ‘A Time to Kill’ is a great document of its era. Acting as not only an evolution in the story itself, it’s also an evolution in Grisham’s outlook as an author, this being written twenty years after the first. Fascinating in how it analyses issues of racism, it manages to look at the problem through fresh eyes, giving a new perspective to what came before. 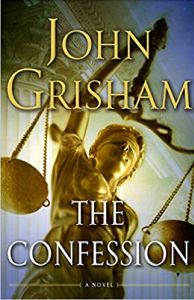 Back in 1998 Travis Boyette would abduct and rape the local high-school cheerleader, burying her body never to be found again. Following this Donte Drumm, the local top football star, is convicted for the crime, whilst Travis sits back and watches from the sidelines. Nine years later Travis has been paroled for a different crime, now with an inoperable brain tumour, whilst Drumm is just days away from execution on death row. Finally letting his conscience speak for him, Boyette decides to do the right thing for once in his life, and speak up about what he did, but will he be able to convince anybody of his guilt?

Dealing with some tougher issues once again, John Grisham definitely doesn’t shy away from certain subject matter. Asking some of the bigger questions, it manages to break down these ideas of truth and justice through its tensely paced narrative. With strong character arcs too, its a confident and intelligent story that really makes the most of its premise and format. 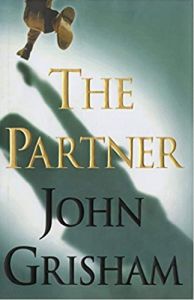 After being watched for days by certain people, Danilo Silva is taken in after residing quietly in Brazil, looking much thinner and speaking a different language. Many years prior he was believed to have stolen a great fortune, despite him now living a life of modest and humble means in a back street alley. Watching his own burial as Patrick many years ago, that person died after the ashes of what they believed to be him were pulled from a burnt car.

The mystery surrounding the life of Patrick Lanigan and his time at the Biloxi law firm is well represented here on the page. Asking plenty of questions, it really keeps the reader guessing as to what actually went on with him all those years ago. Filled with suspense and intrigue, this is a tense thriller, expertly crafted by Grisham, doing what he does best. 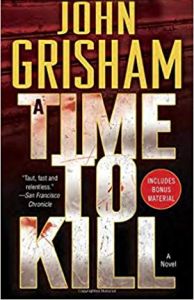 This looks at the case of a young ten year old girl who is brutally attacked by two drunken men, shocking the town of Clanton, Mississippi. Taking matters into his own hands though, the father decides to wreak vengeance upon the two men, killing them both. With this being the deep south racial tensions are raised, as the father is brought to trial, with defence attorney Jack Brigance attempting to save the father’s life and his own.

Tackling a number of serious issues, this really does have everything, as Grisham isn’t afraid of dealing with more difficult themes. This makes it especially powerful given that it’s a debut based on a real case, giving it all the more impact upon its release. It would also become a film starring Matthew McConaughey and Samuel L. Jackson in the lead roles, released in 1996. 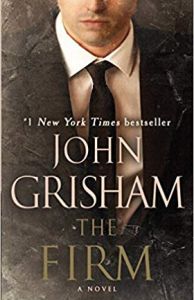 Mitch McDeere seems to have it all after signing on at ‘Bendini, Lambert and Locke of Memphis, with him and his beautiful wife Abby well on their way to success. The words of his brother Ray, who’s now in jail, ring in his memory, reminding him that nobody gets something for nothing. This warning becomes all the more important as the law firm shower him with bonuses, including paying off his student loan, his mortgage, and hiring a decorator, leading to the FBI coming round asking questions.

This would be the book that really established the definitive John Grisham brand of legal thriller, set in a murky world of conspiracies and lies. Facing corruption and power, the protagonist of Mitch McDeere is really pushed to the limit in a nail-biting suspense fuelled novel. In 1993 this would see Tom Cruise portraying him in the lead-role, in what was also an extremely exciting classic drama.

Best Authors To Read If You Like John Grisham:

Scott Turow: Having written eleven fictional novels over the course of his life, Scott Turow has been writing legal thrillers successfully since the 1970s. Prior to this he would also study in law, attending Harvard, which he would later write about, documenting his time spent there. With films adapted from his novels too, with four made so far, he’s definitely a writer with plenty to say on the American justice system.

Lisa Scottoline: A number one bestselling author, Lisa Sottoline is highly regarded thanks to her tense and exciting legal thrillers. Prior to working in literature she would work in law, giving her the insight she needed to write authentically on the profession. This experience clearly shows, as she has successfully produced a number of well received suspense filled books over the years.

Stephen L. Carter: Writing on many social issues, Carter has a lot to say about the American justice system, something which he does effectively through his many legal thrillers. Working as a columnist too, he’s written extensively on social policies, talking about various important topics, as well as being a bestselling author. Putting a lot of his own ideas into his fiction, he’s got a strong voice that really sets him apart from the rest in his field.

Harper Lee: Winning the Pulitzer Prize during her lifetime, ‘To Kill A Mocking Bird’ published in 1960 has been heralded as a classic over the years. With Atticus Finch being the moral guiding light of the novel, it looks at issues of race and racism, whilst not shying away from some of the more difficult issues. Similar to Grisham as well, she has also had her work turned into a classic film starring Gregory Peck in the lead-role, which was released in 1962.

Allison Leotta: Publishing legal thrillers with an edge of domestic suspense, Allison Leotta is a gifted author with a background in law. Looking to both entertain and educate her readers on the ways in which the American legal system works, she has become bestselling author worldwide. Creating series such as the ‘Anna Curtis’ novels, she has been building a loyal following of fans for quite some time now.

The B&N Podcast – John Grisham: Looking at his first book, this is a brief but illuminating look into how and why he became a writer. Detailing the lead-up through his career in law, it’s an interesting analysis of his work.

Bill Moyers Journal – John Grisham: This provides a more in-depth interview with the author, going over his life and work in detail. Talking about his beliefs and ideas, it’s perfect for any fans wanting to find more.

Longform – John Grisham: Talking in detail about his work and influences, Grisham has a lot to say here. In a laid-back interview, this really covers a lot of ground.