Tense and suspense fuelled legal thrillers are synonymous with the name of American author Lisa Scottoline, having built a brand for herself that’s recognized worldwide. Previously studying and working in law herself, the novels she’s created really do bring a sense of realism to the genre quite unlike anything else out there. Using her own experience, she writes with a sense of authority, producing well crafted mysteries that resonate with the reader, regardless of their own knowledge of the subject. It is her characters that are also strong, keeping the readers hooked to her addictive style of writing, drawing them in and keeping them guessing till the end.

Starting out working for a law-firm, Scottoline would leave following the birth of her daughter, as she would go on to take up writing full-time. Publishing her debut in 1993, she would release the first book in the ‘Rosato and Associates’ series, titled Everywhere That Mary Went. In 1994 she would publish the stand-alone novel Final Appeal, which would go on to receive an Edgar Award in 1995. She would also release the ‘Rosato and DiNunzio’ novels, the first of which would come out in 2013 under the title Accused. Contributing to various other series too, such as Naked Came The Phoenix in 2001, she’s also worked with many other famous authors.

Writing a lot of non-fiction as well, she’s also highly regarded for a column in ‘The Philadelphia Inquirer’ called ‘Chick Wit’, which she writes regularly with her daughter. Over the course of her writing career she’s won countless awards, as well as reaching the top of the NYT Bestseller List on numerous occasions. All of this has led to critical and commercial success worldwide, with plenty of noteworthy highlights throughout her impressive body-of-work.

Here’s my own personal favorites from Lisa Scottoline’s body-of-work: 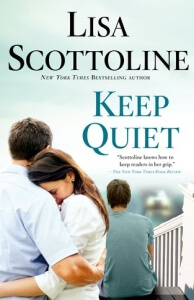 Looking to bond with his son Ryan, Jake Buckman is taking him home from the cinema one evening when his son asks to go to a deserted road. It is here they are involved in an accident, and Jake makes himself complicit in order to protect his son and his future. They must now both keep the secret between themselves of what happened there after Ryan took the wheel, as the crushing weight of silence comes down on them both.

This handles some difficult subject matter, as Lisa Scottoline asks about the lengths parents go to protect their children. It’s managed with a great deal of care and compassion, and I really couldn’t put the book down, finding myself fully engrossed in the world and the characters. Emotionally involved with the story, I really enjoyed this stand-alone title, and it showcases the true scope of Scottoline’s talents as an author. 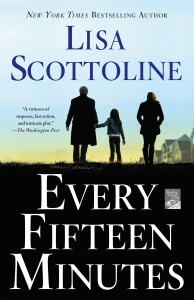 Working in Philadelphia in the Psychiatric Unit of the Havemeyer General Hospital, Eric Parrish is a caring and resourceful father to his seven-year-old daughter Hannah. As a single dad he struggles to get by, and that’s when his new patient, the seventeen-year-old Max, comes into his care. Dealing with his own terminally ill grandmother, Max is coping with serious mental-health issues, and then a girl that Max liked is found murdered, leading to Eric’s world breaking down around him.

This is an extremely heartfelt story from Lisa Scottoline, taking a more serious tone again, as she looks at heavier issues surrounding mental-health. It’s mystery elements are also deftly handled, as it keeps you guessing, whilst also not getting in the way of the themes of the book overall. Keeping me involved with the story emotionally, it definitely hits some harder subject matter, but I felt invested in it right till the end. 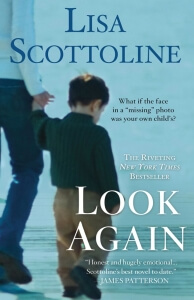 Seeing a missing boy flyer, the reporter Ellen Gleeson is struck by how similar the child is to her own adopted son. This then leads to her investigating the case, as she asks herself some serious ethical questions as to the history of her own child. Forced to maybe face some unpleasant truths, she continues the search, all the while risking losing her own family in the process.

Working as a stand-alone, this is a great mystery filled with personality, as it carries all the classic trademarks of a great Lisa Scottoline novel. Asking lots of deeper questions about family, this tackles some tougher issues with a great deal of tact and care. Providing some bigger ethical questions, I constantly found myself questioning the characters actions throughout, putting myself in their place, something that I really admired Scottoline for. 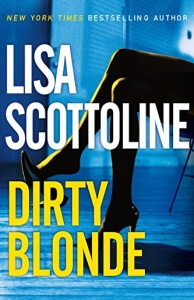 Coming from a tough working-class background, the strong and resourceful lawyer Cate Fante feels a bit of an imposter, despite her cool demeanour. She’s then given a case whereby she must rule in favor of a sleazy television producer after he stole the ideas of a Philadelphia ADA, something she was reluctant to do. Following the ruling she’s about to get involved with a man from a bar, when it turns out that he’s aggressive and she just manages to escape, only to later find out he was involved in a fatal altercation with the TV producer later that night. With both parties dead, Cate now finds herself thrust into the limelight, as the media drags out her private life, leaving her struggling to keep her head above water.

As a stand-alone title, this definitely managed to keep me intrigued, with its entirely new premise and world created. It takes the thriller genre and really runs with it, using the conventions that I know and love, and turning them on their head. There’s also a lot of humor gently peppered throughout too, which really took it up a level for me, as it was a highly entertaining read. 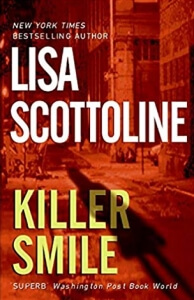 Faced with a new case surrounding the apparent suicide of an Italian fisherman who killed himself at the outbreak of the Second World War, Mary DiNunzio finds herself taking a trip into the past. With the estate of his son now seeking reparations, he hires Mary to sue, as she aims to help vindicate the fisherman Amadeo and his legacy. Meanwhile she aims to get her own life in order, as others seem to want to fix her up with people, whilst she’s content being alone.

This is a great story as it combines personal elements with a mystery in a manner which really kept me engrossed. Never glossing over anything, Scottoline is able to combine story and character with expert precision, not letting one get in the way of the other. The story as a whole came together, in what is the ninth instalment of the long-running ‘Rosato and Associates’ series.

Best Authors To Read If You Like Lisa Scottoline:

John Grisham: As authors of legal-thrillers go, there’s nobody quite like the writer John Grisham, with his intense and exciting brand of fiction. Tackling many serious themes and issues through his work, he’s definitely earned his position the the forefront of the genre. With films having been adapted from his work as well, he’s got a distinct style that fully draws you in, holding you on the edge of your seat.

Francesca Serritella: Although she’s somewhat of a departure from the brand of legal-thriller that Lisa Scottoline writes, as her daughter she shares many similar sensibilities. Writing with a great deal passion and warmth, her books are filled with good humor, in a manner that readers of Scottoline may find familiar. Largely focusing on non-fiction and memoirs, she’s a gifted writer with a lot to say, having produced many of her own columns, some of which she’s also written with her mother.

Scot Turow: An acclaimed writer of legal-thrillers, the American novelist Scot Turow is extremely well regarded within his field. Clearly understanding the craft and what goes into it, he really knows when to bring in the many twists and turns. He’s a great example of the genre, having become a bestselling author worldwide, whilst also working in Hollywood on various adaptations too.

Harper Lee: While she only wrote one major book, with another released posthumously, the legal genre, and literature as a whole, is indebted to the writer Harper Lee. Although she did produce other work, it is her 1960 novel ‘To Kill a Mockingbird’ that really set the standard for things to come. Seeing a film adaptation of the work too, it’s become a milestone ever since, dealing with issues of race that really was quite revolutionary for the time.

Michael Connelly: Typically writing noir novels, the American author Michael Connelly would also write the Lincoln Lawyer series. This would focus on the character of Mickey Haller, a smooth talking Los Angeles lawyer working out the back of his Lincoln Town Car. The series is a lot of fun, and would also be made into an equally successful film starring Matthew McConaughey in the lead-role.

The B&N Podcast – Lisa Scottoline: This provides a straightforward look at the life and work of Lisa Scottoline as an author. Getting to the heart of what drives her, it’s an interesting window into how she came to be a writer.

The Italian American Podcast – Lisa Scottoline: Giving an overview of Lisa Scottoline, this provides another fascinating examination of her work. Talking about her life and inspirations, it’s great for any fans of the author, and of the genre as a whole.

Author Stories – Lisa Scottoline: Looking at her book ‘Someone Knows’, this analyzes what went into the novel. It also gives a rounded examination of how she creates a novel and where her ideas come from.