Readers are always looking for recommendations for clean, non-swearing, profanity-free books to read.

There is no rating system on books so it can often be hard to find clean books to read. A lot of books use bad language and adult themes in the place of telling a cohesive story. It can be quite rewarding to read a book with an interesting plot that doesn’t fall back on bad language to create tension. It is possible to tell a good story without using bad words and the books on this list prove it!

When a lot of people think of “clean” books they think of cozy mysteries or even children’s books. While those do qualify, they are not the full scope of books that you can find that are clean with no swearing. You can also read legal thrillers, action, historical fiction, and fantasy. I tried to grab books from a wide variety of genres to make this list to show that books can be written in any genre while still remaining clean.

Of course, there are a ton of great books that are clean without swearing, and it was very difficult to keep this list to just this five books. So I just did my best to get a little something for everyone in here. If you’re interested in more of these recommendations, let me know in the comments below. 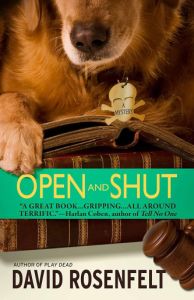 See at Amazon This series by American author David Rosenfelt is a series of legal thriller novels featuring the lawyer Andy Carpenter and his beloved dog Tara. The series began in 2002 with the release of Open and Shut and has continued on a near yearly basis ever since. Rosenfelt’s love of dogs is not just a gimmick for his writing, he actually owns 27 dogs!

Andy Carpenter is a reluctant attorney with a faithful golden retriever named Tara. Andy is an unabashed animal lover and has a well-earned reputation for saving both dogs and humans from death row. Carpenter sets out to solve cases, often with Tara’s help. This is a great series for dog lovers and mystery lovers alike.

Open and Shut sees Andy’s dad, a legendary ex-district attorney in New Jersey, dying right in front of him at a New York Yankees game. That isn’t the biggest shock to Andy though as his father leaves him with two parting gifts: an inheritance of $22 million that Andy never knew he had and a murder case with some serious racial issues. To honor his father and serve justice, Andy will need to dig up some political skeletons including a long-hidden family secret in order to close the case. 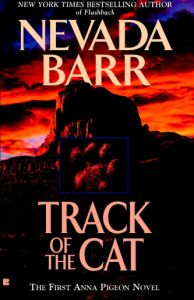 See at Amazon Another long-running series, this one began all the way back in 1993 with the release of Track of the Cat. The series follows Anna Pigeon, a park ranger and detective, and each book takes place in a different national park. Anna is a great character as she has a deep love of nature and brings her own sense of fair play to each mystery.

The first book in the series is called Track of the Cat and sees Anna working her first job as a national park ranger in the remote West Texas back country. It’s not long on the job until a fellow ranger is found brutally murdered. It is a tragedy, but when the cause of death is named as a mountain lion attack, Anna is sprung into action.

The decision to blame the mountain enrages her as she fears that it is up to her to save the protected cats from the locals who will want revenge on the animals. She sets out to prove the truth of the matter which is that the kill was actually done by a species far less rare: humans. 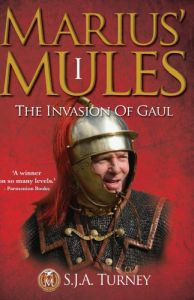 See at Amazon It would be hard to make this list without including some historical fiction by the great S.J.A. Turney. He is an author with a love of all things Roman and this series is his attempt to turn Caesar’s Gallic War diaries into a novel accessible to all. He has had great success in doing so and this series has become one of his signature works. The author has definitely done his research into Roman history which makes each book in this series into a fascinating historical account.

The Marius’ Miles series begins with The Invasion of Gaul. The story begins with Caesar’s first campaign to seize Gaul. His pretense to do so was to end the threat against Rome, a threat that was non-existent as Gaul posed no threat. Turney tells thihs story through the eyes of Front, a Roman legate and friend of Caesar.

Marcus Falerius Fronto is a career soldier and the commander of the Tenth. He is a strong, silent type who wishes for simplicity in his military life, but often finds himself drawn into the world of intrigue and politics that surrounds Caesar. He will quickly learn just how dangerous politics can be and that being an ethical man doesn’t protect him from the risk of being burned.

The Shannara Trilogy by Terry Brooks 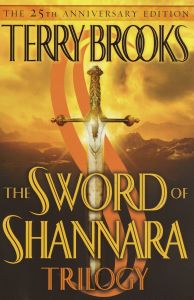 See at Amazon Terry Brooks’ Shannara series has become one of the most popular fantasy tales of all-time with multiple spin-off series of the original series. The original began way back in 1983 with the release of The Sword of Shannara and it is a must-read for fantasy fans.

Shea Ohmsford knows little of the outside world and the wars that have raged over the years. Shea lives in the peaceful Shady Vale where the trouble has stayed away. That all changes when the giant Allanon reveals to them that a supposedly dead Warlock Lord is plotting to destroy the world. The Warlock Lord has great power and the only weapon that can fight it is the Sword of Shannara. However, the sword can only be wielded by a true heir of Shannara which leave Shea, the last of the bloodline. The half-elfin Shea is the only thing standing between the Warlock Lord and all of the other races.

This classic series not only keeps it clean, but offers a wealth of reading material. If you are only interested in the original trilogy, you will be left satisfied. For those looking to go deeper, there is more than enough material to sink your teeth into. 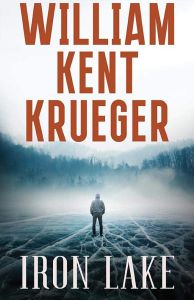 In the first book in the series, Iron Lake, Cork is going through a rough time as he is embittered by the former status of his job and his recent marital meltdown that has separated him from his children. He gets through the day with equal parts caffeine, nicotine, and guilt.

There is not much that can shock Cork as he is a former Chicago police officer on the South Side, but the town’s latest mystery has his interest piqued. The town’s judge has been murdered in a brutal fashion and a young Eagle Scout has gone missing. Cork decides to take up the case as he looks to uncover conspiracy, corruption, and scandal.

Thank you for these suggestions! Always looking for books of this sort; I often read children’s fantasy when I’ve had my fill of over-sexed, overly vulgar “literature.” The longer the list, the better!